Posted on September 7, 2010 by benigmatica 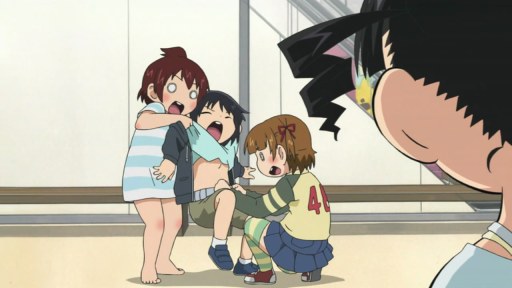 Man, can I describe this as rape? Maybe worse than being a role model of a “pervert” or similar words! I guess Mitsuba is being the butt monkey, including a segment of being sick and cured with a suppository!

Anyway, there’s good news to every Mitsudomoe viewers that there’s more in Jan. 2011, which is the last quarter of the 2010 Anime Season.