Posted on December 3, 2010 by benigmatica

Now with Junichi finding Tsukasa’s secret, there’s no turning back on him. He’s doomed for this arc! DOOMED!!!

Also, Tsukasa is a bit on the “tsun” side… not exaggerated unlike other tsundere types.

Anyway, since Ayatsuji enjoys working hard, she’s prone to worn-out. But hey, at least Junichi visits her so he could look over the student president. Speaking of which, I wish I wanna know how Tsukasa hate Yukari-neechan.

Hmm, I wish that Tsukuhara-sempai would wear a sexy costume for the Miss Santa contest, as suggested by Haruka! Too bad that Ayatsuji doesn’t like it… but Tsukuhara is in! Poor Junichi’s foot.

And although I say foot, means that there is some kissing involved? Not a chance… It’s disgusting to kiss someone’s foot with dog urine on it. 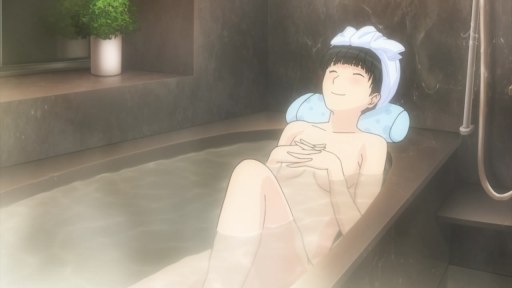 Well, we reached half-point on Tsukasa’s arc! Let’s see how it end up, shall we? Oh, bitchrep!