Posted on February 9, 2011 by benigmatica

Um, if your looking for Jack… He’s behind you! 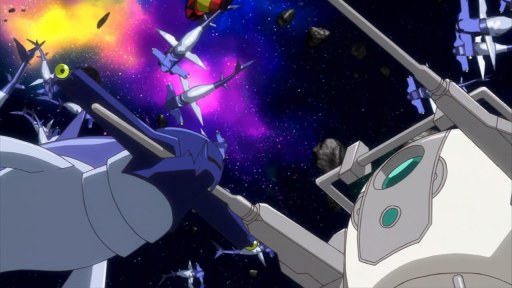 And virtual sharks along the way… What!? But at least Rio and Jack saves Sky Resort’s virtual machine from going haywire… and Rio winning another Gate Card!

Still, that Carlos samurai guy is just goofing around on this episode… Till then, Cartia retreats and thinks of another crazy way on defeating Rio and claiming Howard Resort! (and so was Howard…)