You can’t face the world yet as a eroge seiyuu, Kanna-chan… You’re a mystery to anyone!

Anyway, more eroge voicing for our young actress. Of course, she doesn’t want her two friends to know her secret occupation…

Well, except for Kaizu-kun… Also working in the eroge business with his father! 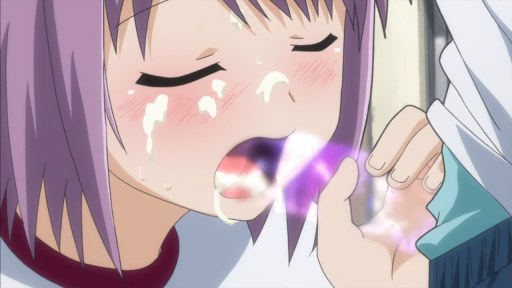 …as explained by Sakanami-san, where the stick feels good when being licked and sucked by girls. Oh, and it tasted like condensed milk too. 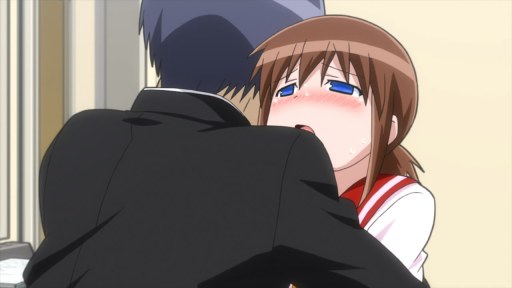 Unless she was hugged closely by Kaizu-kun. But it seems that it works for Kanna-chan! 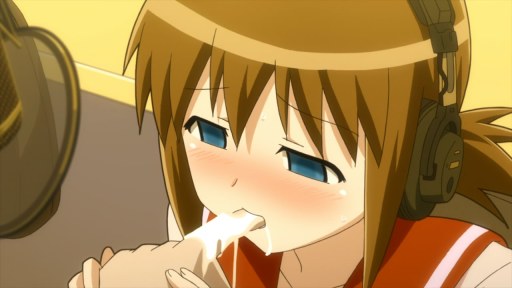 There, there… Keep it going like you’re in Puberty Crazies! See, it’s like you’re licking ice pop with a whipped cream on top.

And then, like last time… She came in front of her male classmate! Yup, you can’t face him now.

Of course, it’s no hard feelings for both of them. They returned to normal like nothing was happened… It’s their job, after all!

Anyway, it’s a good episode. But let’s wait how many episodes will contain in Koe de Oshigoto!