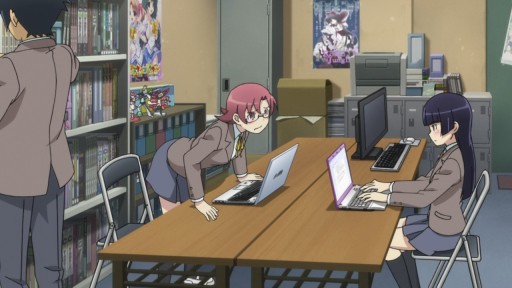 Oh Sena Akagi, are you mad ’bout your game being bashed on 2ch?

And you know what’s worse, someone is fan-raging on Kuroneko being put on a bus… Oh 2ch! 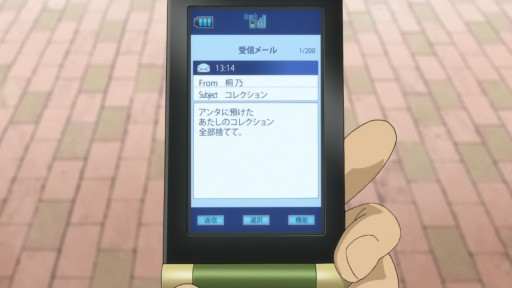 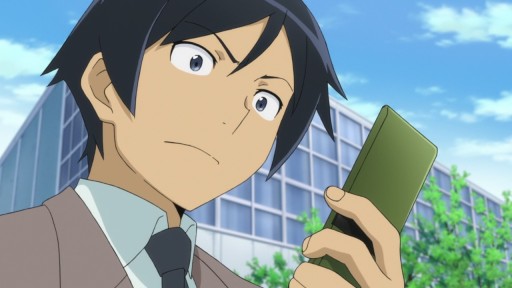 Anyways, Kyousuke received a message from Kirino, telling him to throw away her belongings. Still, Kyousuke’s family and Kirino’s friends are worried sick about her after receiving that message! 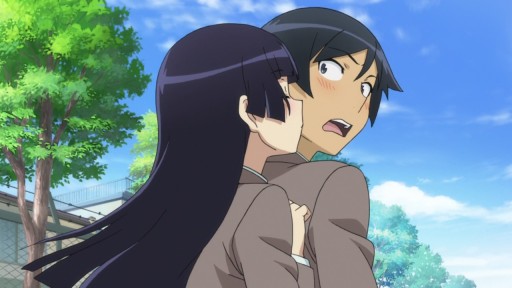 Well then, there is only one thing to do Kyousuke… How about travel to America by yourself!

Don’t forget receiving a curse kiss from Ruri Gokou. Are you teasing him, Kuroneko? 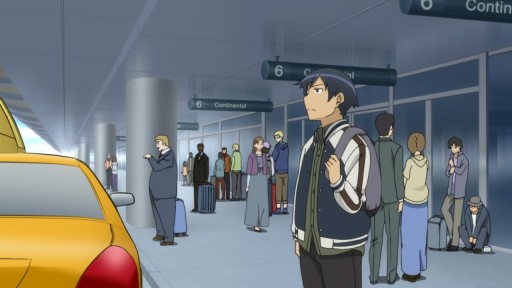 And so Kyousuke traveled to United States in order to find his sister and talk to her!

Eventually, he finally found Kirino inside the training camp! Now go and play some eroge together… 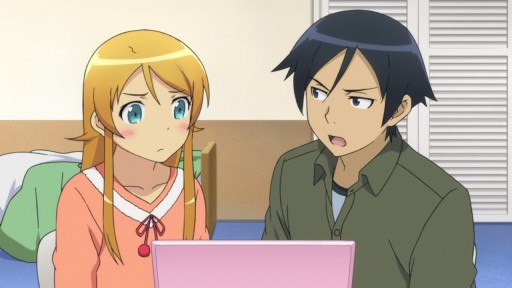 On second thought, forget playing eroge as Kirino might get kicked out, especially where she has a grade-schooler as her roommate.

One more thing, Kirino can’t even beat her peers in sprinting time trials so it’s frustrating for her! So Kyousuke, are you lonely without Kirino? Why don’t you take her back to Japan, that would solve your problem!

With that said, Kyousuke took Kirino back home… but not before beating a grade-schooler in a 100-meter dash in which Kirino finally won! Just wondering how she beat the fastest grade-schooler?

What could I say, that’s the end of OreImo Season 1 and this story about otaku life can’t be this cute!

While Nogizaka Haruka no Himitsu is just hiding their otaku life while going extravagant and doing random things, OreImo is a story about a person struggling his/her secret otaku life while maintaining her reputation in a realistic way.

On top of that, there’s the relationship between siblings as shown where Kyousuke, despite seeing Kirino as an annoying sister, still cares for her. Still, there is so much “incest yay” that I might actually faint if they go beyond that! 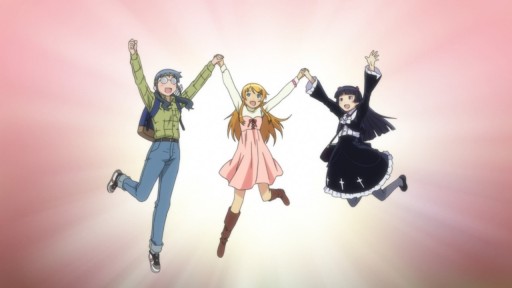 As for this ending of this episode, this is pretty much in line with the novels and it ended pretty much on a high note, especially on the reunion part!

Now let’s go and ask AIC to make another season if DVD sales are good enough… plus a Stardust Witch Meruru spin-off to boot (and make a movie version like Nanoha the 1st for good measure)!

This entry was posted in Ore no Imouto ga Konnani Kawaii Wake ga Nai, OVAs, Movies, and Specials and tagged anime, OreImo, special. Bookmark the permalink.
%d bloggers like this: