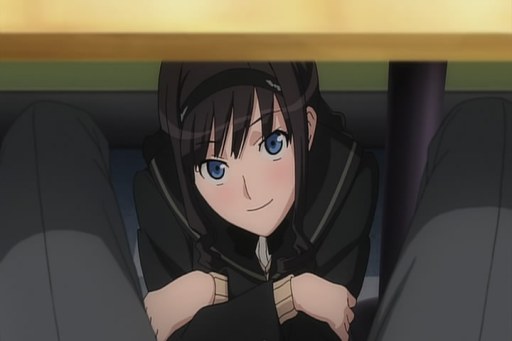 Today’s post, I’ll watch something different… And what a way to celebrate the announcement of the second season of Amagami SS is to watch six OVAs featuring the main heroines of the series.

Um… Why are you here under the table, Haruka?

So the first episode focuses on Haruka Morishima spending her time with Junichi-kun… at a family restaurant where Kaoru works.

Second one is a Kaoru Tanamachi episode where she works at selling Christmas cakes, and then Junichi drops by to see her… looking at her somewhat sexy Santa costume. 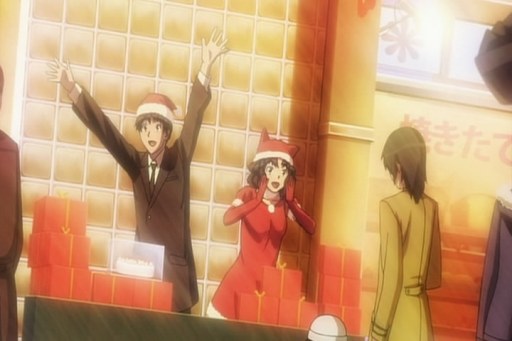 But in the end Kaoru drags Junichi to sell some cakes, because he look at her like a perv! Well, Junichi… take some responsibility. 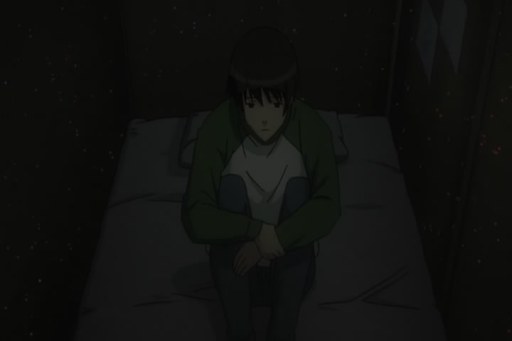 Third episode is Sae Nakata’s episode. Oh, and Jouji Nakata is back as the narrator.

Here, Junichi is alone in his planetarium closet. Isn’t it sad for him being alone on his birthday!

Luckily, Sae-chan visits him with a present in her hand. Lucky Junichi!

Oh, and about the present? It contains various pics of Sae-chan in different costumes! Very lucky!!! 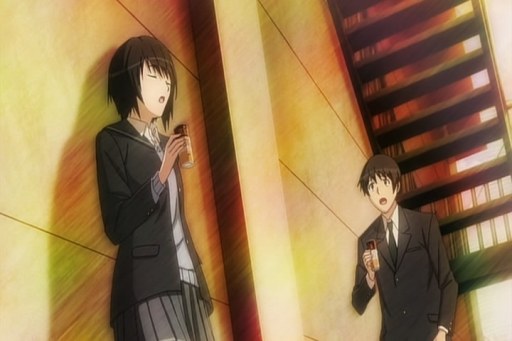 Fourth one is for Ai Nanasaki, where she recalls the day she met Junichi-sempai! Very sweet… 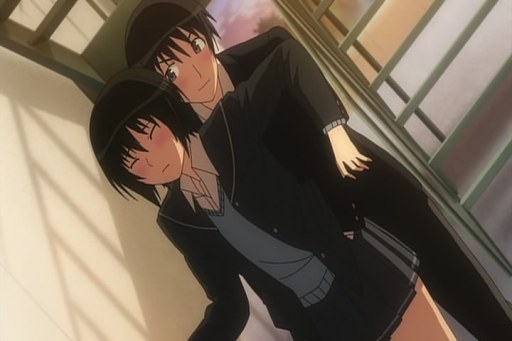 Hey, what the hell are you doing, Junichi!? Are you molesting Nanasaki while calling it skinship?

Good thing it didn’t last long though… And good thing Ai-chan got her spirits back!

Fifth episode is Rihoko Sakurai, who wants her nails being clipped clean like a princess by Junichi! 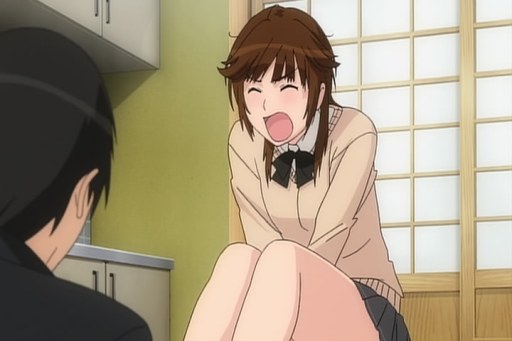 I know that her arc in the TV Series kinda sucked that she’s stuck to friend zone, but I hope that Rihoko can have a good ending when Season 2 comes around. 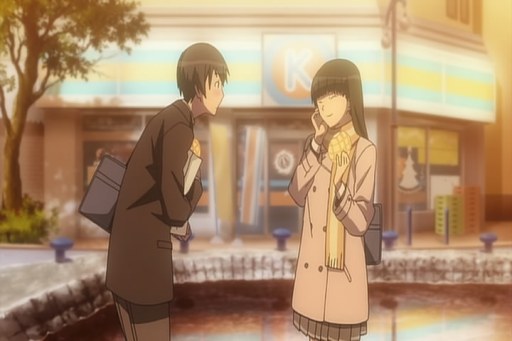 And finally, Tsukasa Ayaatsuji will wrap the short animation series in the sixth episode. As always, she’s quite the bitch to Junichi! 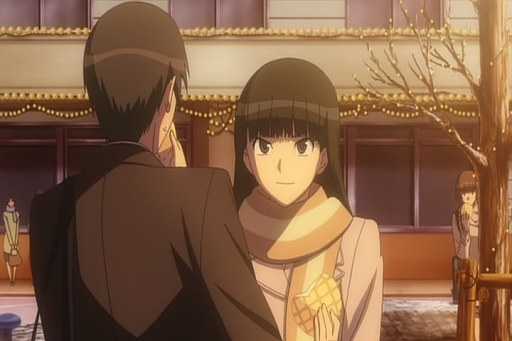 Be grateful that she feeds Junichi with Shana’s favorite food. Chew well and look… it’s that stalker girl named Risa Kamizaki! Quick, run from your lives!

Anyway, that’s it for Amagami SS Short Animation Series! I hope that the second season is not a rehash of the first season. (except for Rihoko who needs a better ending)

This entry was posted in Amagami SS, OVAs, Movies, and Specials and tagged Amagami, anime, ova. Bookmark the permalink.
%d bloggers like this: