Posted on February 7, 2012 by benigmatica

See ya Mikono, looks like it’s Netorare Time for Amata-kun!

It’s nice knowing you… See you on your honeymoon with Kagura!

Sorry, you’re statement is invalid! Time to fly away now…

…all while Shrade plays his symphony of disaster to Kagura! Oh yes, the reason why he can’t pilot the Aquarion/Aquaria is that his Element is too damn strong. So strong that he’ll shorten his life to nil.

And besides, whenever he plays with the piano…

…everybody went for a “kill ’em all!” No wonder he murdered his parents softly with his song.

But unfortunately, Shrade decided to pilot the Aquarion for the first and last time! 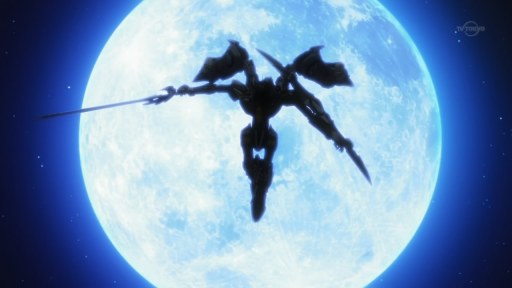 And he felt so good when he fights like a orchestra being played from his heart!

Well, that will keep Kagura away from messing Earth!

However, it seems that he turned into white ash after he played the last piece. Well, no regrets then…

And look what we have here… It’s true that the Abductors have Alicia intact! Man, I wonder what will they do to Amata’s sister?