Posted on February 9, 2012 by benigmatica 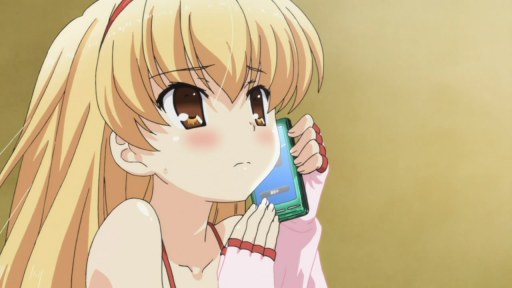 Um, does Yuuta ever told you not to call strangers on the phone?

Even though Yuuta left his cellphone, it’s not advisable to not answer it unless…

…it involves this guy, who is now truly a lolicon!

But don’t worry, Raika is here to keep Sako-sempai in check. That’s right, spank him with your paper fan!

Also, there is an appearance of this girl next door, who happen to be a part-time seiyuu. I guess she’s not that suspicious or anything! 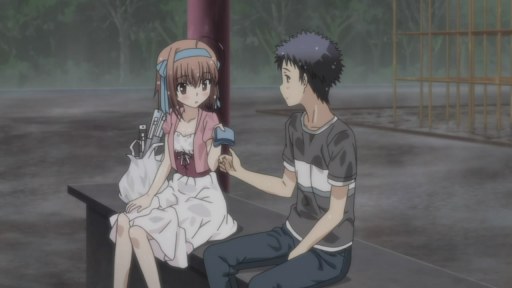 But anyway, this episode is only just Sora calling Uncle Yuuta as “Onii-chan”. Nothing much except for Sora getting lost which prompts Yuuta to find her!

Oh by the way, if some of my older posts have missing images… That means there would be a time that these images will be removed. Most of the images you seen on my posts came from ImageShack, so I would like to apologize for the inconveniences!