Ah, the Arbalest… Nothing like remembering Full Metal Panic! as Ayumu finishes his latest creation

And while they lament on losing Sousuke (or Kashim), please take note that KoreZom and Full Metal Panic shared the same publisher, Fujimi Shobo… Now if only Kadokawa can make a crossover game that pits the likes of Shana (from Dengeki Bunko), Haruhi Suzumiya (from Kadokawa “Tsubaki” Bunko), and maybe… Louise (from Media Factory).

Yeah, let’s just say that Kadokawa Shoten is the “General Motors” or “Volkswagen” of light novels. 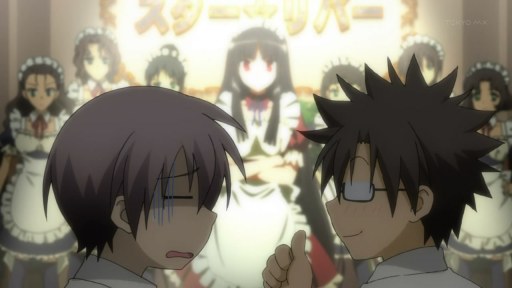 Anyway, Ayumu and Orito are in a tsundere maid cafe. And they’re not here to have fun, they’re here for a challenge against the staff in a tsundere stand-off!

Of course, Ayumu will have to pay his body if he lose the face-off. Man, it would be worse if Gauron is involved!

Oh, and not only Ayumu has to face the likes of Sera and Tomonori, but they got some wildcards to attack Ayumu… 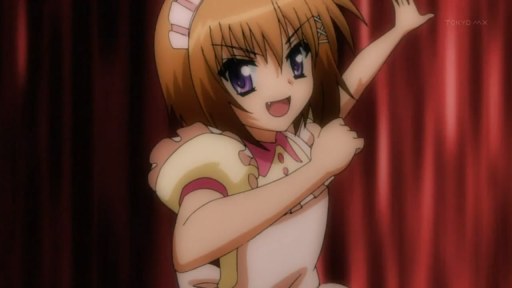 Like Haruna and Eu-chan. Although, Eu-chan is more kuudere than tsundere… 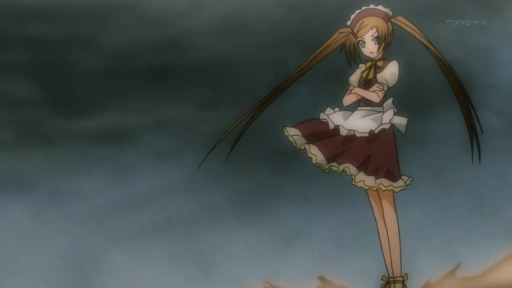 And this final boss, whose name I can’t remember. But she’s damn powerful… 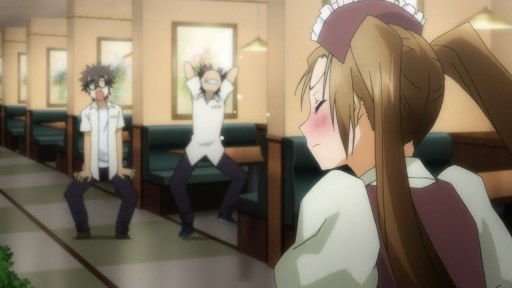 …until Orito confesses to that final boss which let her guard down and lose the match. Good job there, bro!

And so, both of them survived the lion’s den that is the tsundere battle!

Now, I wonder when will Kyouko strike back? I hope it’s next week. 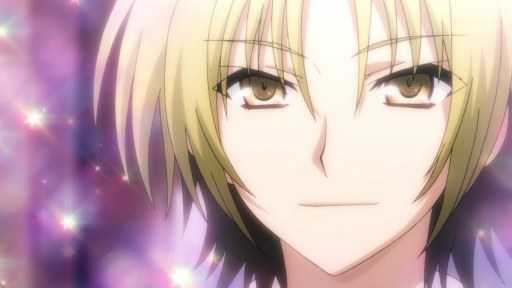 Also, before we go… If you’re wondering why Anderson knows Eu-chan? (Man, I still don’t know who he is right now) It’s because he’s from the underworld, the world where grim reapers and necromancers roam the land.

Now you know, and now let’s move on to the next episode…

And BTW, today’s Delusion Eu-chan is voiced by Mariko Kouda. And while we’re gonna miss Kikuko Inoue, it seems that the Eu-chan army… is still growing.

Man, if only Megumi Hayashibara voiced Eu-chan in later episodes!