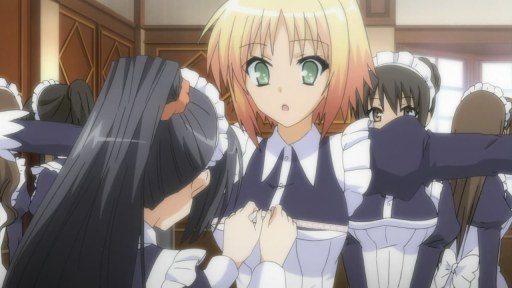 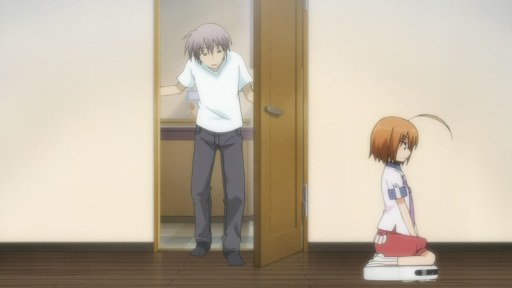 …our heroes are staying home because there’s nothing to do other than cleaning. Hell, even Haruna is vacuuming the floor LIKE A BOSS!

That is, until Eu-chan got a fever… Why did she have to caught a fever on this episode?

Uh, I don’t think Ayumu can’t strip Eu-chan by himself. Besides…

…Haruna might accuse Ayumu as a pervert by kicking him in the neck. Definitely not good!

Still, Ayumu might have a chance to cure Eu-chan’s fever by asking Anderson. That is a great idea!

Unfortunately, some of his suggestions like dancing, stripping, and blowing off her ear on all fours didn’t work out.

Dammit, I wonder if Anderson is just trolling Ayumu for the lulz!?

In the end, Eu-chan’s fever has dissipated after a good night sleep!

Then again, it seems that Haruna has a fever now after taking care of Eu-chan.

But alas, that’s another story to tell…

Oh, and today’s guest for Delusion Eu-chan is Etsuko Kozakura… And yes, I would gladly like her to blow off my rice porridge!

I guess the Eu-chan Army will be limited to just three from now on… “Blow~! Blow~!”