Uh-oh… So that means that we don’t have a Delusion Eucliwood on this episode? Oh noes!

Anyway, Haruna will be Eu-chan while Eucliwood becomes… a normal girl.

And BTW, it’s all Haruna’s fault for sapping Eu-chan’s aura! 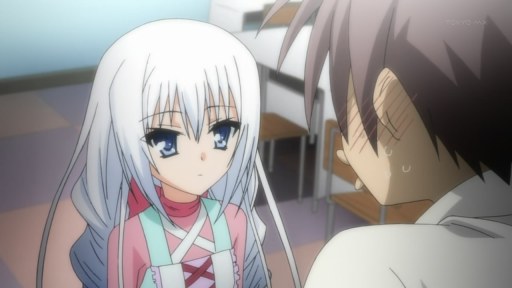 Still, can Ayumu do some fantasies on the now-talking Eu-chan? 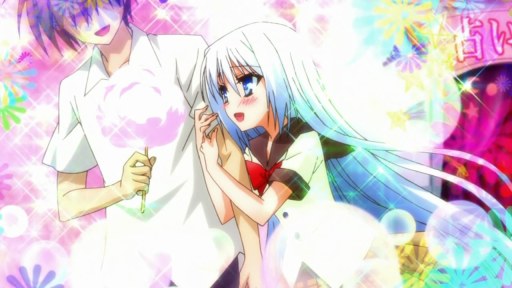 Why yes, Ayumu can still do it! Although there’s no guest voice actress voicing this episode’s Delusion Eu-chan… 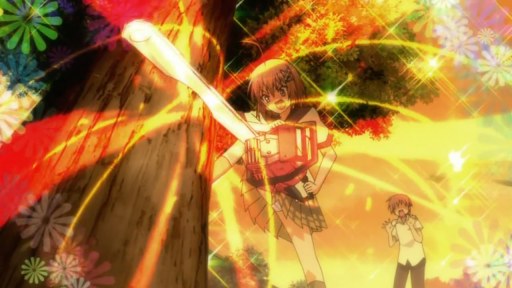 Even Delusion Haruna-chan too. Man, I wish Megumi Hayashibara would do the voice of this week’s Delusion Eu-chan… 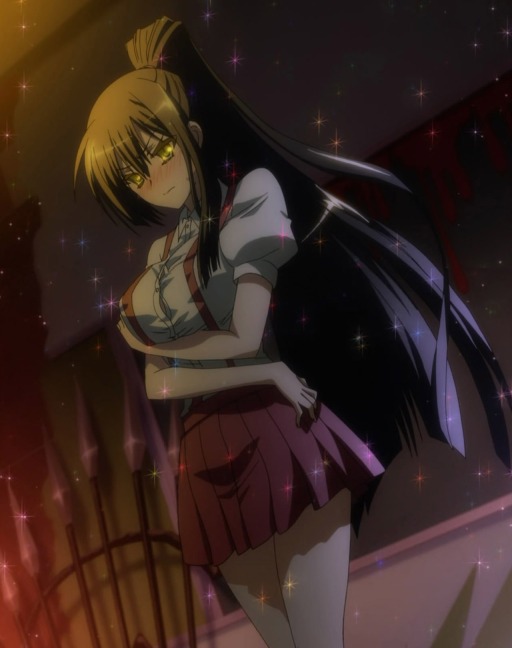 And what’s this, Seraphim wearing a sexy outfit? Fuckin’ awesome! 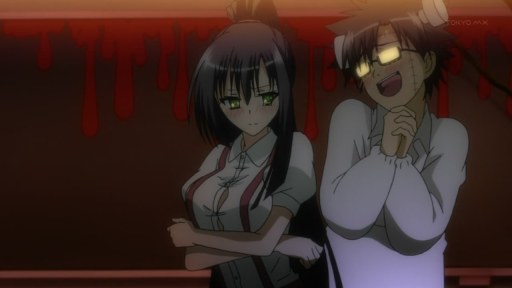 Even Orito agrees to her skimpy costume. Dammit, I got a boner on this one! 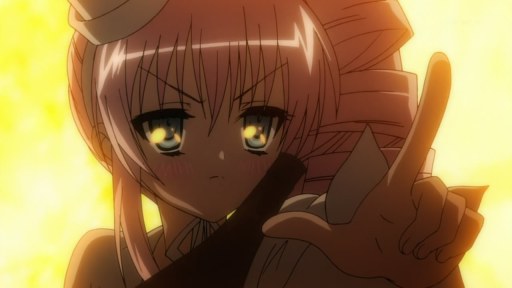 Anyway, on to the main story… It seems that this bottle fairy has gone outside of her makeshift bar and appeared during the bonfire dance.

Oh yes, and before you spill you’re milk… Chris is a guy. Mindblown!!! 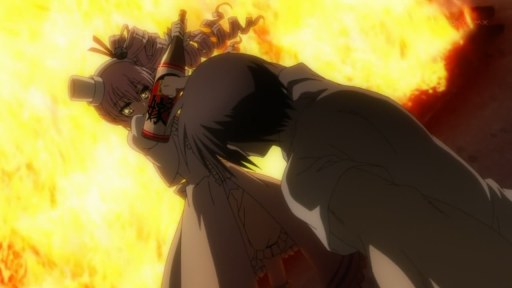 Oh, and not only Chris is here in front on Ayumu, but her powers has returned too!

Now my faith on her has crushed on this episode. What will Ayumu do now? 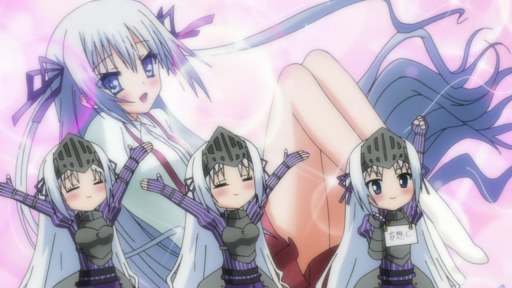 And BTW, it seems that we have a guest voice actress after all in the form of Mayumi Iizuka.

Too bad that she didn’t voice this week’s Delusion Eu-chan… Only Midori Tsukimiya (and Iori Nomizu) did!