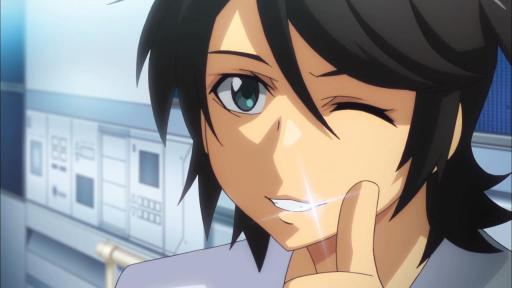 Oh please Izuru, don’t be a cool guy… Being a hot-blooded hero is better! Seriously, piloting Red 5 is turning our protagonist into someone else!

Anyways, this is a four-part arc where the Fail Five are forced to defend their home planet… Except that they’ll do it the hard way. And speaking of the Fail Five, a certain Wulgaru commander is snooping behind enemy lines…

Yes, this includes finding Teoria, where she’s enjoying the vast culture of humanity as we speak.

Sadly, her “first date” with Izuru is interrupted when Klein’s squad broke thru the first defensive line… and he’s going deeper as we speak!

That’s right Klein, it’s your fault for ruining their date you barbaric alien scum! And now Team Rabbits are gonna pay for it!

So anyways, this what I like on this mini arc… Epic mecha battles done absolutely fantastic by Dogakobo. They sure upped the ante, especially episodes 17 and 18!

Nevertheless, Team Rabbits successfully destroyed a Wulgaru general. A massive win from MJP and a big blow to those “not-so beastly” aliens who only wanted genes. 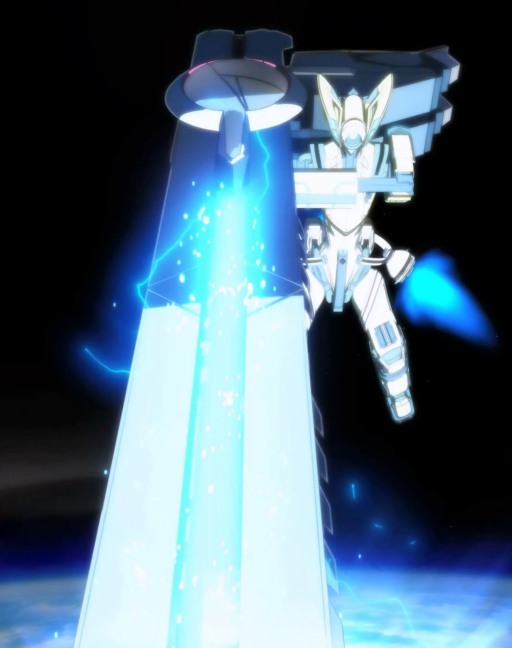 Oh, and you may thank Suruga for delivering the finisher to Klein. Although his machine (as well as his teammates) is busted, at least it’s all worth it!

Of course, they’ll have to pay a hefty sum of money on the repairs. ASHMBs are kinda expensive to maintain like a Formula One car. Oh, and they’ll have to repair their own school too…

So yeah, Team Rabbits successfully defended Earth… It’s a big sigh of relief for Commander Rin-Rin, although the war is not yet over! 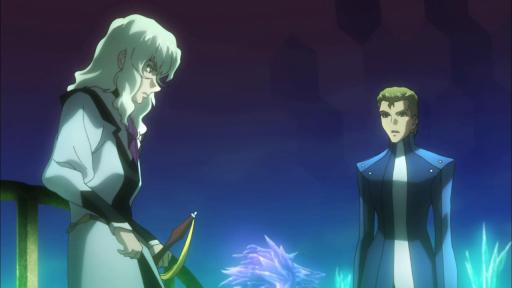 Meanwhile, it seems that Prince Jiart and his aide Rumes are scheming something now that Teoria (plus Daneel) is living with Earthlings. Of course, Jiart doesn’t want his brother to know about their sister’s whearabouts.

And speaking of Klein, looks like Rada bites the dust too… I guess Wulgaru has three generals now!

Anyways, I’ll blog the next episode for some other time. See ya!