Well, you already know Vali Lucifer… He has Albion on his back, and he’s quite the handsome guy! 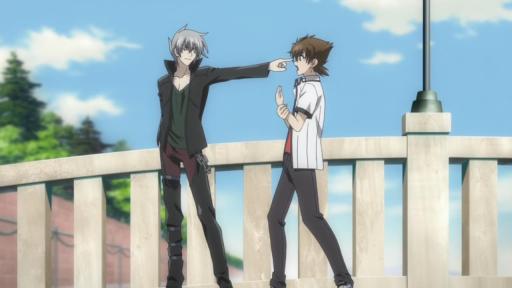 Unless they introduced some weaknesses like Ice, Dragons, Fairies (Yes, I’m talking about Pokemon) and throw at him, Vali can trample anybody, including Issei… cause this aspiring harem king’s power level is below average.

Oh, and neither Touma nor Accelerator can even beat Vali Lucifer, unless the former landed a precise Imagine Breaker at the face! I wish there would be a To Aru Majutsu no Index x Highschool DxD cross-over. The possibilities are endless!

BTW, this post won’t be a Highschool DxD post without Rias’ boobies! I mean, it never gets old that Issei can do anything to touch it… 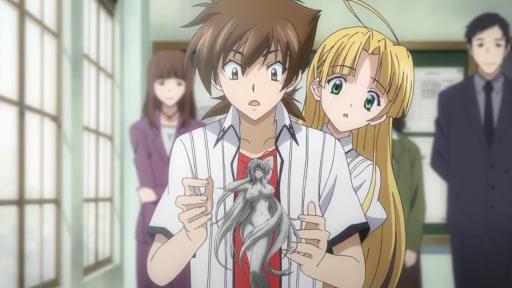 …which is why he made a statue of his favorite sempai. Talk about dedication there! For now, you’re sharing the title of Perverted Prince with Youto Yokodera.

BTW, there’s more characters introduced on this episode. You know that crimson-haired guy standing beside Issei’s parents? That’s Rias’ father. He doesn’t have a given name though, but he calls himself as Lord Gremory.

Like her older brother Sirzechs, he likes to dote on her daughter!

And also, there’s Serafall Leviathan, Sona’s big sister who likes to dress up as a magical girl! 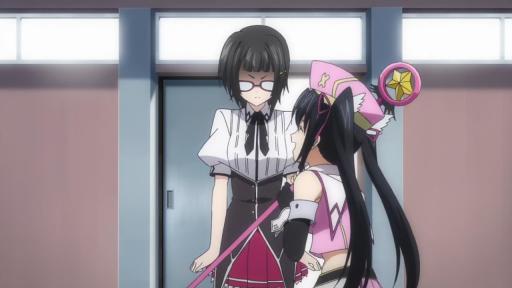 Oh yes, and she likes to dote on her little sister… It’s a bit extreme, but that’s how they role if they’re not called for something serious, like a conference between devils, fallen angels, and pure angels.

On the other hand, there was a time that all three factions joined together to stop two holy dragons. You know those two as Ddraig and Albion, but that’s an embarrassing on their part! 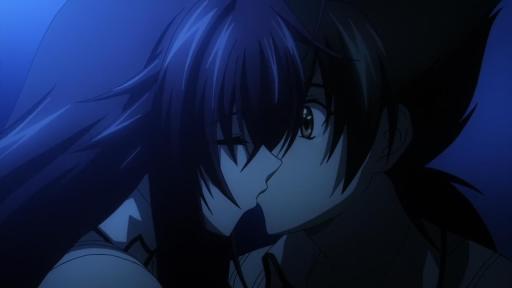 Anyways, the next episode will talk about Rias’ other bishop, which was sealed away due to its immense strength.

Oh, and go for it Rias-sempai. Just make the final blow… 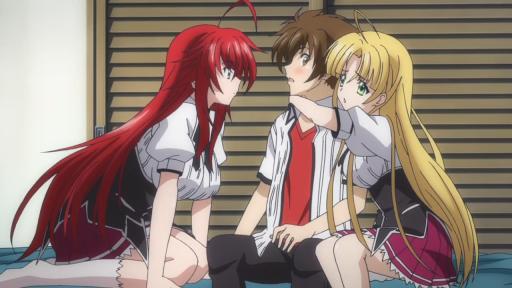 …before Asia (or Xenovia) interrupt your advance on Issei-kun. Man, that was so close, yet so far!