Posted on September 9, 2013 by benigmatica 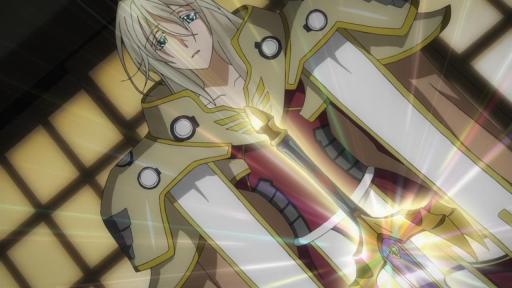 So, you already heard about Michael, the leader of the angels. Now, he wants to give Issei a sword that can slay dragons…

Of course, the dragon-slayer sword Ascalon needs some ice attacks (or summon fairies) to make it super effective! C’mon guys, it’s Pokemon logic. (Heck, the author is a fan of Pokemon, just to let you know!)

Still on the same episode, Akeno shows that even though she’s a half-fallen angel/devil, she is the sweetest seductress to have on Issei’s harem…

Unless you’re being caught by Rias-sempai, now prominently showing signs of jealousy.

Issei-kun, if you want to become a harem king, you should at least be considered to President’s feelings. She’s lonely without you!

On the other hand, the peace conference went underway without a hitch.

And while Azazel wants peace because he wants to go back to his hobby of collecting weird stuff. Vali thinks the opposite, in which he was bored in living an era without conflict.

But you know what Vali, try going to Ente Isla if you want wars. Or go to Staz’s world, if you’re interested! 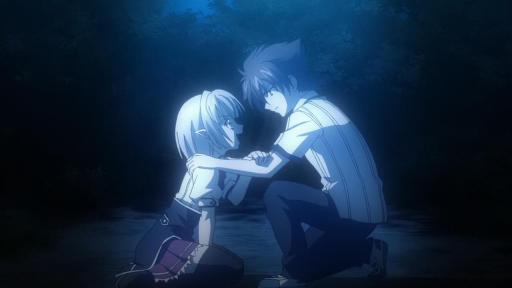 But anyways, there’s two episodes to go and while the conference is ongoing, some group of assassins (mostly remnants of Kokabiel’s forces) are trying to ransack the Occult Research clubroom and defeat both Koneko-chan and Gasper.

Speaking of Gasper, he’s too weak to control his awesome powers yet even in dire situations. That’s why he’s being trained by Issei, of all people. 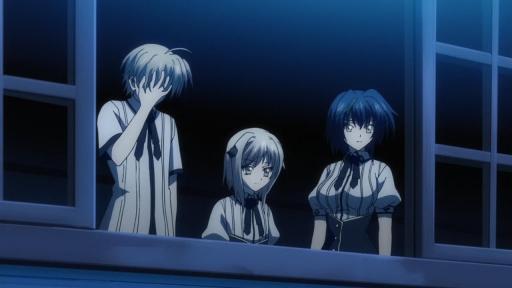 Of course, given that Issei is a pervert, Gasper’s time stopping abilities will be used to grab tits without being noticed. Go figure…