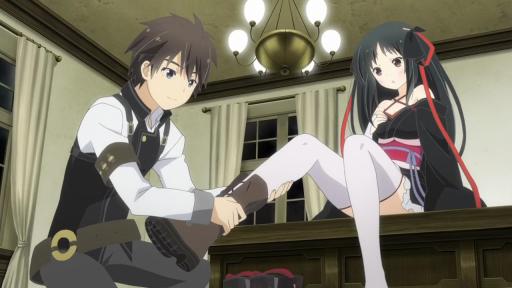 So regarding the fight against Cannibal Candy, that would be postponed until next week. 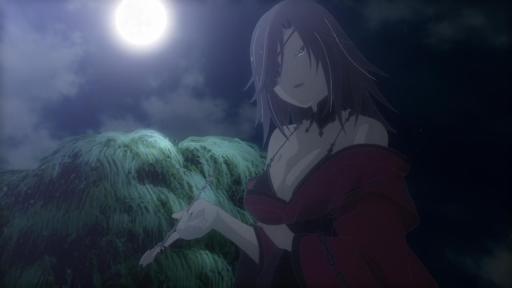 Anyways, this episode introduces Shoko, the master machine doll maker from Karyuusai who is responsible for making Yaya, while taking Raishin in her stead since his entire clan died. 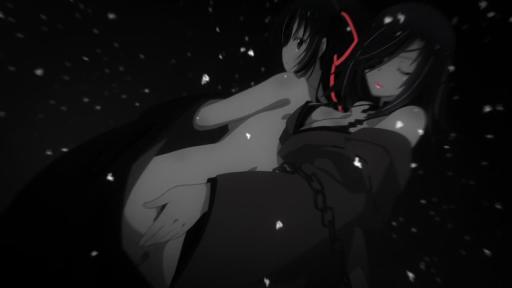 Since Shoko is a master machine doll maker, she prefers beauty and function when making dolls like Yaya. In fact, her dolls are human-like and usually female in appearance. No wonder Shoko likes little girls and molest them as she pleases! 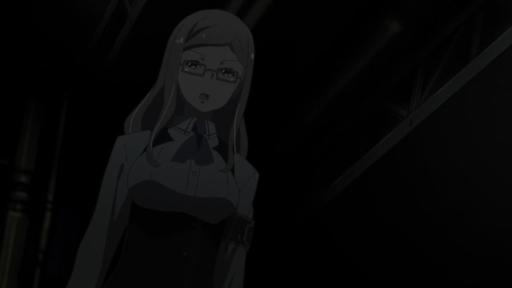 Now moving on to the case, the plot thickens as Raishin finds Lisette’s corpse. That means, the current Lisette Norden was actually a Banned Doll, and she might be the mysterious Cannibal Candy. 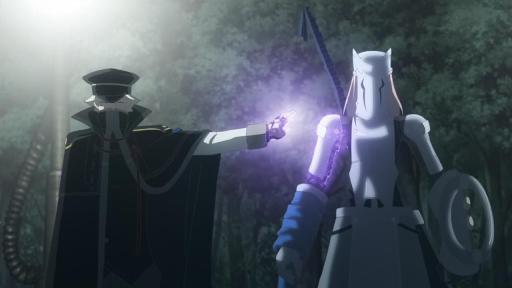 Not only that, but I suspect that Lisette has an accomplice too. See that mysterious armored machine doll? That might be Lisette, the Cannibal Candy.

And standing beside her was none other than Felix Kingsfort, who wanted to frame-up Charlotte so he could take her spot at the Carnival. Wow, talk about epic planning on eliminating your foe! 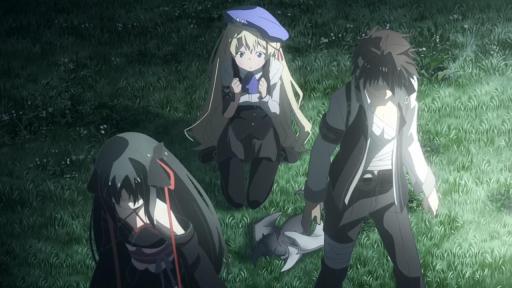 Oh well, I guess it’s time for the epic showdown next week!

BTW guys and gals, this show is aired in AT-X so it’s gonna have uncensored scenes like this one, just to let you know.