So yes, Loki and his pet automaton Cherubim are here to spoil Raishin’s party. But instead of doing his douchebaggery, he’s here to save his older sister Frey and stop Divine Works. Okay, that was a surprise but he should have done this earlier, let alone giving hints. Guh!

Before moving on, I have a correction to make but Cherubim’s magic circuit is different from Ravi’s. It is called “Jet” which it uses hot gases. Still, I have a doubt that it might have the same glitch as the Sonic magic circuit since they’re made by Divine Works. 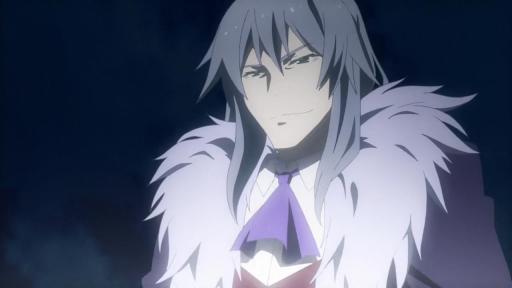 And speaking of Divine Works, the head honcho has appeared. Named Bronson, he’s a Wiseman who is responsible for implanting Frey and Loki with magic circuits, all in the name of scientific advancement.

BTW, I have a feeling that he killed Frey and Loki’s biological parents and kidnap both of them while he was in North America.

So moving on to the story and Branson is here to stop both Raishin and Loki. Oh, and he’s not here alone… He has an automaton of his own. Called Lucifer, this “Morning Star” automaton has them same design and magic circuit as Cherubim, but it’s powerful with feather bits which will wear down Yaya and Cherubim in no time. 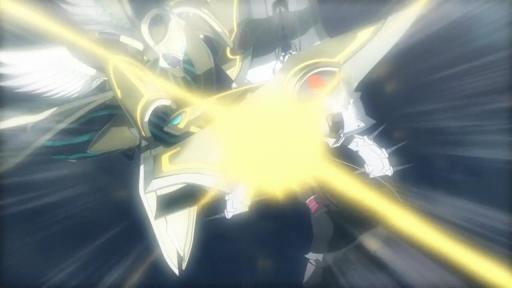 Despite being a stronger Sword Angel, Lucifer is outsmarted by Raishin’s tactics. By combining the heat of both Lucifer and Cherubim, Raishin uses explosives to destroy its armor while Yaya delivers the final blow.

As expected from the Second Last, he sure knows his opponent even though Raishin planned to use that tactic during the battle against Loki. But I guess it’s useful to bring that Morning Star down and put Bronson to justice. BTW, Wisemen can’t escape the law despite being powerful.

So yes, this is the end of this arc now that Bronson is apprehended by Ms. Kimberley and her team of magic law enforcers. 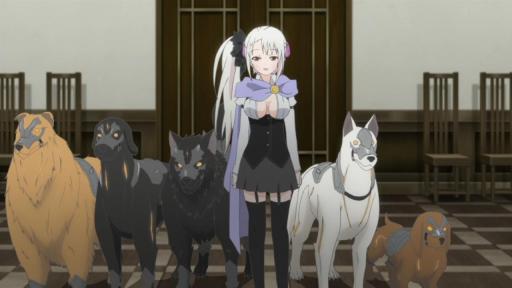 And as for Frey, she’s safe now that Divine Works is disbanded. Although Ravi’s fellow dog automatons have returned, it’s still a long way to go for her and Loki. You don’t want them to have a magic circuit implanted forever. 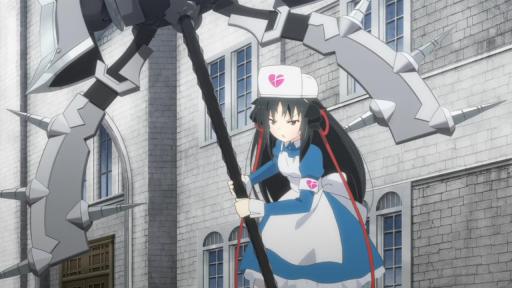 And to end this post, here’s Yaya in her nurse uniform… holding Cherubim in Sword Mode. Now if only she could use Cherubim to ride on it and ram it to the opponent just like Temjin from Virtual-On…