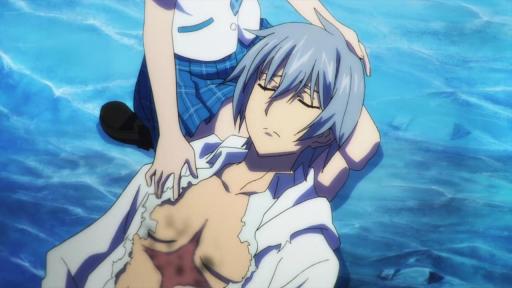 Okay, I admit it… He’s tougher than I thought! Unfortunately, Kojou is not fully recovered yet. 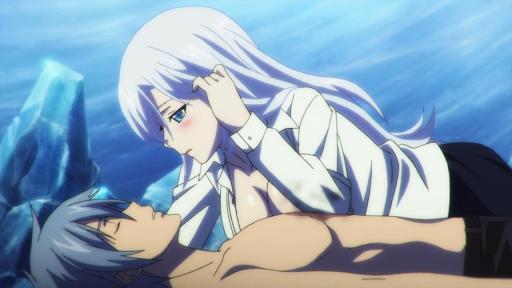 So, it’s for La Foila to offer her virginity to Akatsuki-kun. Wait La Folia, please don’t do it, I beg of you!!! 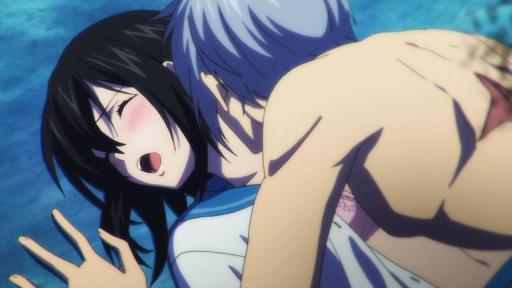 …so instead, Yukina offered her body instead. For some reason, it reminds me of Valvrave Ep. 10!

But then again, it was revealed that Akatsuki-kun took La Folia’s blood after he was recovered. Dammit Kojou, you’ve just gained a member of your harem!

Anyways, it’s time to save Kanon-chan. Of course, it’s gonna be tougher for Kojou since she’s an artificial angel!

But first, they need to stop Magus Craft. In fact, they’re already made faux angels for the black market.

Not to worry though as La Folia can take care of them. She’s not just a princess from Aldegyr…

…La Folia can kick some ass with her gunblade that shoots light, perfect for demons alike. What can I say, she might join Kojou’s harem in the future!

Now that the Magus Craft has been dealt with (except for Kensei Kanase), it’s time for Akatsuki-kun to summon his third familiar. While he already has a lion and a unicorn familiar…

…he summoned a two-headed dragon that eats time and space, perfect for clipping Kanon’s dimensional wings.

With that, Kanon is saved after being an artificial angel for so long.

Unfortunately, he didn’t get the chance to bite Kanon’s neck and suck her blood just like Astarte. I guess Kojou doesn’t want to get smitten by Yukina.

For now at least, Kanon will be in Natsuki-chan’s custody for the time being.

As for Dr. Kanase, he’s arrested for illegal experiments. I have to say, Kensei is a bad father raising her daughter to become an ultimate weapon.

Anyways, this arc is over. And I have to tell you, this is getting more interesting!

Of course, I hope Strike the Blood won’t become a complete Index clone. I mean, Kojou can survive fatal wounds while Touma’s body can’t take it.

Now then, on to the next arc as the second half kicks in next year!