Did you see that guy floating mid-air? That’s the Granville butler, Sin… and he can defy gravity! 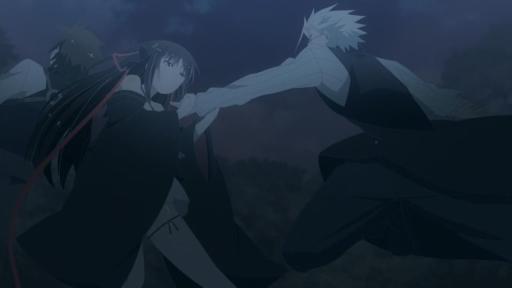 Unless Raishin trapped him of course… But anyways, this is the final episode of Unbreakable Machine-Doll! 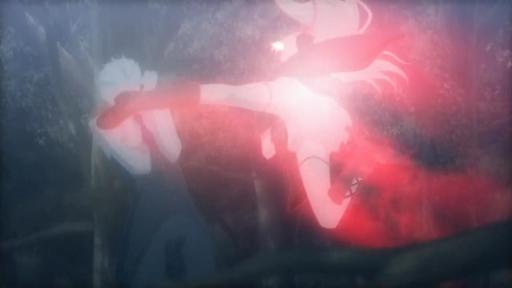 While Sin claims that he’s the most powerful machine doll ever, there is a limit like any automatons or banned dolls in particular.

In fact, he’s on the defensive where Yaya gave him rapid fistcuffs… And it wasn’t bad enough, Sin’s right hand is injured! Hah, I guess you’re not so unbreakable now!

On the other hand, it seems that the green-haired monocle guy has finally appeared at last. And his name is Cedric Granville, who is the mastermind on taking out the Headmaster while bringing down the Belew family.

While he already showed himself to Raishin, it seems that he’ll get away with it this time… 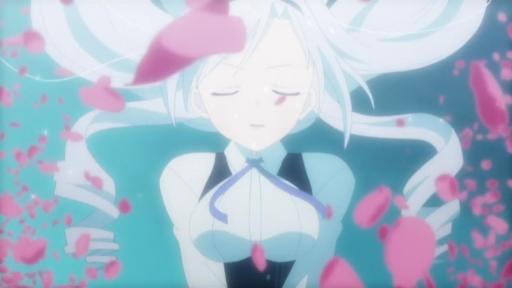 And BTW, it seems that Cedric becomes a girl named Alice Bernstein… Or rather, he was a girl to begin with!

Bastards, Raishin and his unbreakable machine doll Yaya will fuckin’ kill you trolls! God, I hate them so much…

Despite the mastermind running away, all things regarding Charlotte and Henrietta have finally resolved. Not only Charlotte was cleared on her involvement with the Headmaster’s assassination, but her family’s honor is saved.

As for Magnus… Well, he was involved but he didn’t support Raishin on beating Sin. I guess he’s busy waiting on him.

Speaking of Magnus, it was revealed by Ms. Kimberly that he’s Tenzan Akabane. Well, I knew it all along that it was him killing his own family.

Although he wants to achieve godhood, I think he’s actually preventing Shoko from using the Akabane family on her banned doll experiments. BTW, this is just speculation.

Anyways, it is the end of Unbreakable Machine-doll. While it’s a good anime, I think Lerche should make improvements on their production quality if they green-lighted another season for it.

It has potential, but this show wants me to let it hang for a long, long time! 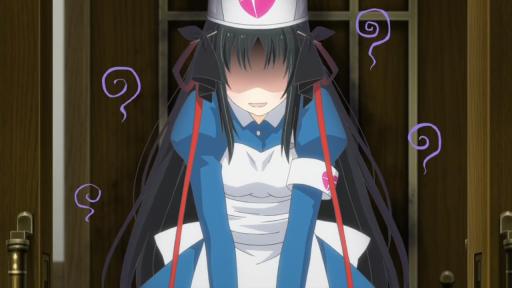 And with that, I’ll end this post with a yandere Yaya. Oh BTW Henrietta, better look out for Yaya if you don’t want your big breasts get hacked by her! Merry Christmas… even though I’ll have to wait it for tomorrow.