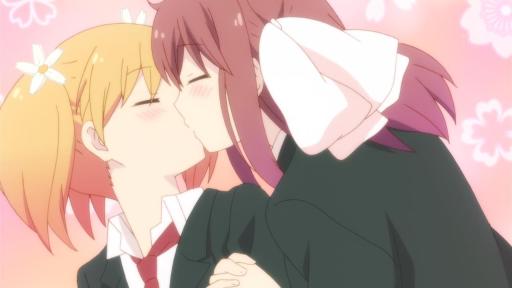 This is how YuruYuri done right… or rather, Studio DEEN done it in a sweet way! 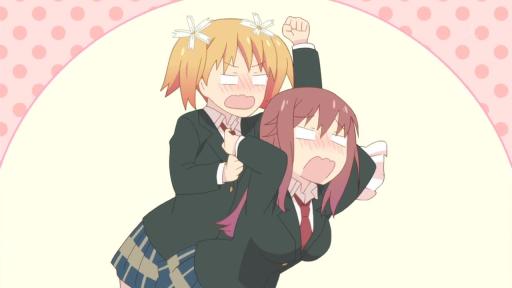 Then again, they made 5 kisses on a single episode!

But anyways, it’s another Houbunsha title courtesy of Manga Time Kirara Miracle. As you can see, Yuu-chan and Haruka are best friends where they decided to cross the yuri line and now they’re having a special relationship.

Studio DEEN did a great job on the first episode, but having 5 kisses is too much… as if they’re doing it on a whim! Nevertheless, it’s a rare series to have on the Manga Time Kirara lineup, where most of the series a full of tease. Heck, they even moan when they kiss!

Now then, I can’t wait for the next episode. Let’s see if the secondary characters can do it too…