Okay, it seems that Hatsumi’s domination is thwarted thanks to Sae Usuzawa from Miyamori Girls’ High School.

In fact, it was given by her coach Toshi Kumakura, once they qualified for the nationals. Even though Sae can limit their power with her gaze, there are some limits…

…like Nodoka from Kiyosumi, who is sabotaging her attempt at limiting Hatsumi’s power level further. Oh, and nice angle there, Nodocchi!

Anyways, looks like Nodoka is on the offensive next week, but unfortunately Hatsumi is joining the fray as well since her power is not completely sealed! 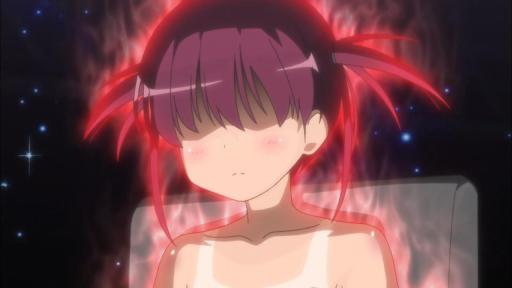 Oh well, let the gates of hell open on the next episode!

And BTW, this is their last chance for Miyamori Girls’ to win the nationals, but unfortunately they’ll gonna be demolished by either Eisui or Kiyosumi (Himematsu doesn’t count ’cause they’re generally weak without Hiroe Atago around).