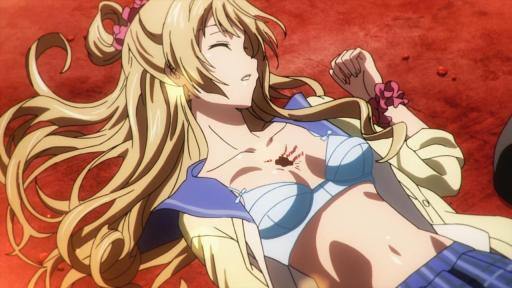 Well, it seems that Nina Adelard has decided to ditch Asagi’s body and reconstruct herself, since she saw blobs of Kou Amatsuka’s body plus his clones. 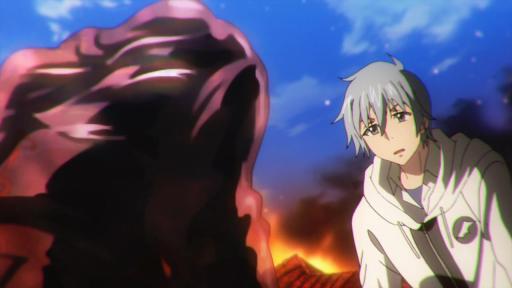 On the other hand, why is she still look like a tanned version of Asagi with big boobies? If only I can see your real body five years ago!

BTW, La Folia is back, but she’s a hologram unfortunately…

Anyways, Kou has finally found Kanon and he’s about to devour her and make him completely immortal, all while ruining Yukina’s class trip!

Not until Yukina is around. Of course, she’s at a disadvantage without her holy spear. So, Kojou decides to barge in and deliver the holy spear Schneewalzer to Yukina via La Folia’s cruise missile.

Then again, it seems that Yukina wants to get bitten again after not seeing Kojou for more than a day. Oh Yukina, you’re becoming a tsundere!

Anyways, it’s not over yet…

In fact, it seems that another boss appears. And you’re thinking that it’s Kou’s ultimate form, right? Wrong, it’s Wiseman and he’s actually responsible for the incident five years ago, using Kou as a pawn to gain complete immortality instead of him.

Well, I was expecting Kou to become dangerous but now I’m disappointed!

Oh, and Wiseman turned Kojou into a metallic statue! I guess he’s stuck there forever, unlike in previous mishaps where Kojou is cut and shot down with angelic beams, then he goes back up again after a period of time.

Well guys, it truly is the end for Kojou Akatsuki…

However, there is still some hope for the Fourth Progenitor. It looks like Nagisa, or rather one of Avrora’s familiars, decided to give Kojou a hand.

BTW, it’s not incest even though Kojou is trapped inside the statue while Nagisa is possessed by none other than Sadalmelik Albus. But that’s okay ’cause with a little bit of Yukina’s blood, Kojou has got another familiar. 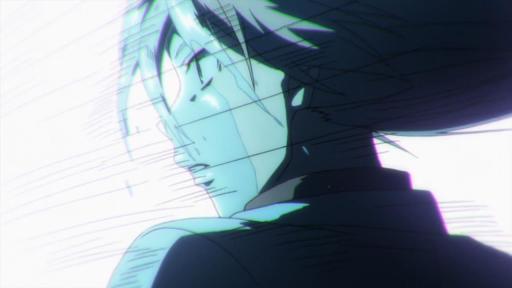 So, I have to say that it’s gonna be an easy fight. Yukina defeated Kou Amatsuka without a sweat… 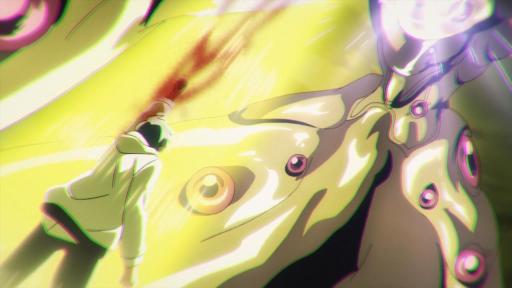 And you though that Sadalmelik is just strangling Wiseman, huh? Nope, she’s sinking that nigh-invulnerable liquid golem down to the black hole of stagnation, where he could never evolve ever again!

Well, that’s the end for this final arc of Strike the Blood. Kanon is saved, but Yukina’s class trip is ruined already. What a shame, at least give those poor students some compensation for this mes!

As for Nina Adelard, she got her original appearance, but she has to settled being a doll for Natsuki-chan instead. Come to think of it, what about Asagi? Is she still alive after the end of this arc? Well, this is disappointing for not telling what happened to that cute hacker.

Let’s hope that Asagi is alive for the final two episodes… I don’t think next week will start another arc!