No Game No Life Episode #06

So, this is Jibril and she is voiced by none other than Yukari Tamura. And like I said last week, Sora and Shiro are going to beat this Flugel down for the library in exchange for their tablet, instead of their heads.

Then again, I think she’s just curious like a certain Eru Chitanda. Not to mention that she’s crazy and drooling like a maniac! 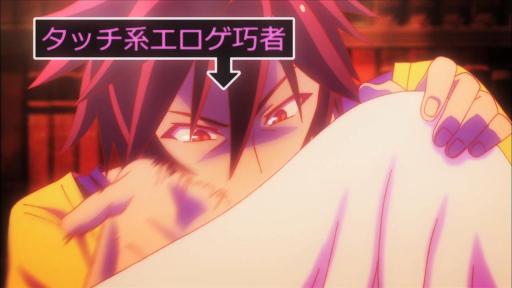 And that’s not all, she’s sensitive, kinky, and having uncontrollable orgasms when being touched by Shiro, Imanity’s resident H-Game expert!

But that’s enough for the introduction. It’s time to due- I mean, Aschente!

And they’re going to play shiritori that is more epic than the one from Kitakubu Katsudou Kiroku last year. This includes summoning hydrogen bombs… 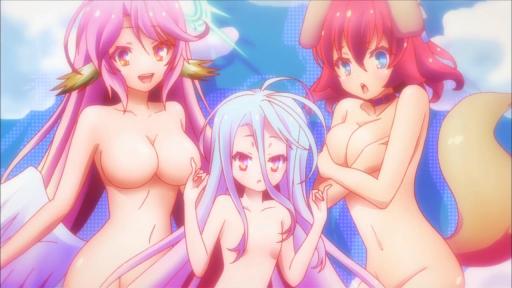 …and stripping off girls. Don’t worry, there’s no actual nudity on this episode so it’s safe!

Oh yes, and as for the game itself, it seems that Blank is going to lose if it wasn’t for Shiro teaching Jibril the word “Empty-headed Academic”.

Fortunately, it seems that they got the last-minute play by using the word “Coulomb’s Law” in which they won by the skin of their teeth.

By the way, they won the duel against Jibril inside a vacuum of space, with a hypernova looming around the vastness of the universe.

Then again, it’s all just a game so it’s not like they died in a hypernova blast. But anyways, Blank claimed victory and they got the library.

Oh yes, as for Jibril… She’s welcome in the library as long as she doesn’t do stupid things like challenging both Sora and Shiro again. You know that she’s gonna get salted on her wings!