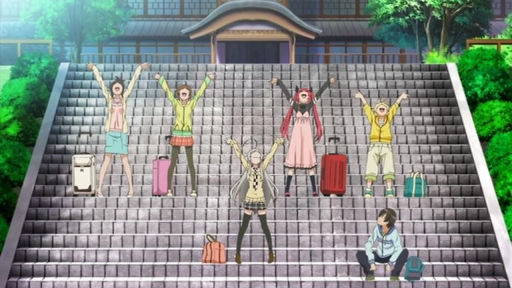 And now for something completely different… An epilogue to one of most beloved series that combines Cthulhu Mythos with comedy and references!

Yeah, it’s been almost a year since the second season of Nyaruko-san aired. And a better way to give thanks to the fans…

…is a hot-springs episode where the cast (sans Yoichi-kun, unfortunately) takes some rest and relaxation after a hard day’s work!

Oh, and if you don’t know what happened at the final episode of Nyaruko-san W. It’s basically Nyaruko-san fighting against a big machine called Banshin. 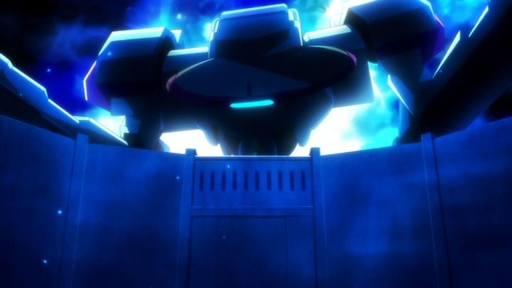 Yeah, that Banshin who has the fighting prowess and thinking of Nyaruko-san, other than posing as a Titan from Shingeki no Kyojin.

But anyways, don’t expect a third season of Nyaruko-san in the future. When in doubt, hit the books and read it till the end!

Oh well, it’s the end for Nyaruko-san W. As for Mahiro-san, rounding up mini-gods is easy when he has a fork in his hand!

This entry was posted in Haiyore! Nyaruko-san W, OVAs, Movies, and Specials and tagged anime, Nyaruko-san, ova. Bookmark the permalink.
%d bloggers like this: