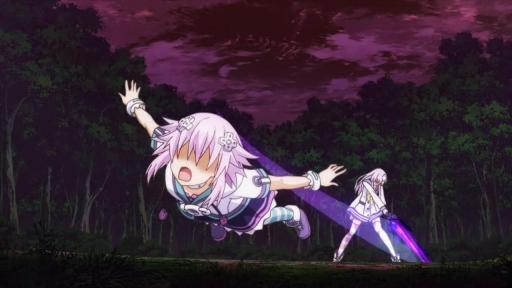 Alright, it’s been a long time since Neptunia aired back in Summer 2013. And now, let’s get it straight away with an extra episode starting with this shocking action by Nepgear! Why Neppy, why!? 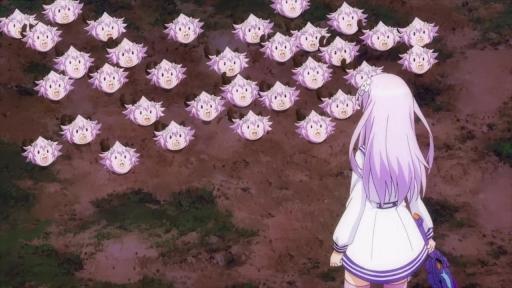 Oh wait, seems that Neptune just split into an army of slimes! Really, I think I must be having a bad dream…

Well actually, Nepgear is having a case of “bad end syndrome”… Oh yeah, and did you know that it’s a common sickness for CPUs like Nepgear? Well, it does and there’s no cure existed in Gamindustri. 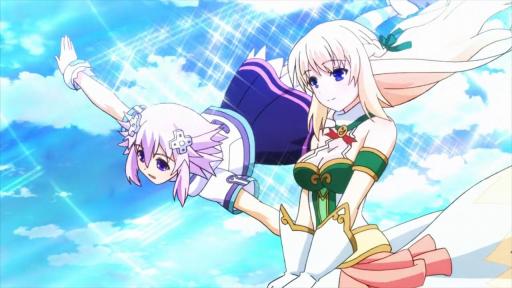 And so, Neptune and Vert goes on a quest to find the Shimmering Flower in order to cure Nepgear and the rest of the CPU candidates from having bad dreams!

Of course, they’ll have to go to another dimension…

…where they’ll meet alternate versions of CPU goddesses based on earlier consoles. This includes Plutia, Noire… 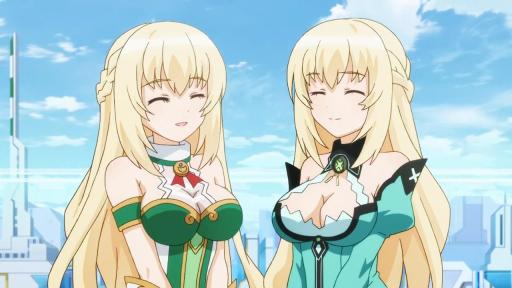 But you know, having two Verts bouncing each other might trigger a certain goddess due to its CPU size. 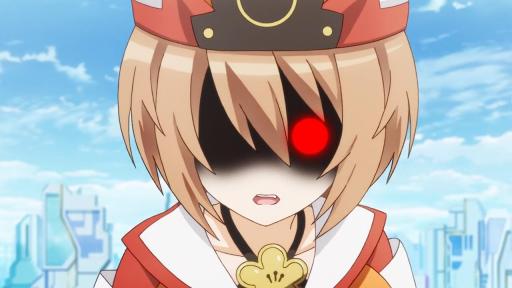 This CPU goddess is none other than Blanc. Yup, we can’t forget about her! 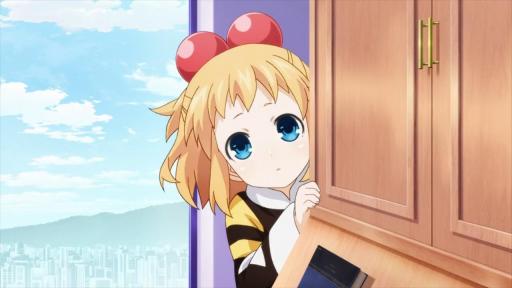 Oh, what’s this? Isn’t that Peashy? Hmm, I wonder if she remembers Neptune after what happened back in Ep. 10? 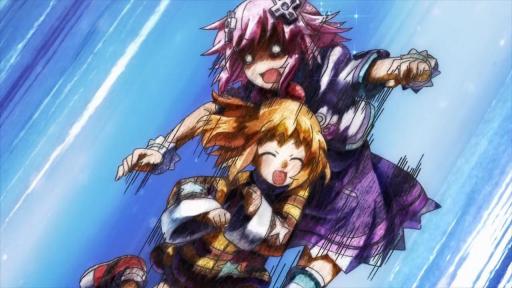 Oh wait, she does remember Neptune! That’s the most beautiful thing I ever seen in my life!

Well then, looks like it’s time to find the cure against downer endings now that the team are assembled!

And it looks like they finally found one at the 10,000th floor!

Of course, given that both Neptune and Vert came from the present Gamindustri dimension, they can’t transform to their goddess form so they’ll have to rely those three CPU goddesses from Victory Gamindustri for help, plus Plutia.

Oh yeah, and don’t forget P-ko too! She wants to help Neptune on getting out alive!

See, she’s no pushover… P-ko is a beast! Therefore, Neptune and Vert got back to their dimension safely along with the Shimmering Plant, which in turn cures Nepgear and the rest of the CPU candidates from seeing bad ends all the time! 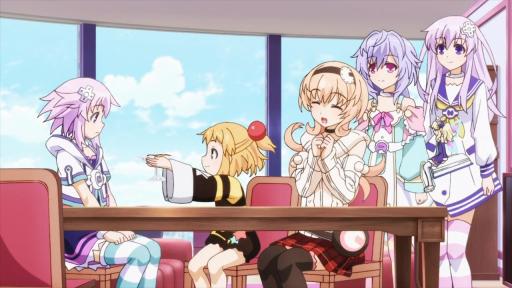 Then again, seems that P-ko wants to stay with Neptune and co. a little bit longer. Oh, and it looks like P-ko made a pudding for Neptune to eat!

Well Neptune, looks like you need to enjoy P-ko’s pudding ’cause this is the “true end” for Neptunia the Animation!

Anyways, that’s the end for Neptune and her friends at Gamindustri! I have to say, it was a happy ending ’cause Ep. 13 is the icing in the cake for this anime series so good job to David Productions!

With that, Neptunia the Animation has come to a close… unless David Productions want to bankroll on another series. An adaptation of Neptunia Victory II perhaps? Who knows!

This entry was posted in Hyperdimension Neptunia the Animation, OVAs, Movies, and Specials and tagged anime, Neptunia, ova. Bookmark the permalink.
%d bloggers like this: