Well, it’s the finale of the second season of Sword Art Online, and I have to say that it’s gonna be *sniff* one heck of an ending!

Man, I feel that I’m gonna cry already… With so many montages at the beginning of this episode, I wish A-1 Pictures should do it longer! 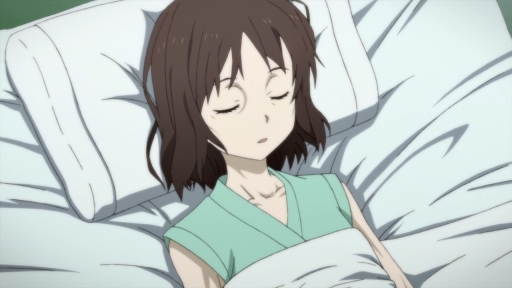 Unfortunately, the time has come for Yuuki to leave Earth into Heaven as her body is becoming weaker and weaker… 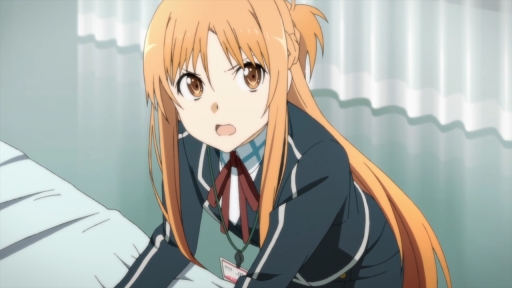 Of course, Asuna doesn’t want so see Yuuki’s final moments in the real world, so she opted to see her precious friend online. Great idea! 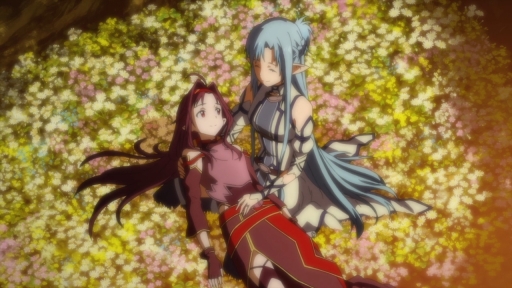 And so, Asuna went to Yuuki in Alfheim Online one last time as the greatest swordsman gave her 11-hit sword skill “Mother’s Rosario” to Asuna as a remembrance.

I’m sure our heroine will keep it as a memento until the day her body became frail and withered. Oh, and it’s not just Asuna…

There’s also the Sleeping Knights as they lost a dear member to their guild. After all, she’s the one who gave them strength to live longer!

And we couldn’t forget Kirito and his posse as they join Asuna on seeing the greatest swordsman ever lived in ALO. 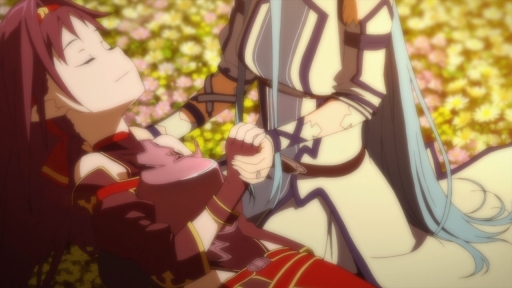 With that said, Yuuki passed away without any regrets, all while keeping her smile as she’s surrounded by thousands of players until her last breath. I have to say… Damn, I’m sure gonna miss Yuuki! *cries*

Even though Yuuki fought hard to an impossible battle against AIDS, the data gathered from her Medicuboid experience will help terminally-ill patients in Japan and around the world to relieve the harsh reality and make their lives better when living in the virtual world.

On the other hand, it was revealed that the Medicuboid was created by Akihiko Kayaba’s wife Rinko Koujiro. Although Rinko developed the Medicuboid, it was suggested that Akihiko provided information and data for its development. With that said, I think Dr. Kayaba might have more mysteries surrounding him in the future! 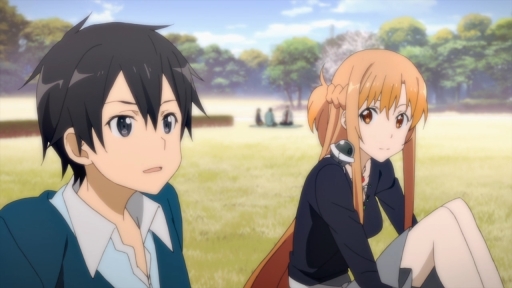 Now for my final thought on the second season, I have to say that it fared better than the first season where it’s not cringe-worthy nor rage-inducing like the Fairy Dance arc. Ugh, I hate that arc!

While the first half of Season 2 is pretty much a mixed-bag because of Kirito’s usual OP-ness, not to mention having a silly villain who wants to be Sinon’s eternal girlfriend (with slight hints of Sugou), the second half turned out to be better not just because of the Calibur arc which is basically an all-star team-up, but because of how Asuna was developed into a strong character during the much-hyped Mother’s Rosario arc.

Apart from Asuna’s character development, everything is good because of how she interacted Yuuki like they’re siblings, so I have to say that Mother’s Rosario is definitely worth watching! 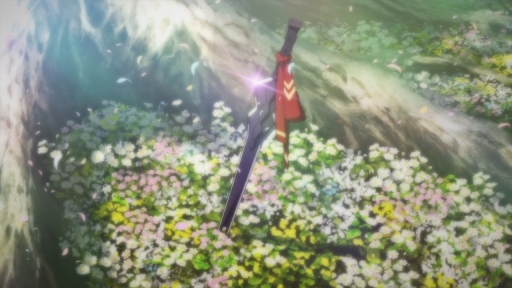 Sadly though, that would be it for Sword Art Online II as I leave you with Yuuki’s sword. I’ll never forget you!

Maybe in two to three years, there would be a third season as Reki Kawahara’s famous light novel series will dig deeper into the Alicization Arc which might bridge the gap between this series and Accel World. Speaking of Accel World, I feel that it needs another season!