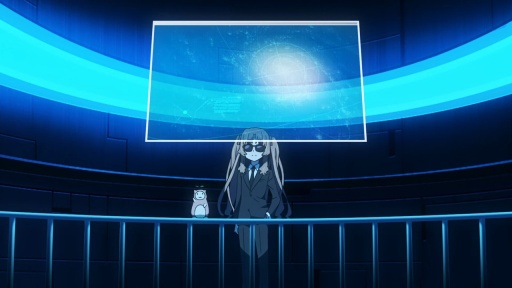 Welcome back, Lemom-sempai and Rinon!

Ah AnoNatsu, it’s been almost two years since I’ve watched this series, which is basically a spiritual successor to the Onegai Teacher series!

And to celebrate this occasion, here’s a special OVA episode that took place 2 years after the events of Episode 12.

I have to say that it’s weird for Kaito and his friends to spend their last summer vacation without Ichika-sempai, as they’ll be graduating high school and go to different places. 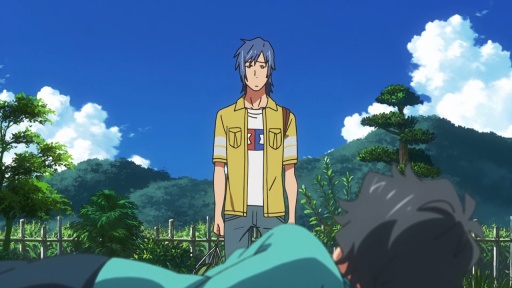 While Kai-kun is gonna study cinematography in college, Tetsurou is going to Tokyo and study there.

And by the way, seeing Tetsurou’s friend hugging the pillow intimately is creeping him out. After all, Kai-kun missed Ichika-sempai so much! 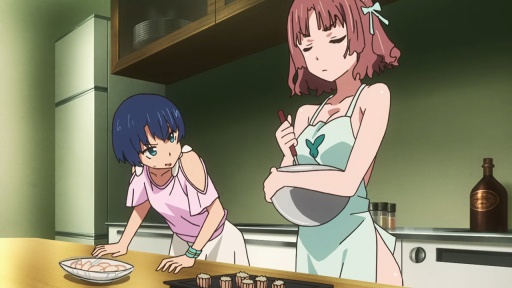 Meanwhile, Mio has decided to follow Tetsurou, which is great considering her feelings towards him. Sadly though, she has to ditch her “nudist” lifestyle when Mio lives in an apartment in Tokyo…

Kanna on the other hand, I have no idea on what she’ll do in the future. Still, it’s a great thing that everyone is gearing up for college!

Moving on, Kaito found some footage of Ichika Takatsuki and he wants to watch it for nostalgia. 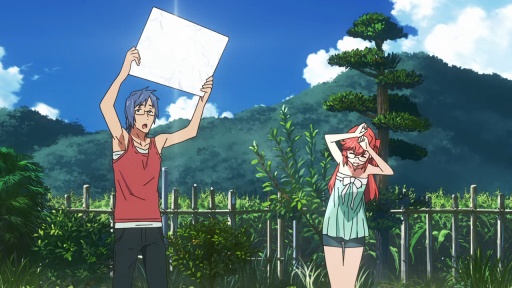 Yeah, I’m sure that he’s having a good time even though it’s short. On the other hand, Ichika’s acting is very stiff and awkward… 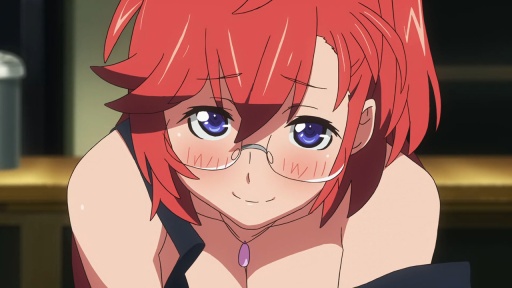 …unless Ichika drank one of Lemon’s “special” juice, which contains alcohol that turns anyone into a sober and mature person.

Just kidding on the mature part as Ichika is so tipsy that she’s using her sex appeal!

Better capture this moment before she fall asleep. Make sure you don’t tell her about it, or all of your efforts will in vain once Ichika gets a hold of that footage!

With that said, Kai-kun captured every moment, right down to Ichika flirting with Kanna-chan… 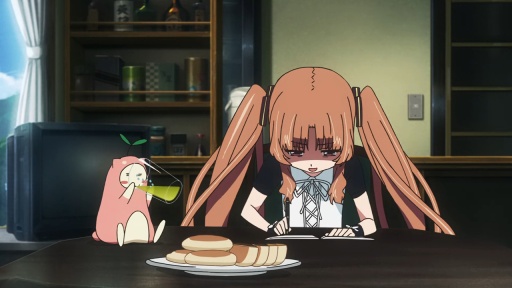 …and the ideas are pouring out thanks to Takatsuki’s tipsy play. As expected from Lemon-sempai, but I don’t think Kaito would use that script for his movie!

In fact, all he wants is to capture those summer memories from his old camera. That’s all there is!

And that’s about it for this special episode of Ano Natsu de Matteru as Kaito finish up watching his summer film and spend his last vacation with his buddies.

While this episode doesn’t explain how Ichika returned to Earth as seen at the end of Episode 12 unfortunately enough, Episode 13 shows how Kaito and his friends changed and I like how they become matured as they move towards their college life, right after meeting Takatsuki-sempai during summer!

Speaking of Takatsuki-sempai, seems that she’s returning to Earth. I don’t know why and how she got the permission, but I’m glad that she’ll be back for Kaito and you know what happened at the stinger in Episode 12!

Anyways, thanks J.C.Staff for bringing back AnoNatsu one last time!

This entry was posted in Ano Natsu de Matteru, OVAs, Movies, and Specials and tagged anime, AnoNatsu, ova. Bookmark the permalink.
%d bloggers like this: