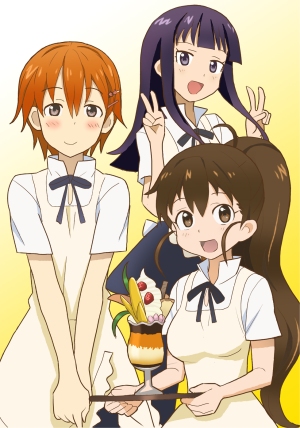 This cour-ending post is brought you by these lovely girls from Wagnaria as Working!! will return for the third (and possibly final) season for Summer 2015!

I have to say that I’m thrilled that there’s more shenanigans in Wagnaria, but I’m sad that it’s the end of an era for Popura and the gang. Let’s hope that Working!! Season 3 will have a memorable ending! Now if only A-1 Pictures would make Servant X Service Season 2…

Let’s start with Argevollen and I have to say that the ending is so anti-climatic. You see, Capt. Ukyo Samonji decides to destroy all traces of Argevollen’s technology and its contemporaries like the Perphevollen, Sturm Alpha and Beta. Afterwards, both Arandas and Ingelmia made a truce and thus ending the war, something that Commander Toshikazu Cayenne refused to do so.

And while I feared that Tokimune will die while piloting Argevollen, it somehow survived due to his machine hearing his sister’s voice. And as for Schlein Richthofen, he died for using his Sturm Alpha too much! Although the technology surrounding Argevollen is now over, I have to say that Viltriveld got away with everything so screw those bastards!

Overall, this mecha series is not that great as while it has some subversions from a typical real robot anime, the experience is somewhat average to me. While the ending leaves up for a second season, I don’t think XEBEC would want to go back at Argevollen for another spin.

Moving onto GBF Try as Team Try Fighters beat Team G-Master for the West Tokyo representative spot in the National Gunpla Battle Tournament. Even though they clinched a spot to the nationals, their fighting ability as well as build quality isn’t on par with the likes of Gunpla Academy, which is coach by Tatsuya Yuuki’s partner and engineer Allan Adams.

And while Sekai Kamiki can improve himself as he has the will to fight and get stronger through hard training (apart from repairing his Gunpla), Yuuma Kousaka and Fumina Hoshino are in dire need of a major overhaul as their resolve is very shaky. So, they’re trained by not one but two Master Kawaguchis. I’m hoping that they learned something and strengthen their resolve after battling two of the greatest Gunpla Fighters in recent history!

By the way, kudos to Sunrise for reviving another mobile suit from the original Plamo Kyo-Shiro manga series. That Gundam Amazing Red Warrior is six times the awesomeness! Still, I wish either Shiro Kyoda or Haru Irie will make a cameo appearance in the second half. 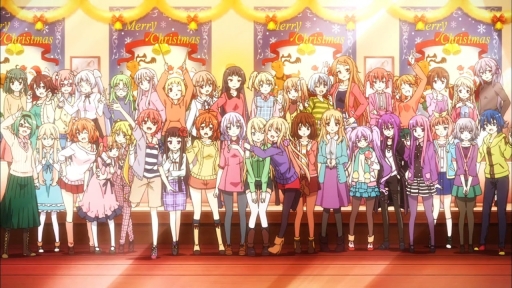 Now I’m not gonna tell you how bad this series is. If you like girls doing cute and random things, this anime is for you. Otherwise, skip this one because there’s no coherent plot other than showing all of the heroines from this series based on a mobile phone game.

Oh yeah, and having to remember most of the girls without looking at character guides is a pain in the ass!

Apart from that, another reason why Ookami Shoujo to Kuro Ouji should stay as a single season is because I don’t want to see Erika Shinohara failing time and time again and cause a misunderstanding that Kyouya might get mad at her! 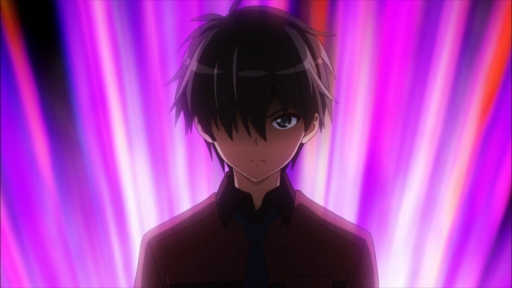 For Inou Battle, the series ends with Jurai Andou unleashing his true “Dark and Dark” powers… Simply by completely engulfing his right arm with flames that you’re actually feel pain upon using it! Well, that’s even more useless that I thought it’ll be!

Of course, it’s not about battles as I watched this series. It’s all about the characters as they improve their personalities while living through everyday lives with their eighth-grade syndrome powers. In that case, this show might not be amazing like Kill la Kill, but at least there are some moments like Hatoko’s epic “I don’t understand you!” rant.

On the subject of battles, there is one in the form of Fairy Wars, but I don’t think the Literature Club won’t join the fight. They rather live their normal lives instead of using their chuuni powers in the Fairy War!

Moving onto Trinity Seven where Arata gathered his harem (plus Lieselotte Sherlock surprisingly enough) for one final battle with his cousin Hijiri. I have to say that I like how they took part against a demon lord candidate like her.

Speaking of Hijiri, it was revealed that she’s preventing Arata from becoming a demon lord and destroy the world repeatedly. Despite that warning, I believe that Arata would find a way out from his tragic fate!

As for the anime itself, I gotta say that Seven Arcs did a damn good job for this adaptation. While the chances of having another season is high, I’m hoping that they won’t screw it up in the future unlike Sekirei. 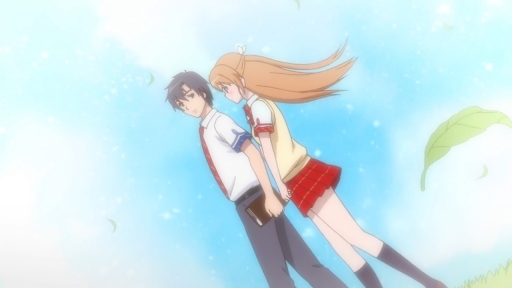 Onward to Daitoshokan as it somewhat ended nicely despite showing its mediocrity.

You see, Kyoutaro Kakei was meant to become a shepherd in exchange for his existence. However, he failed to become one after breaking some rules just to save Shirasaki from being killed. And so, Kyoutaro’s existence remained intact while Nagi Kodachi became a shepherd in his place.

Despite ending it on a decent note, I think Hoods Entertainment should exert more effort on this visual novel adaptation from the start!

Moving onto Tomino-san’s Gundam G-Reco show, it seems that there’s more development as a new enemy approaches in the form of Towasanga, a moon-based faction that wants to conquer Earth or so I believe at first. And so, the Amerian Army (plus the Megafauna Pirate Corps) teamed up with the Capital Army to counter its threat. But then again, their alliance will be short-lived as they’re still at odds with each other.

By the way, Bellri Zenam has joined the Pirate Corps, but I’m sure that he’ll return to the Capital Guard unless there’s a pivotal event in which Bell decides to stay with the Megafauna Crew. Oh yeah, and I have a gut feeling that Colonel Cumpa Rusita might become the main antagonist as he’s stirring up the conflict behind the scenes to his own agenda.

One last note, it’s getting better and better if you understand the whole conflict in G-Reco, but there are some things I’m not amused like having Captain Mask getting his ass kicked most of the time as well as Aida Surugan being a terrible pilot. I think she should join the ballet troupe and become a dancer! 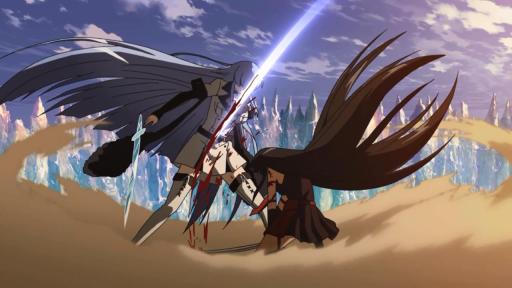 And now I’m going to end this post with Akame ga Kill! While I’m expecting a downer ending due to having characters dying left and right (including Tatsumi), WHITE FOX has decided to conclude this series in a bittersweet note as the empire has fallen with Emperor Makoto and Prime Minister Honest executed for their crimes.

Despite the ending, I have to say that Akame ga Kill! is so over-hyped that it delivered an above-average reception. Sure that it has some awesome moments as the anime adaptation isn’t terrible, but I think WHITE FOX should have adapted Takahiro’s shounen manga better as they somewhat mess it up in some places.

Speaking of the manga, Akame ga Kill! will end soon as it reaches its final arc, so there’s a chance that Takahiro might adapt the anime-original ending and do it better! 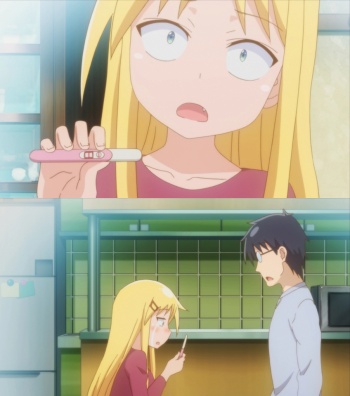 Anyways, let’s end this post with Kaoru’s pregnancy announcement. Having lots of sex with Hajime sure paid off, so congrats to both of them!

That concludes the rest of the anime series airing in Fall 2014! See ya in January for Winter 2014…