This is the final episode where the Severance Court will determine Kureha’s fate. Oh and by the way, both Kureha and Ginko are about to get killed by Chouko Ooki and her firing squad since it’s forbidden to have a human-bear relationship!

And so, this is the opportunity on whether Kureha Tsubaki will back down on love or fight for it!

Oh, and to understand why she was called by Life Sexy is because Kureha made a sin that she gave her selfish love (and her childhood memories) in order to make Ginko human. But after meeting Sumika, she finally found what true love is.

And so, Kureha has decided to become a bear ’cause she’ll never back down on her love! 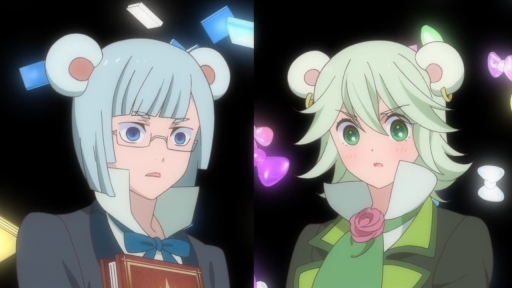 This shocked both Life Cool and Beauty on her decision. Of course, Life Sexy has the final say where he approved it. So therefore, Kureha will return to the human world as a bear! 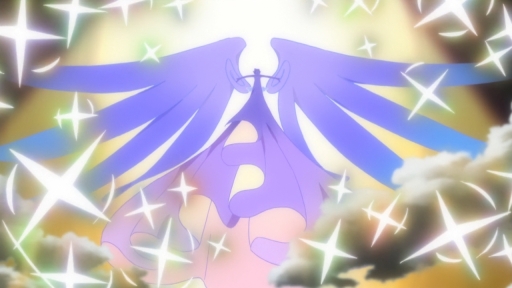 And not only that, it seems that Kumaria will witness the union between Ginko Yurishiro and Kureha Tsubaki!

Oh and by the way, it was revealed that Kumaria-sama is actually Sumika. So I guess that Kureha is dating a goddess all along… Way to go Ikuhara-san! 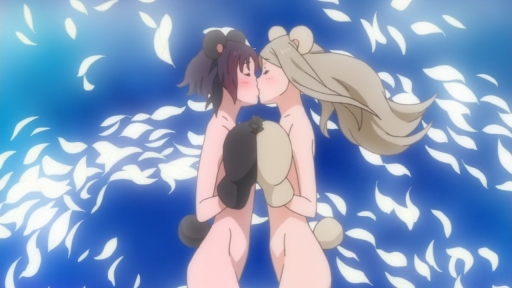 But yes, Kureha has returned and she finally gave that promised kiss to Ginko! Congratulations to both girls…

And look, they’re so cute together as bears! Again, way to go Ikuhara-san as I’m lost for words!

Of course, not everyone is happy about this moment as Chouko Ooki ordered her firing squad to open fire, ’cause she can’t believe how a human turned into a bear. Also, I was pissed that she wasn’t eaten! Fuck you, Chouko Ooki!

But yes, both Ginko and Kureha went down with a bang. And afterwards, life returns to normal as Arashigaoka Academy still punishes students who strayed away from the usual norms and exclude them. And you know what, screw those girls who couldn’t stand up to those rules! 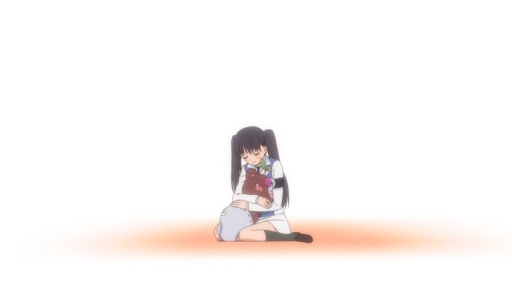 On the contrary, only one student stood up to change the system. Although it’s just a small stand, it’ll turn into a revolution! (Not the Utena kind BTW!) One upside though, at least Konomi got someone instead of being abandoned forever…

And that’s about it for Yuri Kuma Arashi. It started slow, but the resolution between Ginko and Kureha was magnificent despite going through harsh tribulations of finding true love. Of course, it’ll have to ruin it by Chouko Ooki of all people as I hated her guts!

But hey, it was a fun ride and I thank Ikuhara-san and SILVER LINK for making this anime series. With that, I now leave you with Ginko and Kureha going up to a higher place with Kumaria-sama!