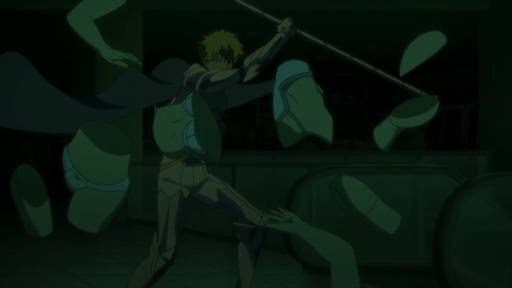 Here’s Takashi Hayase and you know that it’s time for battle between the hero clan and Basara’s team.

Anyways, things are busy on the other side as Maria and Mio-sama tried to hold Takashi at bay. But where’s Basacchi? 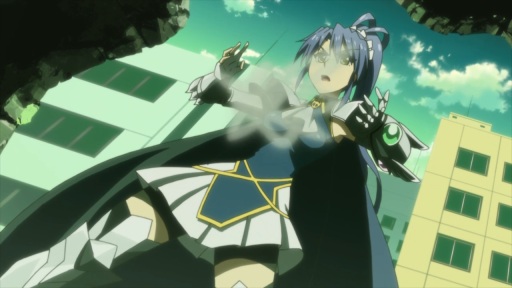 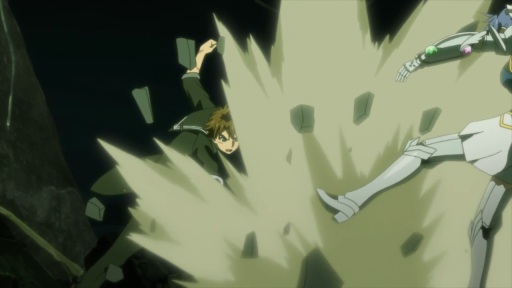 …so he used it to disable hers instead and knock Kurumi out of commission. That’ll take care of that wind magic user! 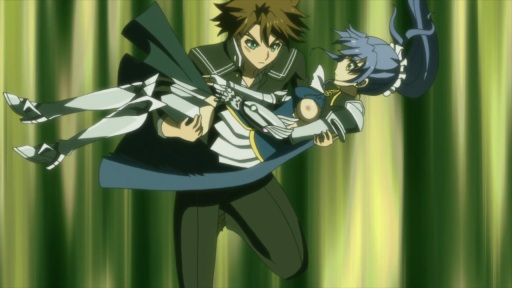 Oh look, clothing damage (if you squint a bit) and Basara just grabbed Kurumi for a safe landing. How nice of him instead of letting Yuki’s sister fall into her death!

In any case, one combatant from the hero clan was down and it’s time for Basacchi to save both Mio and Maria. 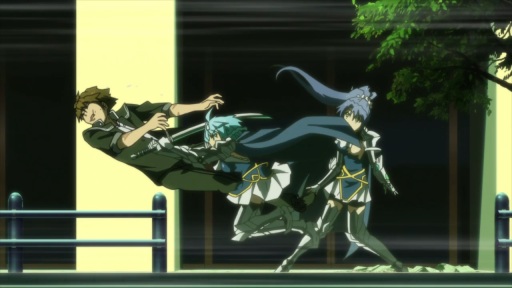 But then, Basara was knocked out by Yuki Nonaka and he was put to sleep. Well, there goes for his heroic acts on these two episodes!

So with that, Yuki went to find Takashi and stop him. On the other hand, what happened to both Mio-sama and Maria?

Well it seems that Maria decides to help Yuki on stopping Takashi, while Mio finds Basara and wake him up.

But you know what, Mio should try getting into his conscience and hug him while she’s naked. That’ll work, muck like Rias-sempai did with Issei back in Highschool DxD BorN Ep. 9!

Meanwhile, Yuki Nonaka is trying to stop Takashi Hayase. However, Yuki in a bind right now and she’s about to get cut into pieces by his Byakko spear. 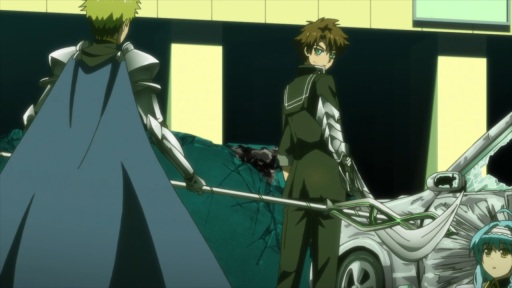 But lo and behold, Basara rescues his childhood friend in the nick of time. Thank you Mio-sama for waking him up!

At this point, the tables have turned as Takashi is on the defensive. But the situation has turned from bad to worse…

…when his spear went berserk and Byakko’s soul emerges from it. Attacking Byakko head-on will make thing terrible for Basara and his friends.

So, he let Byakko’s guard down by having Yuki attack the White Tiger of the West so that it won’t bring up its barrier.

And then, Basara finished it with his Vanishing Shift attack. Well, the dust has been settled as the hero clan lost the battle. 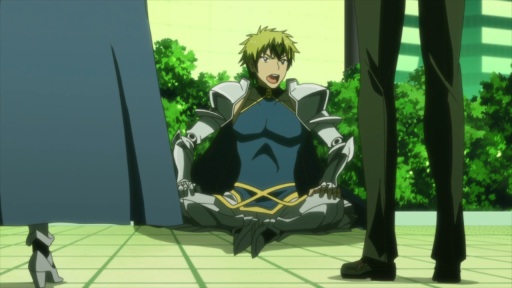 And since that Takashi’s team faced defeat, he wants to be killed off by Basara to retain his honor. But you know what, it’s so stupid losing his life just because a traitor beat him to the punch… 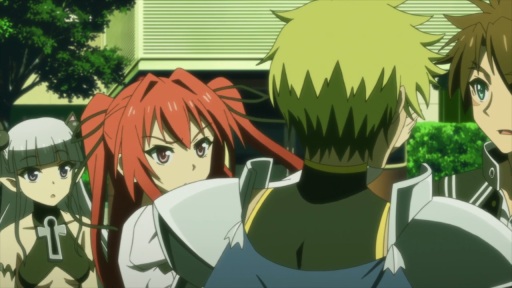 …so Takashi got slapped by Mio-sama of all people. And honestly, the incident that happened 5 years ago at the hero village? It’s time to reconcile one another and bury the hatchet smoothly.

I mean, they suffered enough that it’s pointless on taking a grudge out of Basara, who also suffered too after being ostracized for using his uncontrolled powers. After all, he’s using that power to save his village at that time!

Anyways, all’s well that ends well between Basacchi and the hero clan. But for those who are curious, what happened to Shiba Kyouichi since he didn’t participate this battle?

Well it seems that he received news that the elders decided to observed Mio Naruse for now instead of killing her.

Oh, and he’ll take Yuki away for now due to her misconduct. Also, fighting Shiba when his eyes are open is not recommended at this time. I wonder if he’s more powerful than either Takashi or Yuki?

Speaking of Yuki Nonaka, the elders from the hero clan decided to let her stay at the Toujou residence, ’cause it’ll be more effective on observing Mio Naruse most of the time than in school.

Also, Yuki wants to be with her childhood friend and she’s interested on the Master-Servant Contract…

…right after watching Mio-sama being smothered with honey and licked her breasts by Basara. By the way, Maria captured that moment in Ultra HD!

But anyways, the rest of this post will be filled with ecchi shots ’cause that’s what’s important on Shinmai Maou no Testament. 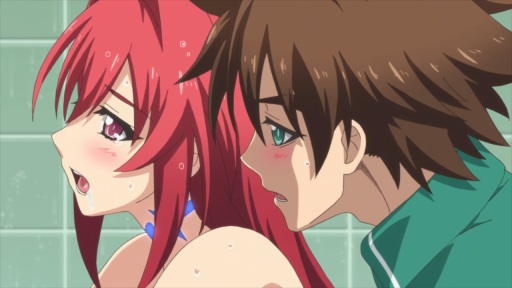 And while you have the usual boob-sucking and fondling, Basara has a new trick on his sleeve… 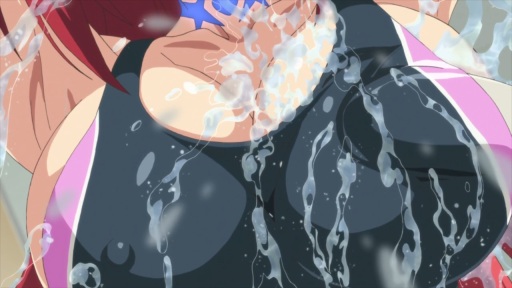 …by placing a shower head inside her swimsuit and turn it on, so that her breasts are completely drenched.

I have to admit, Basara’s idea wasn’t so bad at all! 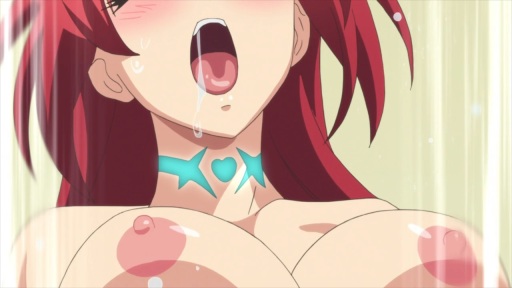 And look, she made a great orgasm after showering her boobies. But with that, her body is relieved from pleasure and it’ll continue that until the next full moon.

But you know what, I rather keep the contract between Mio and Basara as it is. And also, I’m curious on Yuki becoming a bitch in heat when she made a contract with her childhood friend!

For now, I’ll be back for next month to watch and blog Episodes 9 and 10. And to end this post, here’s Zolgear who wants nothing more than getting Mio’s demonic powers.

But he was beaten to the punch as Basara sealed it back in Ep. 4! Then again, Zolgear won’t give up that easily as he has other plans…

This entry was posted in OVAs, Movies, and Specials, Shinmai Maou no Testament (Uncensored Edition) and tagged #shinmaimaou, anime, BD-DVD version. Bookmark the permalink.
%d bloggers like this: