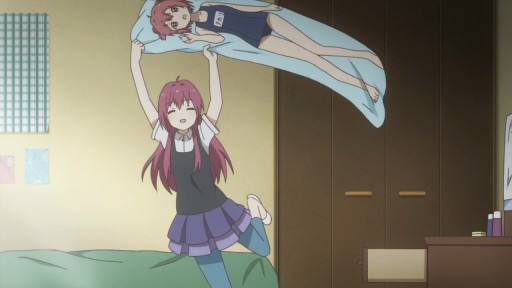 Hey guys, here’s Akane Akaza as she does her usual siscon duties when Akari is away, like washing her Akarin Dakimakura… 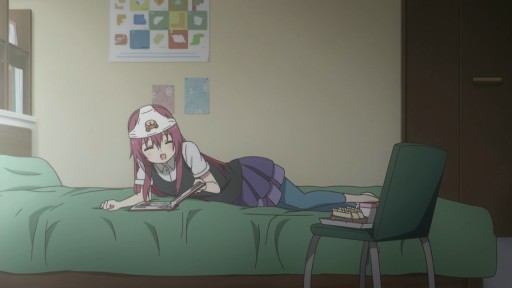 …and seeing pictures of her cute sister. Glad that she was changed from a male into a female!

So while Akarin went to Yui’s apartment for a pancake party, let’s move to Sakurako as she couldn’t study for the upcoming exam.

And you know why she couldn’t concentrate?

It’s because of Himawari’s boobies, which is a distraction for Sakurako considering that her chest is flat as a board!

Meanwhile, Ayano Sugiura is trying out a new dress. However, it turns out that the dress was originally owned by someone else…

Someone like TOSHINO KYOUKO! If fact, Kyouko originally made that dress as a Mirakurun costume. But that’s okay for Ayano as she looked good in that dress!

Anyways, another episode has ended for Yuruyuri San☆Hai! Let’s hope that next episode, they would show the Ikeda sisters or even the mute student council president!