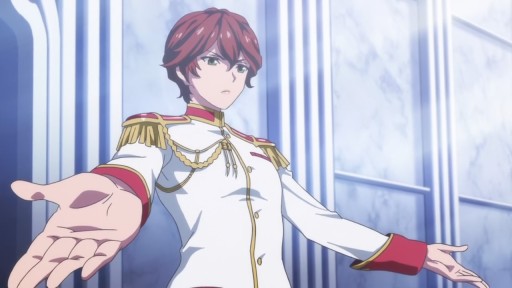 This is Akira Hiiragi, the “real” leader of Walter who is actually the only guy in Mermaid Island despite looking like a lady!

While he promised to everyone living inside the Castle that they’ll get out of the island, I don’t think Akira will live that promise!

Back at the main plot as Mamori-chan and Mirie were found by Mei-Fon Sakura, who stole some goods from the Castle and she’s giving it to the villagers at Torino Town! 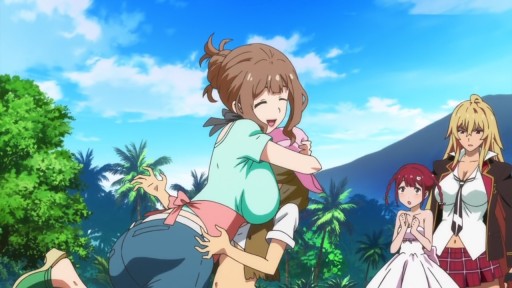 Speaking of Torino Town, this is Ms. Torino and she has a nice rack when she hugged Mei-Fon.

Well, I guess that both Tokonome and Shikishima will have a place to stay… 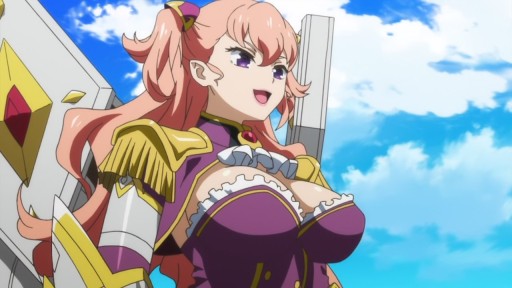 That’s until Charlotte Scherzen barged in thanks to slight blunder by Mei-Fon Sakura. I guess she’s not aware that there’s a tracking device hidden when she’s smuggling goods to the village! 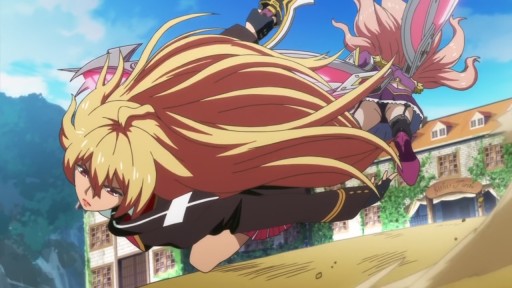 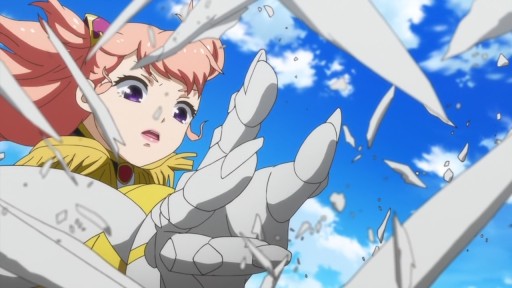 So let’s get this over with as Mirei steps in to beat this bitch up! And as you can see, Charlotte’s Arm couldn’t scratch a former soldier like Mirei Shikishima.

At this point, Charlotte is gonna lose…

…until one of Charlotte’s subordinates named Kasumi Shigure intervened. And damn, nice legs for this knight!

Of course, her legs isn’t just for show as Kasumi doesn’t need an Arm to beat Mirei up. 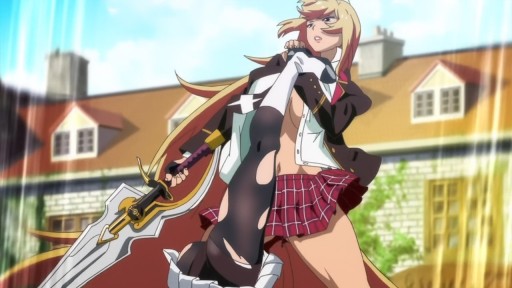 That’s because Shigure uses her own strength to kick Shikishima up in the air. That is why she calls herself as “Zero Arm”! 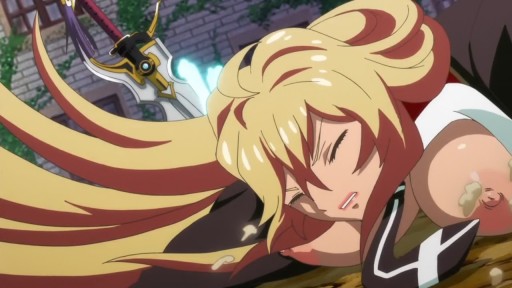 And that’s how Mirei Shikishima was beaten by one of Walter’s knights. At this point, it’s game over for Mirei and Mamori-chan! 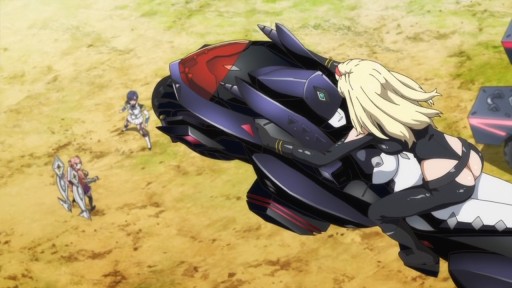 But then, a mysterious figure appeared at the scene to rescue both Shikishima and Tokonome. Actually, she appeared in the first episode!

Anyways, this biker chick’s name is Lady J. Oh and her bike? That’s her Externe who can also turn into a weapon (I hope…) apart from turning into a mode of transportation!

But that’s about it for Ep. 3! Tune in on the next episode as Lady J will help her rival Mirei from this mess!