This is Mumen Rider, a rider who doesn’t have a motorcycle riding licence as he resorts to pedaling up with his trusty bicycle.

Sadly though, he’s mostly being over-staged by awesome heroes as Mumen Rider is always being knocked-out by stronger foes! 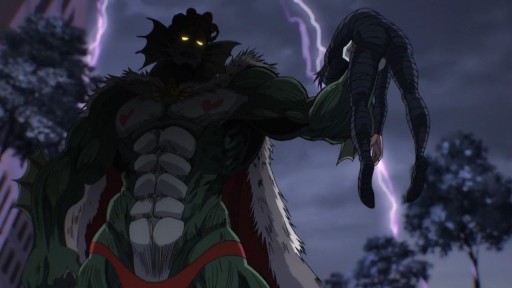 This includes this villain who calls himself as the King of the Deep Sea.

While not related to the Pokemon Seaking, the Sea King is so strong that A-Class heroes or below couldn’t beat him. Only S-Class heroes can beat this monster! 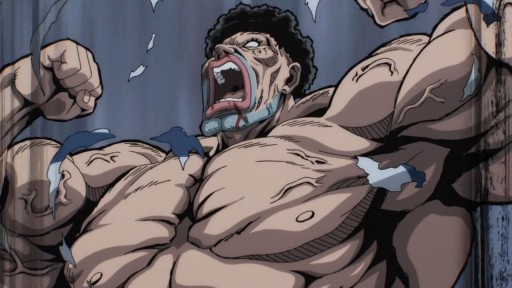 Case in point, one S-Class hero showed up named Puri-Puri-Prisoner.

Don’t be fooled by his gay mannerism as he can kick ass by going into Angel Mode, which his body bulked-up to extreme thickness that becomes naked in the process! 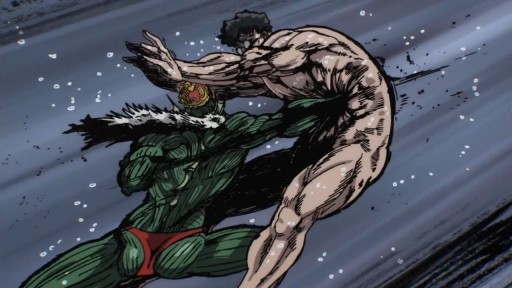 Then again, the Sea King mowed Puri-Puri-Prisoner like a toothpick. At this point, City J is doomed!

So with that said, it’s up to the real heroes to show up and beat the boss on the next episode.

While Genos would take the glory, Saitama will beat the Sea King with a single punch!