Today, a very unlikely partnership was formed between Shino Sasaki and Urara Takachiho.

Their mission: To deepen their bond with Akari Mamiya and capture her embarrassing moments. Yeah, good luck with those two! 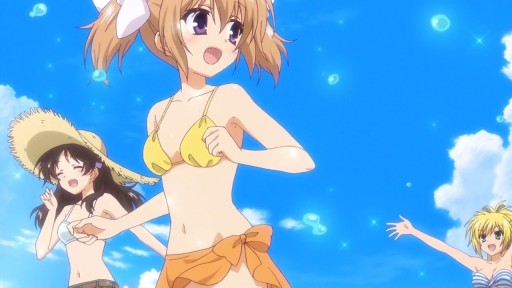 Oh yeah and in order to succeed their mission, Urara made a special swimsuit just for Akari-chan. 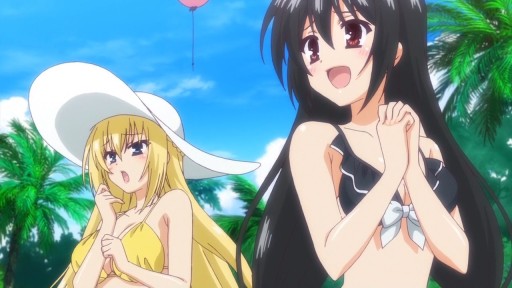 Aww, Urara and Shino are so happy to see Akari-chan! One more thing about Akari’s swimwear? I’ll tell you that it’s the same design as Urara Takachiho.

Oh and there’s a catch though as Akari’s swimsuit has a special function, which it shrinks when doused in water. This poses a problem for Urara-sama…

…as the Aizawa twins mixed the swimsuits up. Oh boy, I have a bad feeling about this! 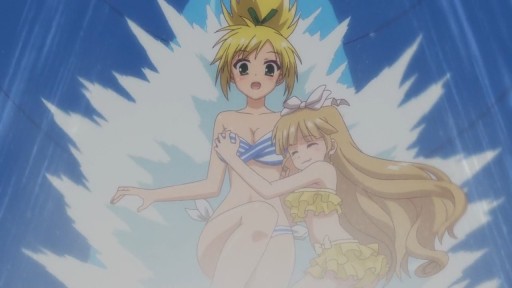 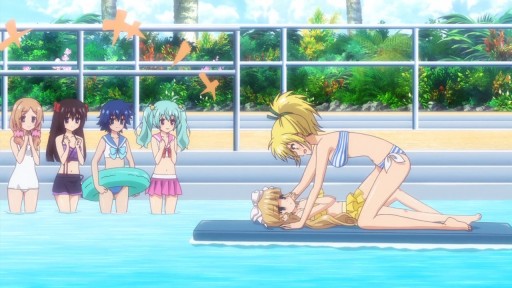 Oh look, and Raika is about to make out with Kirin-chan, something that’s not safe for Nonoka’s eyes.

You know what, let’s move onto the main event where Urara is about to ra- I mean deepen her relationship with Akari-chan! 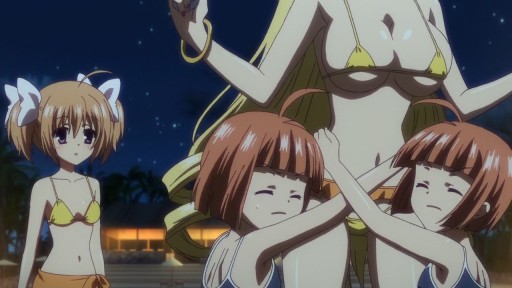 Unfortunately, Yaya and Yuyu attempts to stop their master from embarrassing herself. 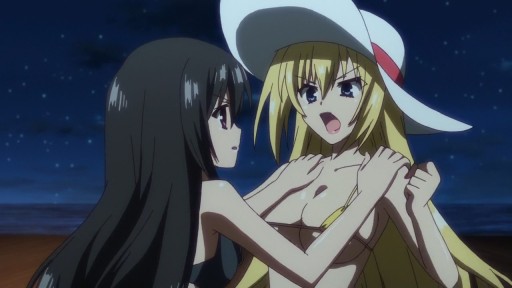 So was Shino as she noticed that Urara is wearing that shrinking bikini, and it’s about to have a wardrobe malfunction if it shrinks further!

And then, it turned for the worst as both girls fell into a trapdoor and into a large hot bathtub.

Urara supposed to take Akari-chan into the bathtub, but it seems that her plan failed!

Therefore, Urara Takachiho got a taste of her own medicine. Well, it’s sucks that she’s buck-naked and Urara is hiding her buxom body underwarter, something that’s not safe for Akari’s eyes!

In any case, I’ll see you on the next episode where Aria-sempai visits the Mamiya residence.