Let’s start the new arc with something boring: Two boys loading bullets onto magazines by hand.

Wait, where’s the fanservice if you may ask? 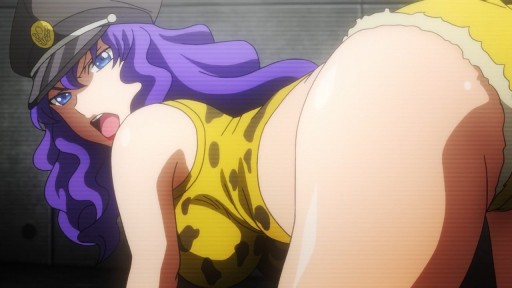 Well, here’s some fanservice to motivate Qwenthur and Havia up. I mean, they sure load those rounds faster!

Of course, there’s something more on this episode, especially when it comes to Havia Winchell’s noble life…

See this girl sipping a cup of tea? That is the only daughter from the Vanderbilt family as well as Havia’s fiance.

Surprise yet? Well it turns out that the Winchell and the Vanderbilt family are arch-rivals to each other many centuries ago. How they started it and when will they make peace is out of the question!

For now, it’s time for those boys to do some scouting in Antartica. Yeah, no sane person could walk around the area when it’s freezing out there!

…like these terrorists. Honestly, a Handaxe plastic explosive would take care of these guys should Qwenthur found a surface that can be destroyed!

Of course, it won’t work against rail gun turrets as they’re massive that they’re held by anchors to make it stable after firing a round.

Speaking of anchors, I think Qwenthur got a great idea! 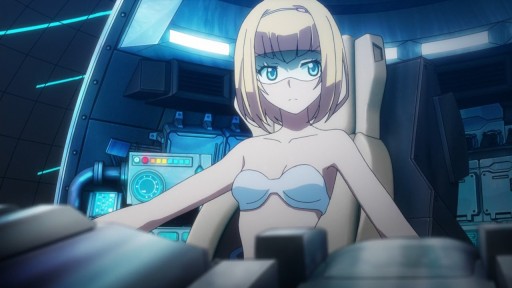 So, Qwenthur Barbotage asked Milinda Brantini for assistance as he gave her the target coordinates to shoot.

Yeah, having the Princess piloting her Baby Magnum is very helpful on this situation. Oh, and not to mention that she’s cute in her undies!

But anyways, Milinda fired her guns at the icy surface, rendering the anchors useless when the ground become unstable.

Therefore, those rail gun turrets come crashing down! Thanks for the support, Princess Milinda!

And one more thing, seems that both Qwenthur and Havia managed to stop a probe robot from firing a laser towards the dark side of the moon.

By the way, Lady Vanderbilt currently spend her vacation on the moon since it’s outside from conflict. But honestly, Lady Vanderbilt got it wrong as although the laser didn’t hit the moon, she shouldn’t be confident that the moon is the safest place around!

Anyways, this story arc isn’t over as they might encounter an Object with stealth capabilities on the next episode!