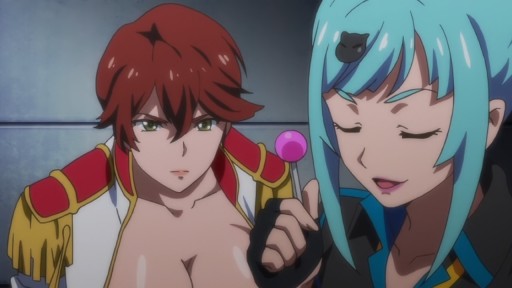 Momoka Sagara, she sure wants to humiliate the former governor Akira Hiiragi after blasting her last episode! 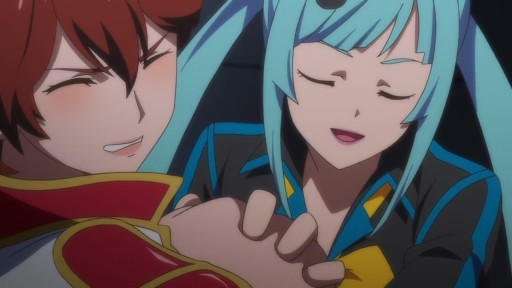 And now, she’s fondling Akira’s massive breasts because why not! C’mon guys, you like to fondle her tits badly don’t you?

Then again, seems that Momoka’s hands are glowing after groping Akira’s boobies.

For now, Mermaid Island is in chaos under Charlotte Scherzen’s iron fist rule. And look, Akira Hiiragi was shown in a humiliating manner!

Good thing Mirei and Mamori-chan went to the Castle and managed to put her down. Of course, being inside the Castle might endanger both of them…

This includes engaging Kasumi Shigure to a death-match as it’s her duty to protect the Castle from intruders, despite being governed by a bitch named Charlotte Scherzen!

So far, Mirei Shikishima is getting the upper hand due to her powers as a Soldier. 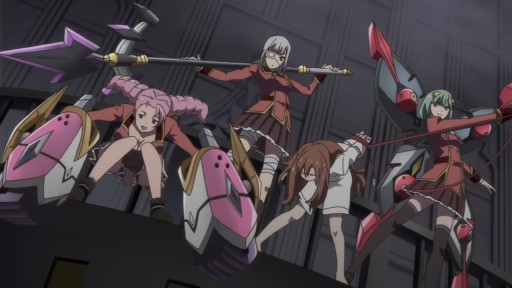 And to make matters worse, Kasumi was pressured when her partner Hibiki Kenjou got involved on this battle. For those who don’t know, Hibiki was traumatized for being bullied by thugs when arriving at Mermaid Island.

This prompted Kasumi to become stronger so she can protect her friend, but it seems that Charlotte got an idea of using Kasumi’s friend to motivate her on beating Mirei Shikishima!

Not until Mamori-chan managed to push Charlotte’s posse away from Hibiki Kenjou, but it seems that she’ll get the fall towards her demise together with Kasumi’s partner.

Nice attempt on saving Hibiki-chan, Ms. Virgin! Unfortunately, no one is gonna save you as Mirei is busy fighting the Zero Arm! 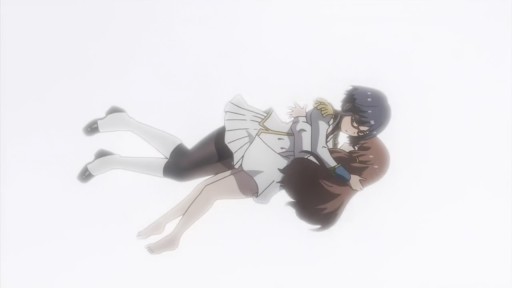 Then again, Shigure decides to ditch her fight and rescue Kenjou from certain death.

Glad that Kasumi did something chivalrous unlike Charlotte Scherzen! 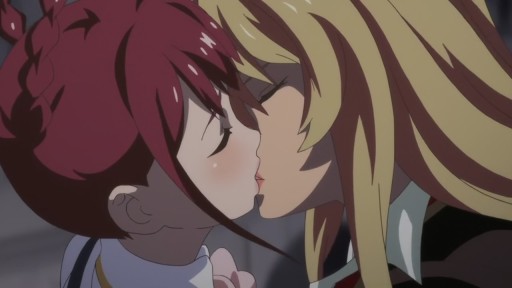 Meanwhile, Mirei saves Mamori-chan as well since there’s no point on continuing her fight against the Zero Arm.

Not only that, they kissed and fondled each other’s breasts…

…which Mamori-chan turned into a weapon and achieved the Valkyrie Effect. That would scare Charlotte’s posse to hell when Mirei Shikishima unleashed her fury at them!

So with that said, that would be it for Ep. 10 and I apologize for posting it late. 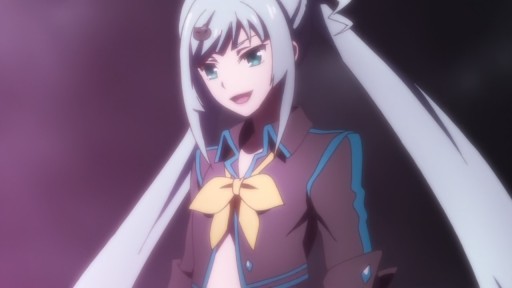 Oh yeah and as for the next episode, I expect Mirei fighting against Momoka Sagara at full strength. Of course, seems that Momoka has other plans!