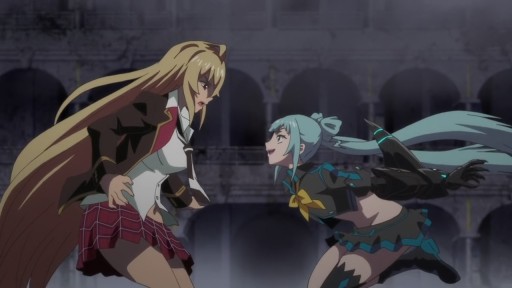 Well everyone, it’s time for the battle between Mirei Shikishima and Momoka Sagara. And speaking of these two, it’s revealed that they’re previously acquainted with each other.

Unfortunately, instead of having a heart-warming reunion… 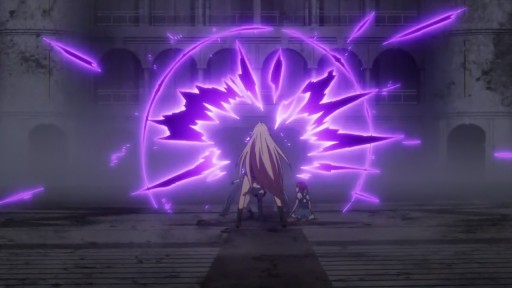 …Momoka is here to kill Mirei for abandoning her.

Damn, no wonder she came here to Mermaid Island with a vengeance! But you know what, it’s her organization’s fault for making Momoka a monster!

Oh and to make matters worse, one of Momoka’s friends captured Mamori-chan ’cause she’s capable of activating the Valkyrie Effect!

Yeah, Momoka Sagara is going to spite Mirei Shikishima more by taking her partner away. 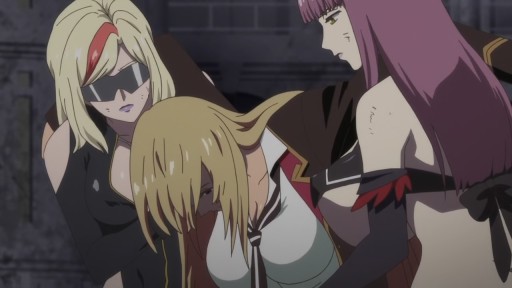 Meanwhile, Mirei Shikishima is so beaten up that Rain Hasumi and Lady J help her out. Of course, time is running out…

…as Momoko is raping Mamori-chan into submission so that she can use Tokonome’s Externe powers to its limits.

See, she’s going to spite Mirei even more when Mamori-chan became Momoko’s personal Arm! Oh boy, things could get ugly on the next episode! 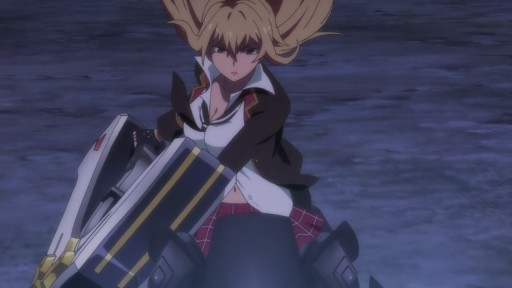 Speaking of the episode, Mirei Shikishima storms the Castle once more with Rain and Lady J assisting her to get Mamori-chan back!

Of course, she must face Charlotte Scherzen as she borrowed one of the Soldiers to become her Arm and put Mirei down.

Honestly, Charlotte became so low after being the governor of Mermaid Island and now it’s a role-reversal as she became one of Momoko’s bitches!

Oh yeah and as for Charlotte’s Soldier Arm that was borrowed by Momoko? This one is very tough to crack so it needs a lot of power to bring it down!

Luckily, Rain and Lady J got an ace on their sleeve as they combined their power to form an airbike! 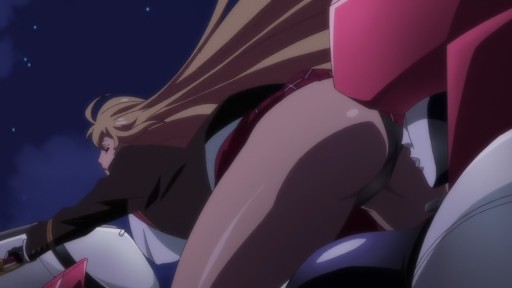 And look, seems that Lady J got a nice view on Mirei’s ass! That’s so clever for both Ladies!

In any case, that’s the end of the line for Charlotte Scherzen as Mirei rammed her Arm until it explodes!

Sorry Charlotte, but take a rest ’cause they had enough of your bitchy rule on Mermaid Island!

Well then, see ya on the last episode!