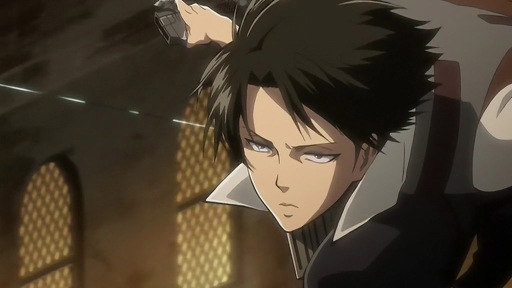 Ladies and gentlemen, I’m back to blogging the main series after watching the middle school spin-off. Also known as “No Regrets”, this is a back-story of Levi who grew up in the underground as a bandit.

Using 3D Maneuver Gear that were stolen from military warehouses, Levi turned the underground slums into his playground where he honed his skills to not only get away from random thugs, but the Military Police as well. 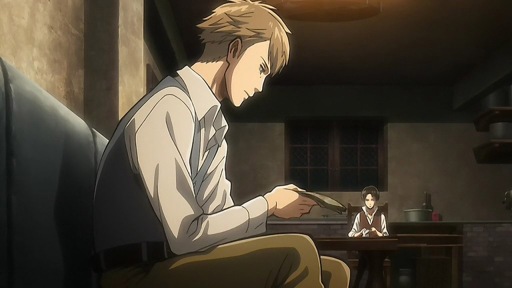 Of course, Levi couldn’t do it by himself so he has two companions joining him. This is Farlan Church, Levi’s long-time partner who helped unprivileged dwellers by giving them goods and cash. 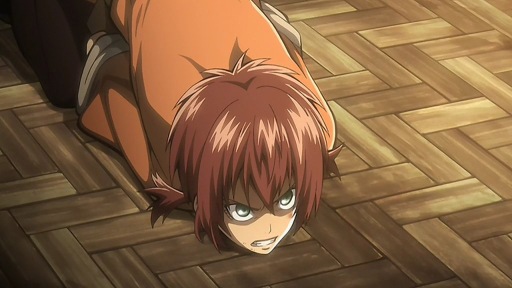 And this is Isabel Magnolia, the newcomer who was rescued by both Levi and Farlan from pursues.

One more thing, she’s holding an injured bird as Isabel went to the surface to save it. 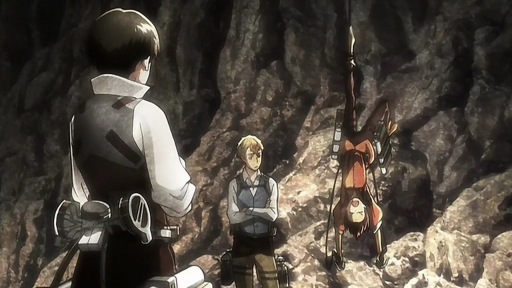 Together, they become the Robin Hoods of the underground as they steal goods from greedy merchants and give it to the poor, using 3D Maneuver Gear to out-run everyone that gets in their way! 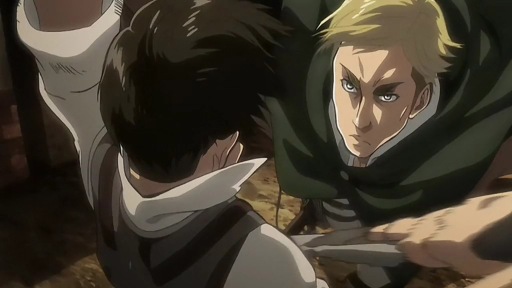 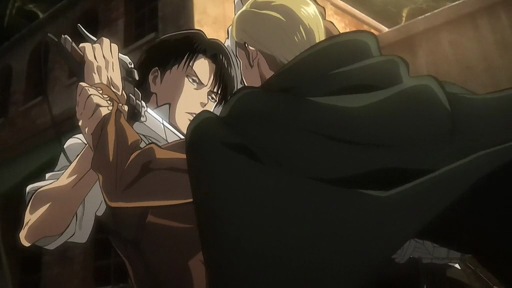 However, they couldn’t run away against the famous Recon Corps (or Survey Corps) as Levi and his two comrades encountered them during their merchant raid. 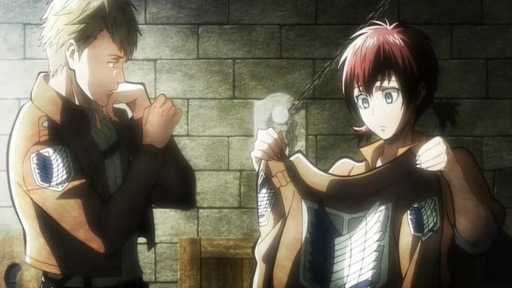 Of course, their capture was planned all along as they were ordered by an official named Nicholas Lobov, who wants to cancel the expeditions by assassinating Erwin Smith and obtaining the document. 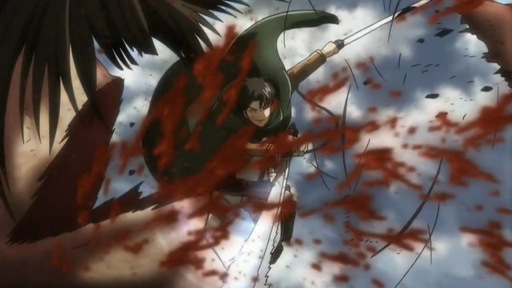 But nevertheless, Levi and his friends didn’t act suspicious as they joined the expedition so they can get close to Erwin Smith and kill him.

On the other hand, seems that Levi, Farlan, and Isabel got their first taste of killing a titan out of the open.

Unfortunately, some of the soldiers got ahead of themselves that they got slaughtered. This includes Isabel Magnolia… 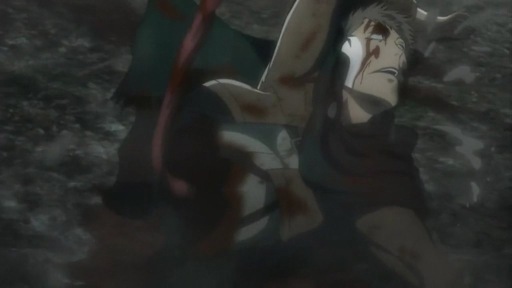 …and Farlan Church. Well, that’s sucks and no wonder both characters didn’t appear on the first season. 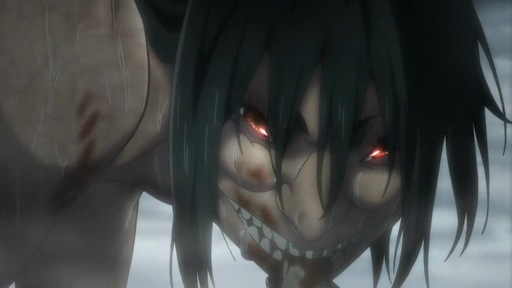 And look, this titan wants to eat more as its eyes are set onto Levi! 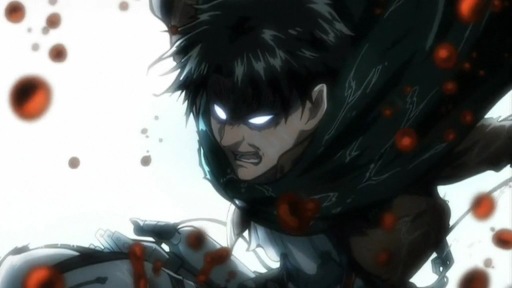 Of course, given that Levi saw his friends die, he’s freaking pissed that Levi vent his anger at the titan… 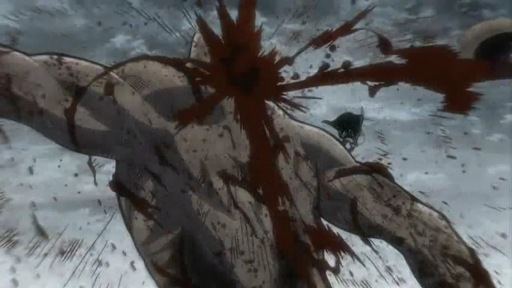 …cutting not only the head, but also the whole body. And that’s why Levi was called “the strongest man” in the Recon Corps! 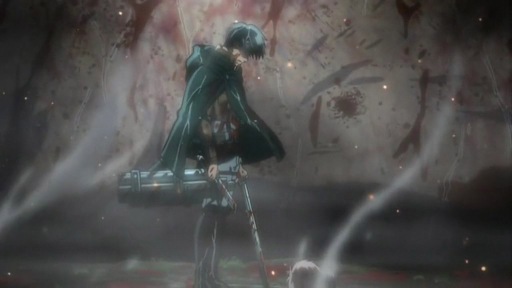 In any case, that’s about it for Shingeki no Kyojin Episode 00.5 as Levi became the only survivor of his group. Meanwhile, it appears that Nicholas Lobov was arrested and thus the future of conducting expeditions outside the wall is secured.

As for the “No Regrets” OVA episode, it was good to watch how Levi rise up from being a bandit to an ace of the Recon Corps after choosing to join Erwin Smith’s cause. Then again, the fact that his two friends Farlan and Isabel were slain will haunt him for life, yet Levi didn’t bother by it unless someone close to him die in a horrible fashion.

Overall, it’s a great episode and I’m hoping that Studio WIT and Production IG would make another season. Also, I would like for them to adapt the “Before the Fall” novels as well!

1 Response to Shingeki no Kyojin Episode #00.5