Let’s start with something creepy… Something that’s taken from an urban legend where a boy was so curious at the calendar, that he looked at it and flipped its pages until the calendar reached December. 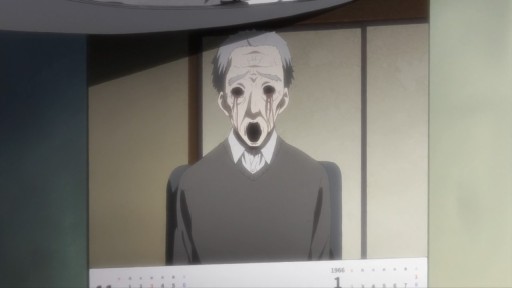 And upon reaching December, the boy saw an old man crying out hyper-realistic blood that he freaked out and got cursed!

Yeah, that would scared the shit out of everyone who hear that story!

Of course, most of them aren’t real and sometimes those stories came from a bubble gum wrap/package.

But you know what, that’s enough scary stuff for this week’s episode!

Instead, here’s Saya Endou as she plays kendama like a champ. Sure that she’s a scaredy-cat, but Saya-chan is a master of playing children’s toys!

Heck, even Kokonotsu is very impressed about it, but not so much about her brother Tou-san as he sucked at playing kendama!

Anyways, I’ll see ya next week then…