“They arrived, they saw, they kick ass!” The Japanese Self-Defense Forces are here to unleash hell against Emperor Zolzal’s army!

Heck, even Zolzal got terrified by it! Man, if only Wagner’s Ride of the Valkyries was playing on this episode…

Meanwhile, Tyuule suggested to Zolzal that the army should invade the Jade Palace as she believe that the JSDF are heading there to rescue the pro-peace faction.

Unfortunately, moving the whole Imperial forces away from the capital might backfire the emperor as it’ll leave it unprotected!

Besides, we’re talking about the Japanese Self-Defense Forces here as they can take the enemy efficiently without causing collateral damage against civilians and other important figures.

Honestly, the Imperial army didn’t learn one bit about the sheer power of the JSDF’s weapons: be it rifles, grenades, and machine guns!

Speaking of important figures, the Japanese ambassadors are safe including Sherry Tyueri…

…as the Japanese Self-Defense Forces extracted them away form the Jade Palace.

See, these guys are great when it comes to rescuing their own people as well as civilians from the Special Region!

On the other hand, Bozes Co Palesti is requesting the JSDF to rescue Princess Piña Co Lada.

However, there’s no much time for them to rescue the princess in which Bozes felt very frustrated!

Well, there’s only one soldier who can do the impossible. That’s right, it’s Lt. Youji Itami and his group of friends consisted of two elves, a demigod, and a wizard!

Yeah, let’s hope that they can make it in time… 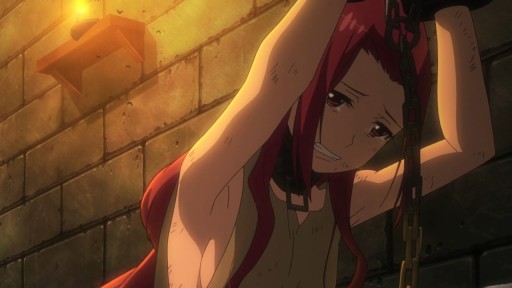 …as I have a bad feeling that Princess Piña Co Lada might get raped. Well then, I see you next week!