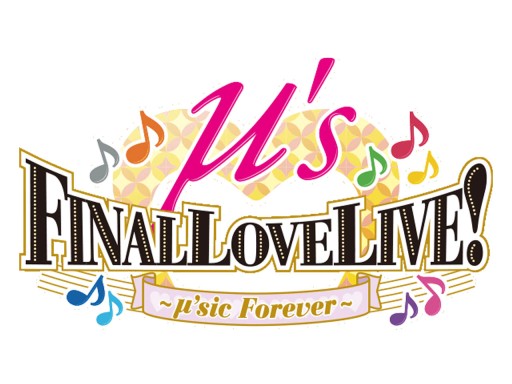 Well, the dust has been settled at the Tokyo Dome on March 31 and April 1, 2016. Those two days will be remembered as μ’s made their final curtain call and graduate as young adults. This is μ’s Final Love Live ~μ’sic forever~, the culmination of what they achieved in the span of 6 years, and now I tell you the tale about it!

Big thanks to both SM Cinema via their Facebook page and Mantan-Web.jp (via LL! Updates) for providing pictures. Also, kudos to Love Live! subreddit page for the link regarding the song list as well as Anime Pilipinas for providing news leading up to the concert. 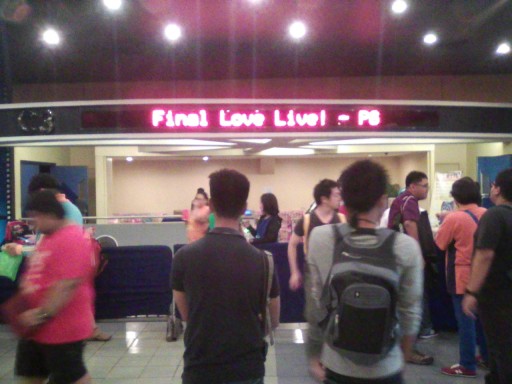 Anyways, μ’s Final Love Live was shown in the Philippines at SM Megamall Cinema 3. As one of the 10 countries selected for live viewing, we’re the lucky ones to have the opportunity on seeing μ’s take their final bow!

Let’s start with Day 1 as my journey starts here at SM Megamall. Originally, Bandai Namco Entertainment, Kadokawa ASCII Media Works, and ODEX Private Limited grant us Day 1 of Final Love Live! concert. However, it was confirmed by a representative of SM Cinema that Day 2 will also be broadcast so I’m thankful that it happened even though it was a last-minute announcement. 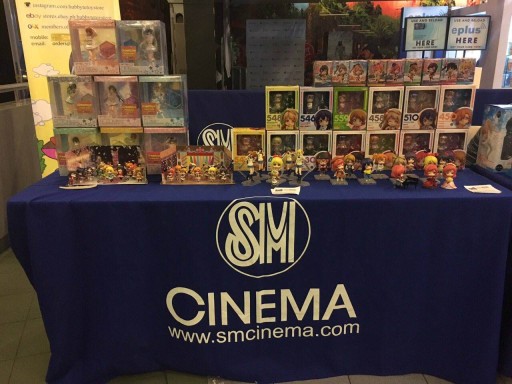 Moving onto Day 1 where there was a toy exhibition from a local hobby store. Here, you see various figures of μ’s displayed near Cinema 3’s entrance gate.

While I won’t have the money to afford it, having a local hobby shop displaying figures is truly a dedicated effort!

Now onto the main event as it’s time for Day 1 of μ’s Final Love Live. It was a huge gathering of Love Livers, myself included!

Oh yeah, and I forgot to tell you that the Hero TV is covering this event. Looking forward for their coverage, but I don’t think I’ll watch it. 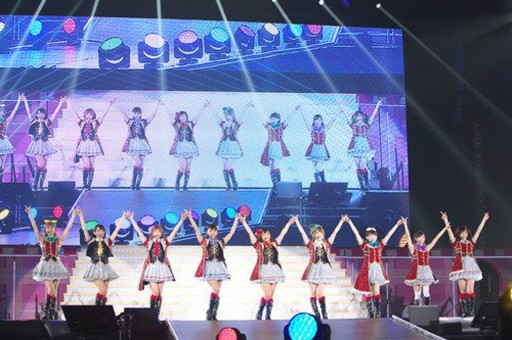 Anyways, let’s talk about what happened to Day 1 and while I have to say that it was an amazing concert, the close-up camera shots needs a little bit of work as it missed most of the girls’ moments sometimes.Also, while μ’s made a great performance from beginning to end, my concern was Yoshino Nanjou’s knee condition as it might worsen if she exerted too much. Good thing it didn’t happen or this concert might end abruptly.

Despite that, Nanjou-san did her best together with the rest of the girls even though she performed the opening act as well as new songs like Angelic Angel and SUNNY DAY SONG. Oh and even though she’s relegated to moving platforms as she can’t do all of it in the span of 5 hours, Nanjolno still radiates during the BiBi segment as well Hate na HEARTBEAT (styled as ？←HEARTBEAT) together with Aina Kusuda and Sora Tokui. 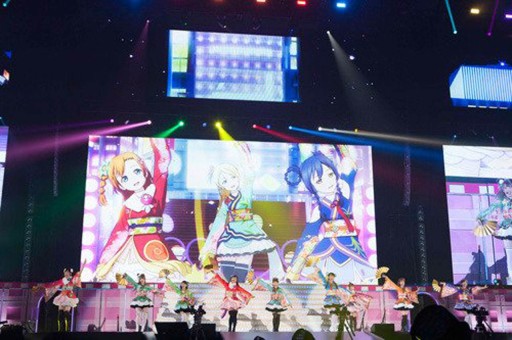 Moving onto the rest of Day 1 as while there are some shipping during the concert such as Kussun x Nanjolno, I enjoyed watching the performance of Hello, Hoshi o Kazoete where Riho Iida, Yurika Kubo, and Pile did their best dancing and singing like they’re in Broadway!

Others include memorable performance from 3 sub-units ranging from Printemps to lily white! While BiBi’s performance is full with hype, watching both Printemps and lily white giving their all is truly remarkable. As for their encore performance, I’ll save it for later… 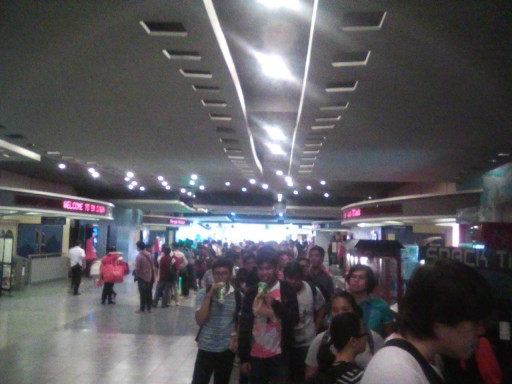 …as I move onto Day 2 where the crowd is a bit less than Day 1 due to SM Cinema announcing it as the concert is fast approaching. 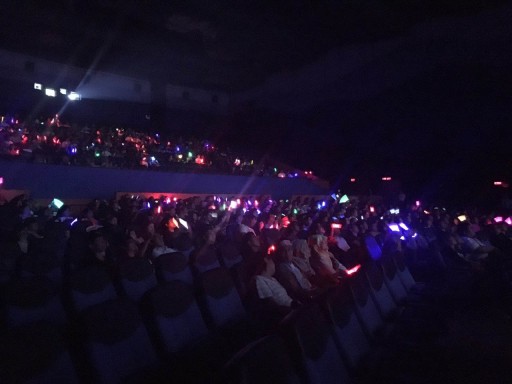 Anyways, Day 2 is where things are starting to sink in for us Love Livers as well as μ’s. While the attendees is somewhat lower compared to Day 1, the atmosphere during Day 2 is still vibrant yet it has a bit of melancholy to it!

During their introduction, Aya Uchida is started crying as it’ll be the last time that Ucchi and the rest of μ’s performing together as a unit. The only thing I can say is “It’s okay!” and “FIGHTO DAYO~!” when things are getting a bit gloomy! 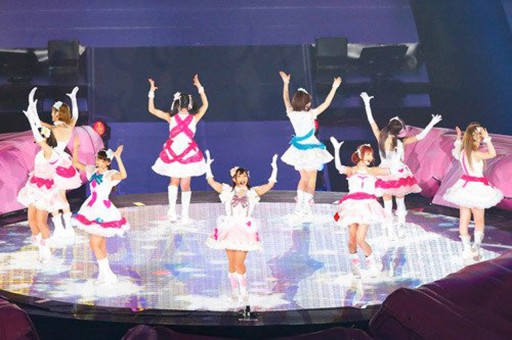 Now let’s talk about what happened to Day 2 and while the song list is the same as Day 1 (with one song “Kitto Seishun ga Kikoeru” being replaced by “Donna Toki mo Zutto”), it’s still awesome and it felt better than Day 1 such as fixing the golden after-trail during Angelic Angel. But what’s important was the encore performance which I’ll tell you about it.

I have to say that all 9 girls performing during the encore was the most spectacular thing I’ve ever witnessed, ranging from the light transition to bright orange during Snow Halation, to that big flower blooming out to reveal μ’s in Bokutachi wa Hitotsu no Hikari just like in the School Idol Movie.

Even after the song is finally over, the crowd still sings BokuHikari as the girls says good-bye and took their bow for one last time. Heck, they still sing with tears flowing through their faces as they descend down to the backstage! In any case, the concert is finally over. 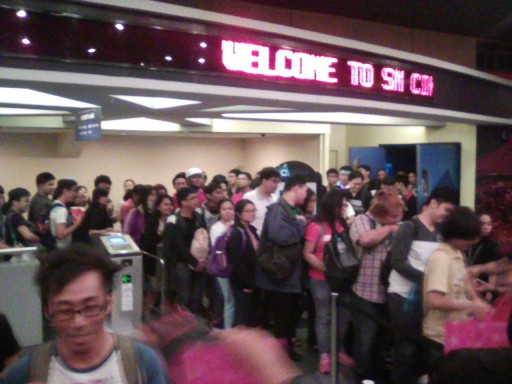 Of course, there’s still more after the Final Live as concert goers were given a paper bag containing a clear file of μ’s. Everyone is scrambling to trade clear files where they wanted either the 2nd year or the 3rd year students. I originally got a Hanayo/Rin/Maki clear file but I trade it for a Honoka/Umi/Kotori one.

One more thing, I would like to give shout-outs to XyLoL as he’s working a tribute video to not only for the Philippine Love Live! fan community but the whole Asia Pacific that got the live viewing as a “Thank you!” message for μ’s and the whole Love Live! School Idol Project. Kudos to him as I took part of the project back in Day 1. 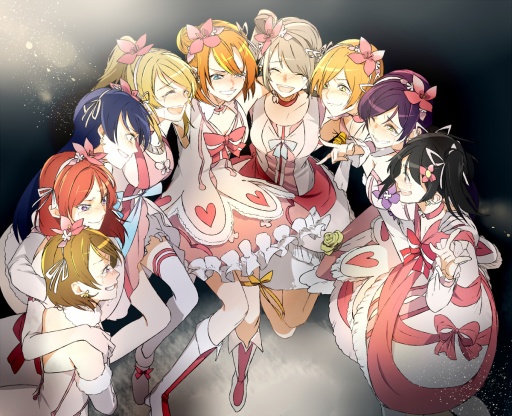 In any case, that’s about it for my experience in μ’s Final Love Live concert.

I have to say that even though the song list is almost the same between these two days, I enjoyed a lot as if I’m like watching the Suzuka 1000km from Super GT two times over (RIP Pacific Racing Team μ’s McLaren MP4-12C GT3). But no matter what path they’ll take in the future, μ’s will be remember in our hearts forever!

Anyways, now the only thing we’re looking forward is Aqours as they’ll take center stage and continue their legacy!

This entry was posted in Personal and tagged #ラブライブ, concert, Love Live!. Bookmark the permalink.
%d bloggers like this: