Hello everyone, it’s time to close out the 2015 Anime Season with a nice fanart of Honoka Kousaka passing the torch to Chika Takami. While Aqours will have bigger challenges ahead, let’s hope that they not only carry the legacy of μ’s but to establish themselves that their school idol group can go to even greater heights than before!

By the way, I was gonna include a category for Best Sequel Anime in 2015. However, there are too many good sequels on the list so I’ve decided to make a post about it in the near future. But anyways, let’s get started!

Well, this is the most obvious result in Spring 2015 as Kyoto Animation’s Sound! Euphonium takes the top spot over Madhouse’s anime adaptation of Ore Monogatari!! by a mile.

While the story of Ore Monogatari!! is pretty sweet, especially when Madhouse did a good job on creating a cute interaction between Takeo Gouda and Rinko Yamato, KyoAni’s novel adaptation of Sound! Euphonium hit so many high notes not only on the visuals, but they made the story even more compelling from the novel!

As for GATE, while it has a bit of controversy despite the anime adaptation toning down some of the right-wing elements, it did fare better especially in the second half so I thank A-1 Pictures for making a good adaptation of GATE. 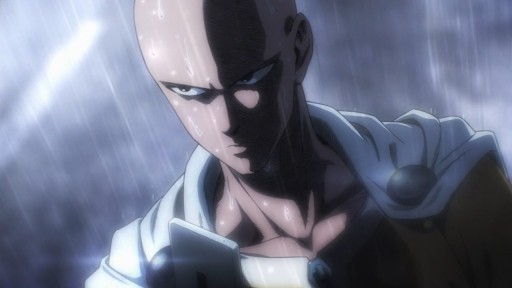 All I can say, it’s obvious that One Punch Man took the number one spot in Fall 2015 due to Madhouse’s stunning adaptation of ONE and Yusuke Murata’s manga.

While Troyca did a great job of adapting Sakurako-san which fared better in terms of visuals, nothing compares with Madhouse when handling OPM into a stunning superhero anime series!

While I played catch-up on watching BokuMachi until the end, I feel that A-1 Pictures should have made 2 or 4 more episodes like how Gaku Yashiro was motivated into kidnapping children and murdering them, as well as how did Satoru Fujinuma survived the freezing cold water at the end of Episode 10. 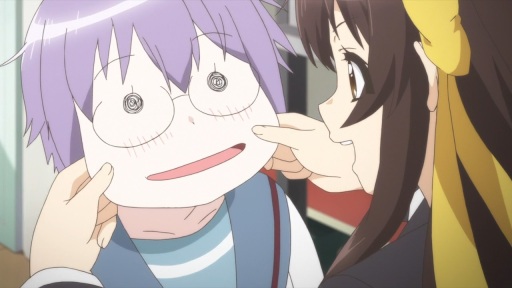 Well, all I can say is that The Melancholy of Haruhi Suzumiya is still strong after 10 years. This also applies to its spin-off where Satelight did a great job of capturing the main series’ original essence in their adaptation of The Disappearance of Yuki Nagato-chan. Sorry Aria H. Kanzaki, but your spin-off series should try harder!

While I want to beg Kadokawa on making a sequel, the possibility will be very low as Aya Hirano will travel to the United States and study there for 4 months. Good luck for her and if Aya Hirano wanted to go back to the seiyuu business, just let us know in the future!

While Gakkou Gurashi already took the most surprising hit anime of 2015, let’s look at another sleeper hit series as Osomatsu-san took the top spot over Kono Subarashii Sekai ni Shukufuku wo! and Grimgar of Fantasy and Ash

Sure that KonoSuba and Grimgar fared better as they deconstructs the fantasy anime/”trapped in a world” genre, Studio Pierrot revived a gag manga from the Showa era into an anime series fit for the modern audience with meta-induced contemporary humor, yet it retained Fujio Akatsuka’s original zaniness.

Although Osomatsu-san and KonoSuba will have a sequel in the future, seems that Grimgar will be another one-season series by A-1 Pictures to promote the original light novels!

And speaking of sequels, DanMachi will have one in the future as well as a spin-off series. Of course, the only reason why DanMachi is so popular is apart from Hestia’s boob strings, J.C.Staff did an amazing job of adapting it.

In any case, these two GA Bunko titles did well compared to Undefeated Bahamut Chronicle!

Back in April 2015, A-1 Pictures made 4 anime series with Uta no Prince-sama and Magical Girl Lyrical Nanoha ViVid becoming decent shows in their own right. However, the other two didn’t fare better with Gunslinger Stratos: THE ANIMATION being the worst as well as Denpa Kyoushi in which A-1 Pictures’ adaptation was a joke in my opinion.

While I have high hopes for Denpa Kyoushi as it’ll be similar to Great Teacher Onizuka, it wasn’t meant to be as it has shoddy animation, a plot that’s uninteresting despite Hiroshi Kamiya voicing the main character, and Suzune Kagami being 10 times more annoying when former SKE48 member Rena Matsui voiced that character.

Also known as the Anime of the YEART! Enough said!

While Valkyrie Drive: Mermaid has the most ridiculous plot, it couldn’t topple Ninja Slayer in terms of how Studio Trigger made a crazy adaptation in the style of Inferno Cop.

Finally, it’s time to end this post as I award the anime series as the best of the best in 2015. That show is Kyoto Animation’s Sound! Euphonium, while Studio DEEN’s Showa Genroku Rakugo Shinjuu and Madhouse’s One Punch Man claimed second and third place respectively.

This is basically an unanimous decision as while Studio DEEN and Madhouse did a stunning job of capturing spectacular moments from the manga, Kyoto Animation proved that they’re the best in the business by adapting an unknown novel and turn into one of the finest anime series ever produced.

While its popularity has skyrocketed that these three shows will get sequels in the future, KyoAni made a better product with style at the end of the day. 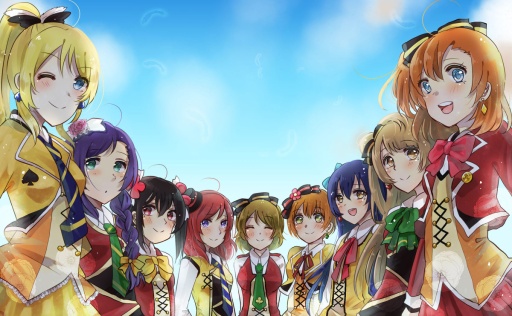 One last thing, I’m closing this post with the final fanart of μ’s. I have to say that my dreams of seeing them for one last time has already come true. Thank you μ’s!

This entry was posted in 2015 Anime Season and tagged 2015, anime, season. Bookmark the permalink.
%d bloggers like this: