This post is brought you by B-Project: Kodou*Ambitious, one of MAGES’s newest male idol project where a certain T.M. Revolution acts as an executive producer. Yeah, I added this series just for kicks!

Also, it’s similar to THE iDOLM@STER (specifically the SideM spin-off) where one character named Tsubasa Sumisora much manage these ten hot guys and deal with various incidents on a daily basis. Let’s hope that Tsubasa-chan won’t faint and have delusions of these boys!

Let’s start with Gundam Unicorn RE: 0096 as the TV re-imagining of the OVA series has reached its halfway point.

Anyways, Episode 13 marks the introduction of another Unicorn Gundam code-named Banshee, and it’s being piloted by Marida Cruz in which she was brainwashed by the people at Anaheim Electronics. As for Anaheim Electronics, the likes of Martha Vist Carbine and Alberto Vist are feeling wary that the so-called “Laplace’s Box” will be opened.

In any case, seems that the whole scenario regarding the box’s existence has gone intense. The only thing that Banagher Links can do right now is to safeguard the box’s contents until then. I mean, opening the Laplace’s Box would change Universal Century forever!

Next up is orange where the story revolves around Naho Takamiya as she receives a letter from her future self, telling her not to do the exact events as well as keep an eye on the transfer student Kakeru Naruse. Basically, it’s a redemption quest for Naho-chan as her future self has many regrets including the loss of Kakeru.

So far, Telecom Animation Film and TMS Entertainment did well on its first episode, except for that montage where Naho-chan and her friends visit various places while having somewhat unfitting background music. Still, it has the potential to be a great series should they continue their great showing from its premiere! 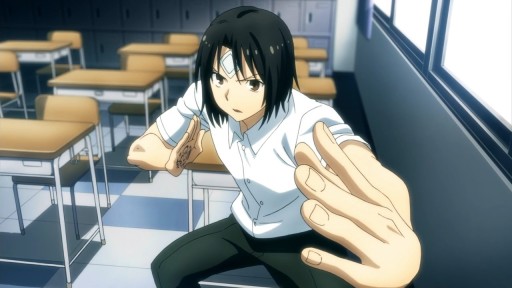 Here’s J.C.Staff’s offering in Summer 2016 called TABOO TATTOO, where the story revolves around a martial arts practitioner named Justice “Seigi” Akatsuka and his involvement with tattoos that grants powers just by touching items that “triggers” its effects.

Of course, Seigi-kun getting a special trigger-less tattoo after rescuing a homeless man is just a tip on an iceberg as he’ll be involved in a messy conflict between United States and the Kingdom of Selinistan, who wanted that said trigger-less tattoo called Void Maker.

Now while Taboo Tattoo has a bit of comedy, the main brunt of this series lies in the fight scenes which is fantastic. Then again, those fight scenes are very bloody which fits the tone of TABOO TATTOO so it’s not for the faint-hearted. 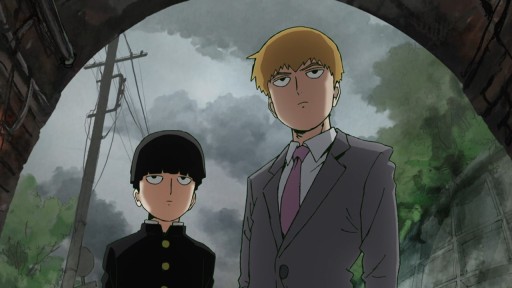 Lastly, let’s end this post with BONES’ Mob Psycho 100 where Shigeo Kageyama and Arataka Reigen must deal with evil spirits using psychic powers. Well actually, only Shigeo-kun or Mob has psychic powers while Arataka doesn’t have one.

With that said, I’ll be seeing you again in the middle of August once they reached the halfway point!