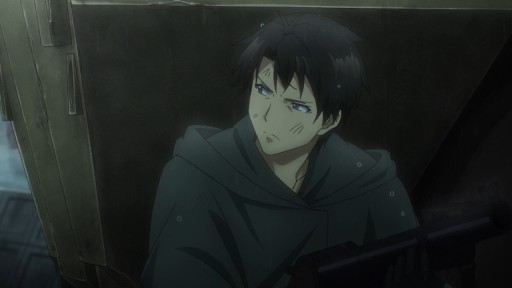 Look what we have here, seems that the Junker has escaped the building after a botched attack against the unmanned mech. 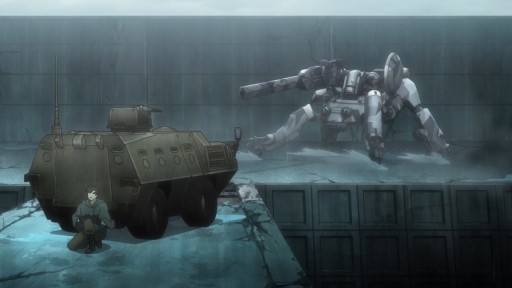 Of course, he’s still stuck between a rock and a hard place as the four-legged tank is still kicking. Heck, it might fire its railgun at any time! 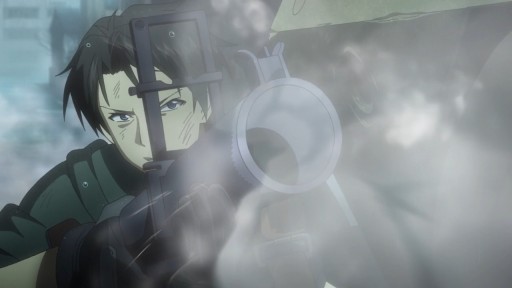 But you know what, it’s time for the Junker to fight back as he still has two rounds left. One shot from his grenade launcher will do the trick! 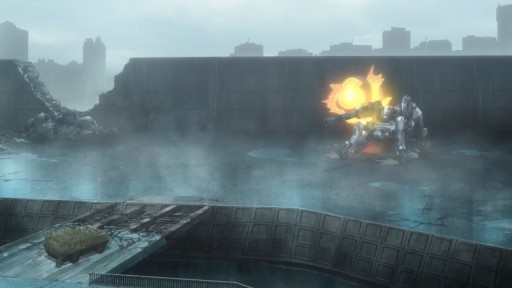 And yes, his shot wasn’t a dud as the mech goes down. Not really, it’s just that one of its legs got destroyed! 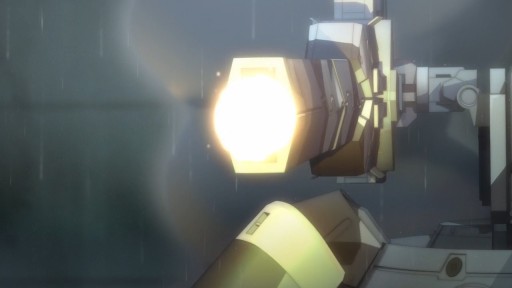 Of course, this leaves for some nasty counter-attack as the mech fire its railgun…

…towards the armored personnel carrier. Well I’m hoping that the Junker will survive that! 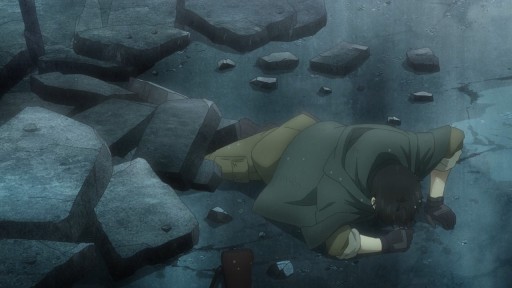 He does survive, but his left leg got injured so therfore the Junker can’t run fast enough away from the mech. At this point, it’s game over for him!

Not until Yumemi Hoshino decided to step in and confront the mech, even though she might get herself killed.

Dammit Yumemi-chan, your customer told you to stay put!

Speaking of Yumemi’s customer, he won’t let the mech shoot her as the Junker has one grenade left to bring the four-legged tank down!

Let’s hope that he can make that shot faster before the mech fires its machine gun towards Yumemi. 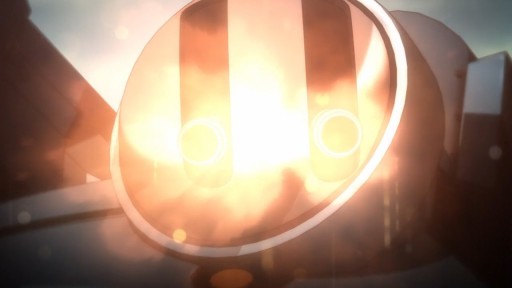 Oh wait, I spoke too soon as Yumemi Hoshino got shot down. Why does it have to happen like this!?

On the other hand, the last grenade has hit the mech and it’s already disabled. Then again, what’s the point of destroying the four-legged tank when Yumemi Hoshino gunned down. 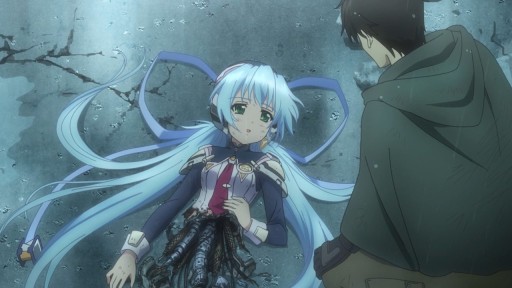 Anyways, what’s left for Yumemi is her upper body as her legs got destroyed. Also, her battery is starting to trickle down so it’s unlikely that she’ll survive the long walk away from the ruined city.

And so, Yumemi Hoshino wished that she’ll continue to serve people by gazing at the stars, as well as not separating heaven for both humans and robots before shutting down. Even though she’s not crying, the fact that Yumemi’s last speech was the most tear-jerking that I’ve heard on this series!

Heck, even the Junker is shedding tears that his companion won’t be saved. The only thing that he can do is to preserve Yumemi’s memories stored in her SD card… 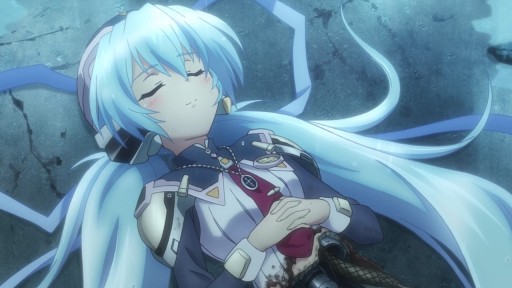 And with that, Yumemi Hoshino dies. I have to say that she’s too good to leave this forsaken and rotten world! 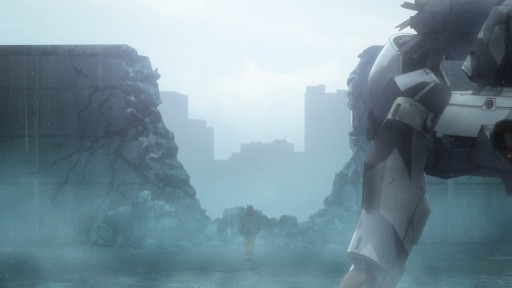 As for the Junker, he escaped the city and wanders around. Whether he’ll live or die is up to our imagination…

And that’s the end of Planetarian as it was a wonderful short series done by David Productions. Like I said from the first episode, the main focus will be the interaction between Yumemi Hoshino and the Junker and after watching all five episode, it was truly worth the investment on seeing the Junker changed his personality thanks to Yumemi’s optimism.

Of course, I felt disappointed that there’s no explanation on what sparked the war the plagued the world for more than 30 years. Sure that one city got bombarded by a chemical substance, but beyond that there’s nothing to show. But that’s okay as it was a heart-warming series to watch and that’s what counts!

One last thing, there would be a movie coming up that’ll show the epilogue. Of course, you’ll have to wait for the Blu-ray release to watch it unless you’re living in Japan!