Here’s the second episode where Niwaka Denkigai brought Arisa Ahokainen, a busty foreigner who’s also an otaku and a cosplayer.

She’s also strong, but I’ll save that in a few episodes…

For now, Matome Mayonaka brought Tamotsu and his friends to a warehouse that serve as a secret base for their hunting activities under the name of “Denkigai Mayonnaise and Friends”!

Yeah, Tamotsu made that lame group name, but their secret base has plenty of interesting stuff like old video game consoles…

…and also a loli scientist named Prof. Tejasvi Latu who not only owns the warehouse and provides some financial support, but also knows how to deal with the Bugged Ones.

By the way, the Bugged Ones are part of a nefarious organization called Metrotica. Oh yeah, and they have classes where low-class Bugged Ones are merely humans being possessed by Kurobugs, while high-class ones called Hazoku are stronger and can produce Kurobugs in order to enslave humanity.

And while low-class ones can return to normal after being disrobed, the Hazoku will just disappear once their clothes are gone. Basically, both Matome and Tamotsu will be dead after getting naked so they have to be careful! 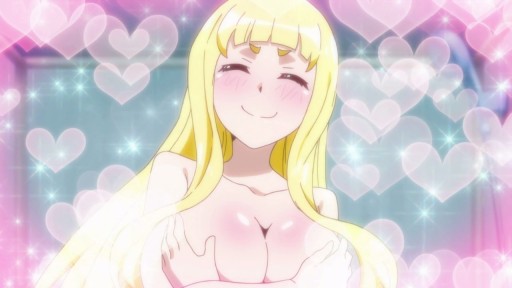 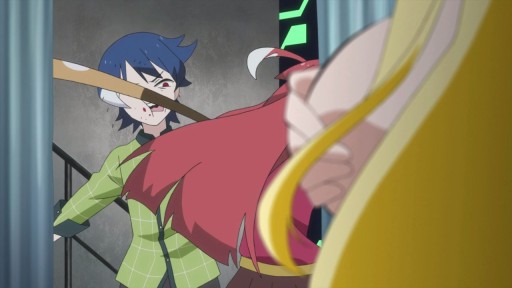 Speaking of being naked, here’s one courtesy of Arisa Ahokainen but let’s just say that there are no visible nipples in place!

Also, Tamotsu Denkigai got his face battered-up by Matome Mayonaka. However, if he needs to clean himself up without taking his clothes off, Prof. Tejasvi Latu made a special shower just for Tamotsu and Matome.

Meanwhile, here’s a group of people who protect Akihabara from troublemakers. Called the Chuo Dori Vigilantes, these guardians aren’t aware of the Bugged Ones, not even Metrotica.

Still, they helped Denkigai Mayonnaise and Friends on stopping another threat by the Bugged Ones. 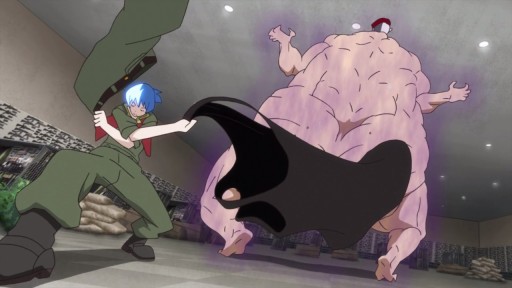 But now, let’s end this episode where Tamotsu and his friends stops another group of Bugged Ones from terrorizing a military-theme store.

Also, this is where Tamotsu realized the consequences of being disrobed after defeating a Hazoku, which turned into a puff of smoke. It’s not pretty, but it appears that someone is watching their move…

…like these two people who record what’s happening at the store. On the other hand, some say that they’re part of Metrotica but I’ll confirm that on the next episode!