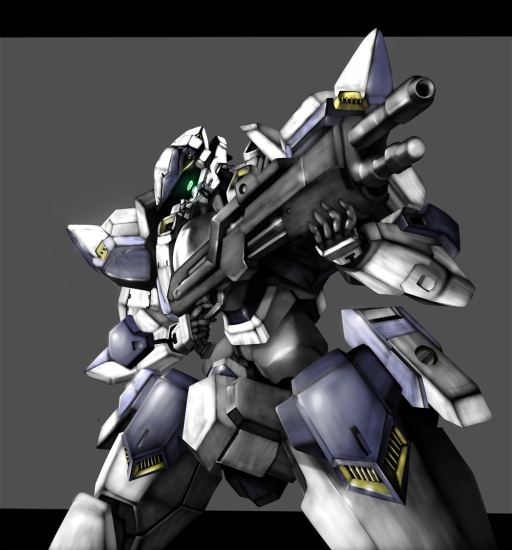 This post is brought you by the ARX-7 Arbalest from Full Metal Panic! as it’ll make its return after more than 10 years of inactivity. Come to think of it, I feel that I wanna re-watch the series once my PC is fixed!

Speaking of my PC, I’ll be blogging some OVAs and movies once the repairs are finished apart from repopulating my post with new pics. 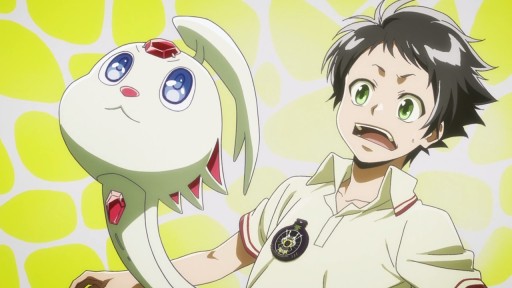 This is called élDLIVE and it’s a mix of Parasyte and Men in Black, where Chuta Kokonose and his partner Dolugh have joined the eponymous space police force élDLIVE in order to protect Earth from dangerous aliens, but to prove himself that he’s not weak to any adversary.

I have to be honest, Chuta Kokonose reminds me of Tsunayoshi “Tsuna” Sawada and while they have somewhat similar traits like being scaredy cats, both protagonists have the potential to grow into a greater man than ever was. On the other hand, this show looks okay and I hope élDLIVE becomes and decent TV series to watch. 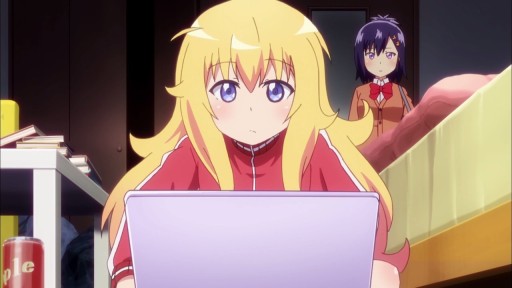 This is the anime series that will take over Little Witch Academia since I’m blogging it regularly. It’s a comedy show where Gabriel has turned from being the top angel of her class to the most laziest being ever. Oh, and a devil named Vignette is actually taking care of Gabriel even though she supposed to do bad things.

I have to admit, this is the most hilarious thing I’ve ever saw since Kill Me Baby as the characters don’t act like they usually do! I mean, there’s devils and angels on Earth and they don’t do stuff or even mess up according to their principles. Still, let’s see what happens next…

Here’s GoHands’ offering in Winter 2016 where it’s another original anime series with collaboration between Frontier Works and Kadokawa. So the story starts where genius mechanic Tazuna Takatsuki got powers upon touching Koyori Akutagawa’s hand. Together, they must fight against other Hand Shakers until one pair survives to face God.

My first thoughts is that the visuals are great as expected from GoHands. However, I feel that the story needs some work as the visuals alone won’t convince me to enjoy it. Heck, even fanservice won’t drag me on watching Hand Shakers unless there’s more depth than just having pairs battle it out! 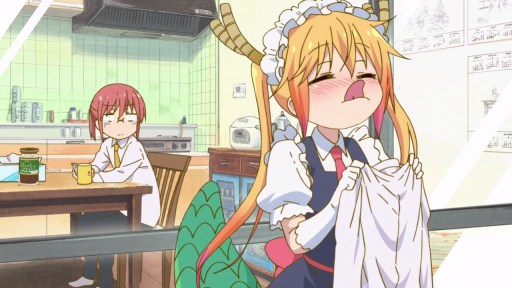 Before I move onto Gundam: IBO, here’s Kyoto Animation’s adaptation of a manga from the creator of Danna ga Nani wo Itteiru ka Wakaranai Ken, where Kobayashi-san has a maid named Tohru. What’s so special about it is that Tohru is a dragon and living in the human world would be a challenge.

Well, I have to say that this show is like a mix of Nichijou and The Gargoyle of Yoshinaga Family, which is great because it reminds me of those shows and it’s great to have KyoAni doing another comedy show. Also, the interaction between Kobayashi-san and her “dragon” maid Tohru will make you laugh so I can’t wait for future episode of their various misadventures!

And finally, here’s Mobile Suit Gundam: Iron-Blooded Orphans where I feature Naze Turbine and his first wife Amida Arca. I have to be honest but it’s all Jasley Donomikols’ fault for telling Iok Kujan and the Arianhod Fleet to arrest the Turbines so that Tekkadan will be vulnerable in the future. Amidst the infighting in Teiwaz which Gjallarhorn is using some factions to conduct proxy wars, I’m hoping that Naze, Amida, and the rest of the Turbines crew survived!

While I have to say that things are escalating faster than expected, I wonder what’s gonna be Orga Itsuka and McGills Fareed’s next move since their rivals are one-upping them at the moment? In any case, let’s hope that their ambition won’t have a tragic end.

Anyways, that’s about it for this post as I’ll see you in the middle of February!