Oh look, isn’t it the cutest Demon Lord of Gluttony ever? Well, Beelzebub is here to gather followers and have them eat to their hearts’ content! 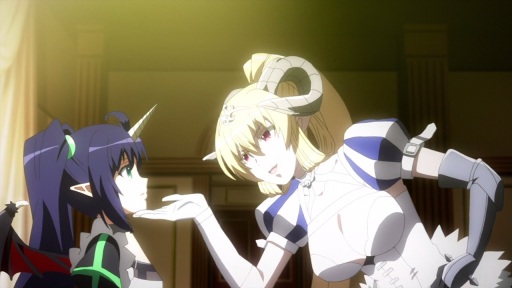 Of course, there’s Lucifer as she challenges Beelzebub to a duel. But since they can’t display violence on this banquet, Beelzebub has decided to fight the fallen angel in an eating contest. Yeah, that’ll be a piece of cake for Lucifer! 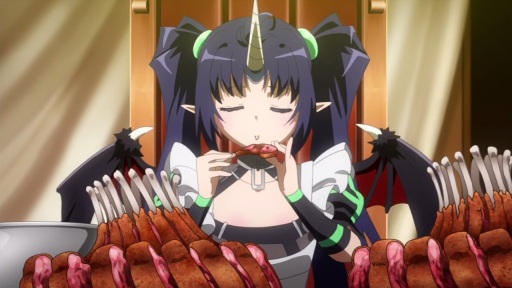 And so, the battle commenced as both Beelzebub and Lucifer chomped their way to see who can finish a meal or get a stomachache.

As you can see, Beelzebub loves to eat very slowly as she wanted to savor the flavor of this chicken!

But as for Lucifer, seems that her tummy didn’t last long as she went to the bathroom and passed out. Ouch, sucks that the fallen angel got a stomachache at this crucial time.

And by the time she fainted, Lucifer was admitted to a nearby hospital. Of course, this fallen angel couldn’t stay for much longer as she wants to settle the score with Beelzebub!

But, the doctor told Lucifer to stay put as she’ll administer a suppository on Lucifer’s ass, because it turns out that the fallen angel got a stomach flu and it needs to be treated right now! 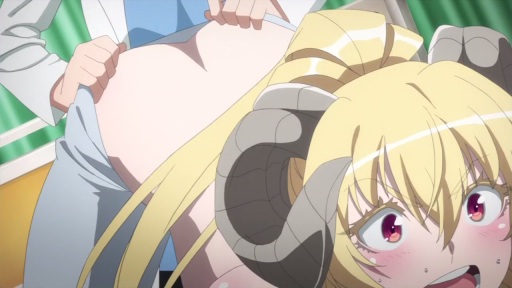 Well, looks like Lucifer is in an embarrassing situation as she’s gonna get fis- I mean, put a medicine from her rectum. Oh, and it’ll be extremely painful!

With that said, looks like Lucifer will have a good time at the hospital!

But it turned out to be a trap as the doctor revealed as Belial and I wonder what she’s planning to do with Lucifer in her weakened state?

Could it be that Belial will try to put a stronger curse at the fallen angel, or just poison Lucifer and call it a day? Well, the answer is none of the above!

Instead, Belial stole Maria Totsuka’s heart which is beneficial on finding the rest of the demon lords. God, I wonder if she’s planning to kidnap Maria as well? 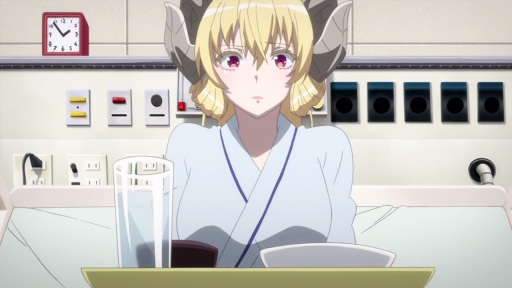 Meanwhile, Lucifer is stuck at the hospital as she needs to recover from her stomach problems. Oh, and the fallen angel is aware that Maria’s heart was stolen by Belial!

Yeah, she’s having a horrible day on this episode and Lucifer couldn’t afford to stay long when she needs to beat Beelzebub. 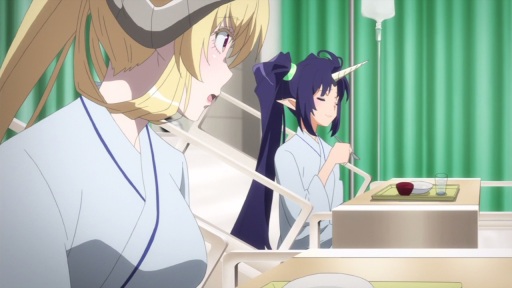 But speaking of Beelzebub, turns out that she was administered too as the Demon Lord of Gluttony got a stomach pain right after the eating contest.

Well, I guess that Lucifer has beaten Beelzebub with the power of friendship!

Anyways, seems that Lucifer has beaten 4 demon lords (5 if you count Leviathan as part of Belial’s court) and while she needs to fully-recover, seems that Leviathan gets a chance to fondle Lucifer’s tits during bathtime!

On the other hand, I wonder what happened to Maria Totsuka?

Well, she’s outside but it appears that the doctor is standing behind Maria. And since it was revealed that the doctor is none other than Belial, seems that Maria Totsuka is in trouble when she will be kidnapped by the Demon Lord of Vanity!

With that said, I’ll see you next time as Lucifer will not only defeat the remaining demon lords and capture Hell, but also rescue Maria Totsuka from Belial.