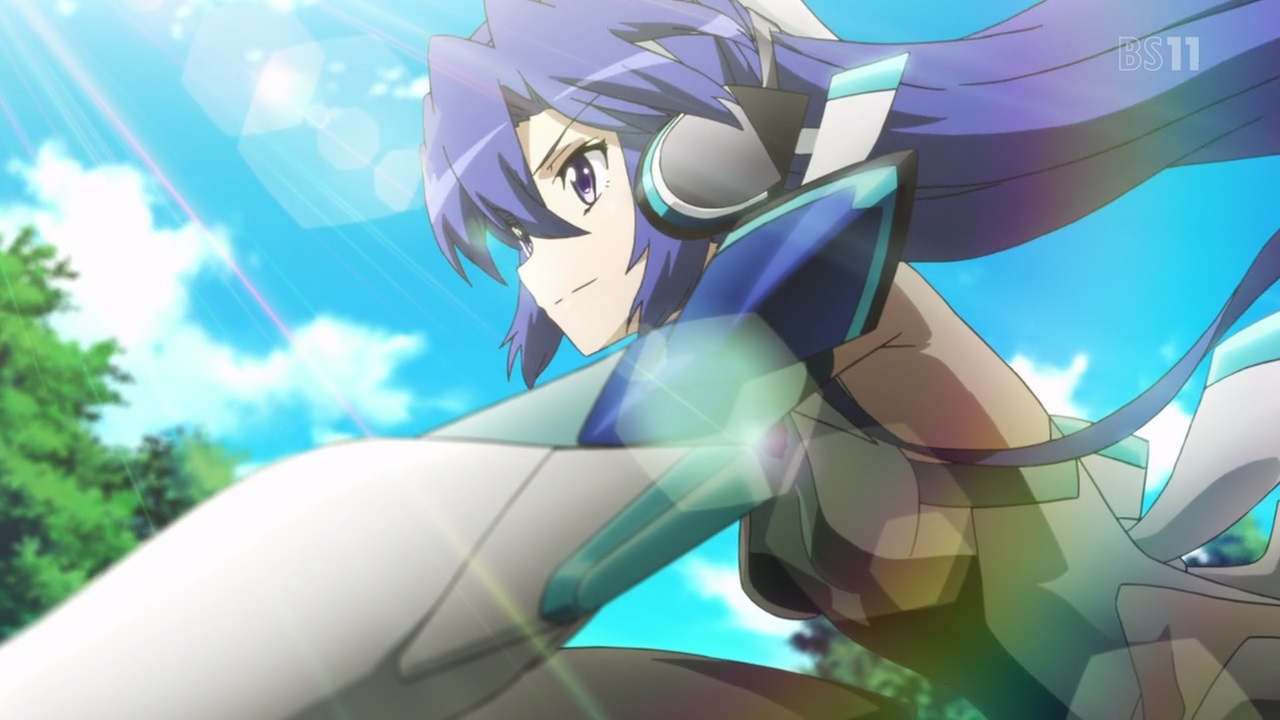 Well everyone, Symphogear is back as Tsubasa Kazanari has returned… 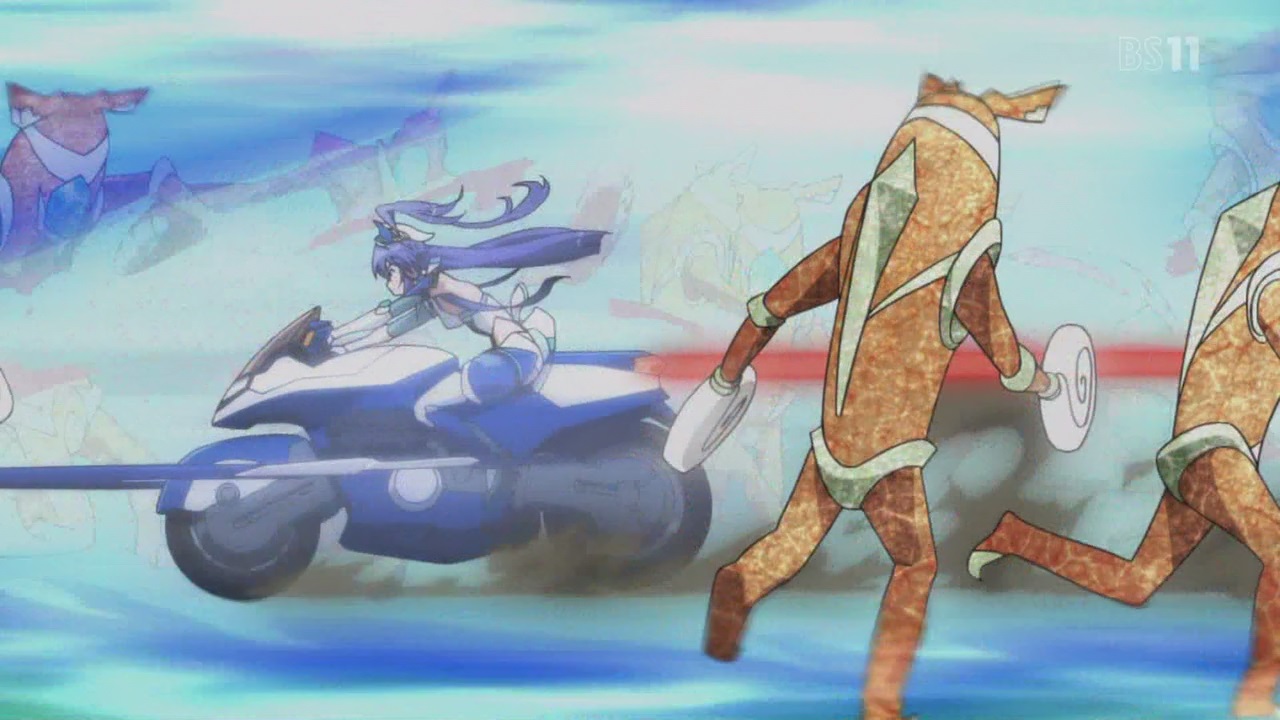 …to kick some Alca-Noise’s ass deep into the jungle of Val Verde! Well, seems that Carol Malus Dienheim’s machinations is being used by someone else. 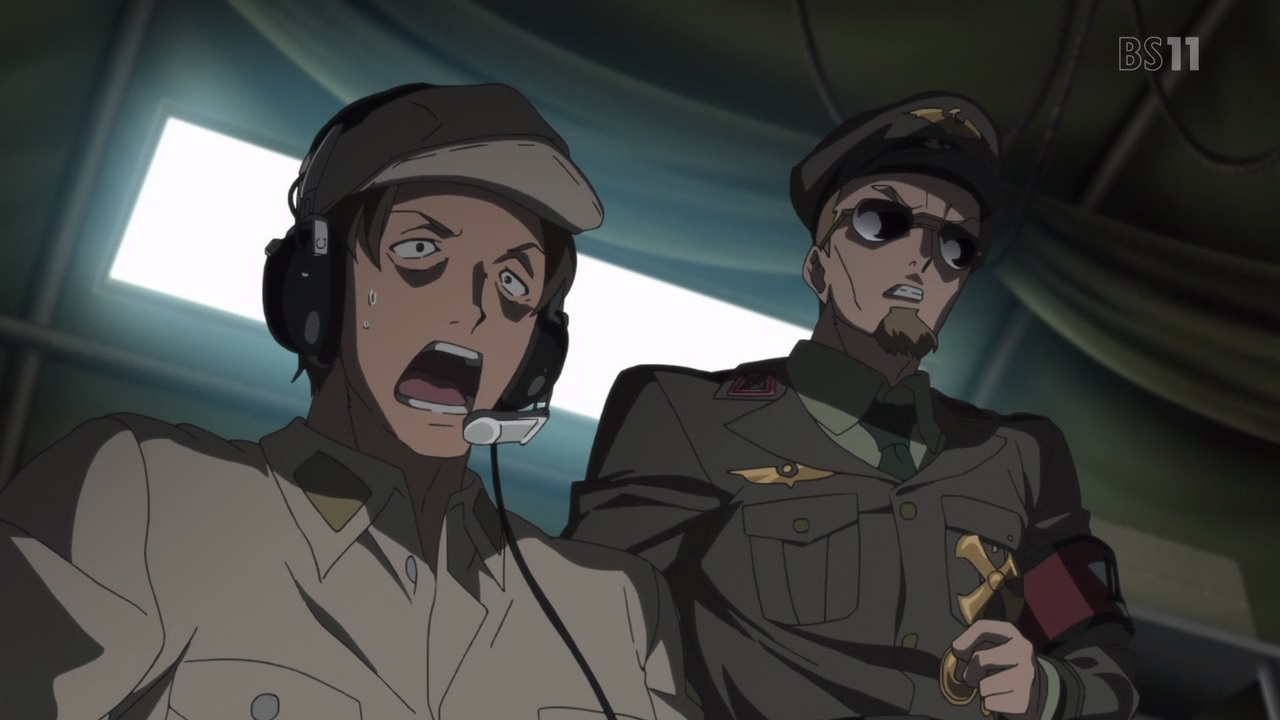 Hell, it turns out that the military regime is using these Alca-Noise to wreck havoc. Then again, they didn’t expect those Symphogear users to destroy them! 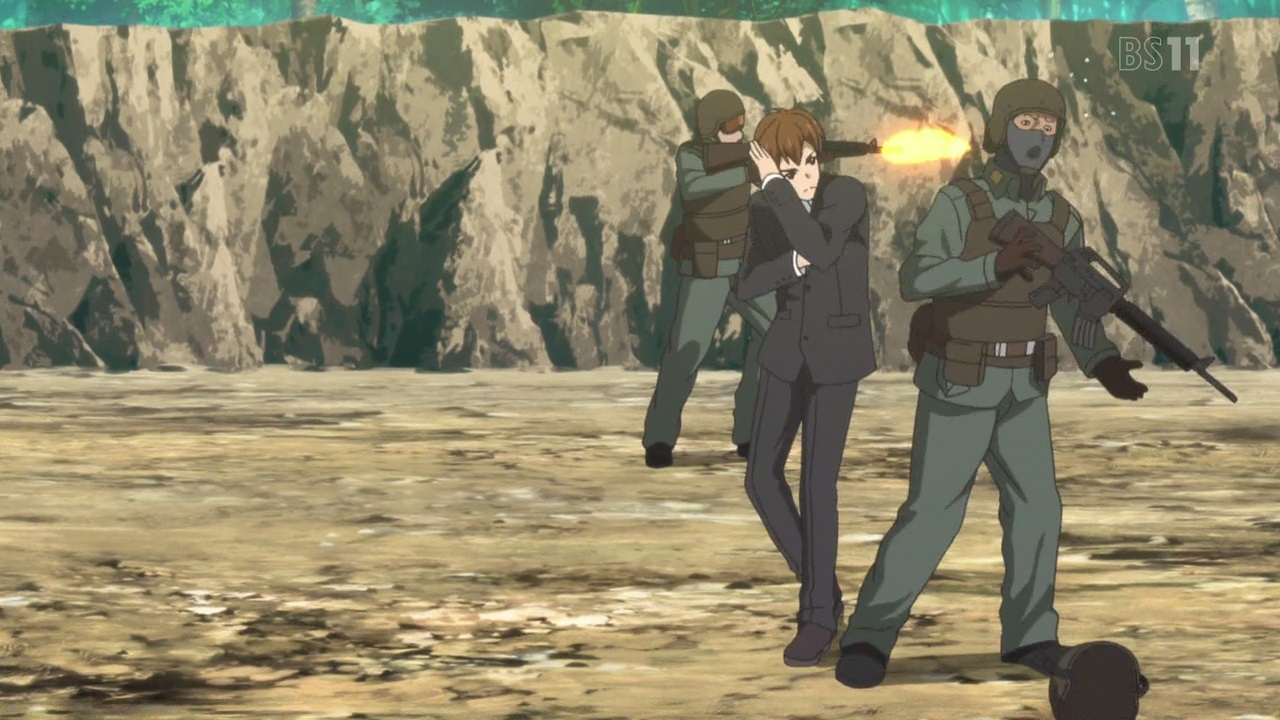 Meanwhile, Ogawa-san is back as he use his ninja skills to knock those soldiers out! Also, he brought some reinforcements… 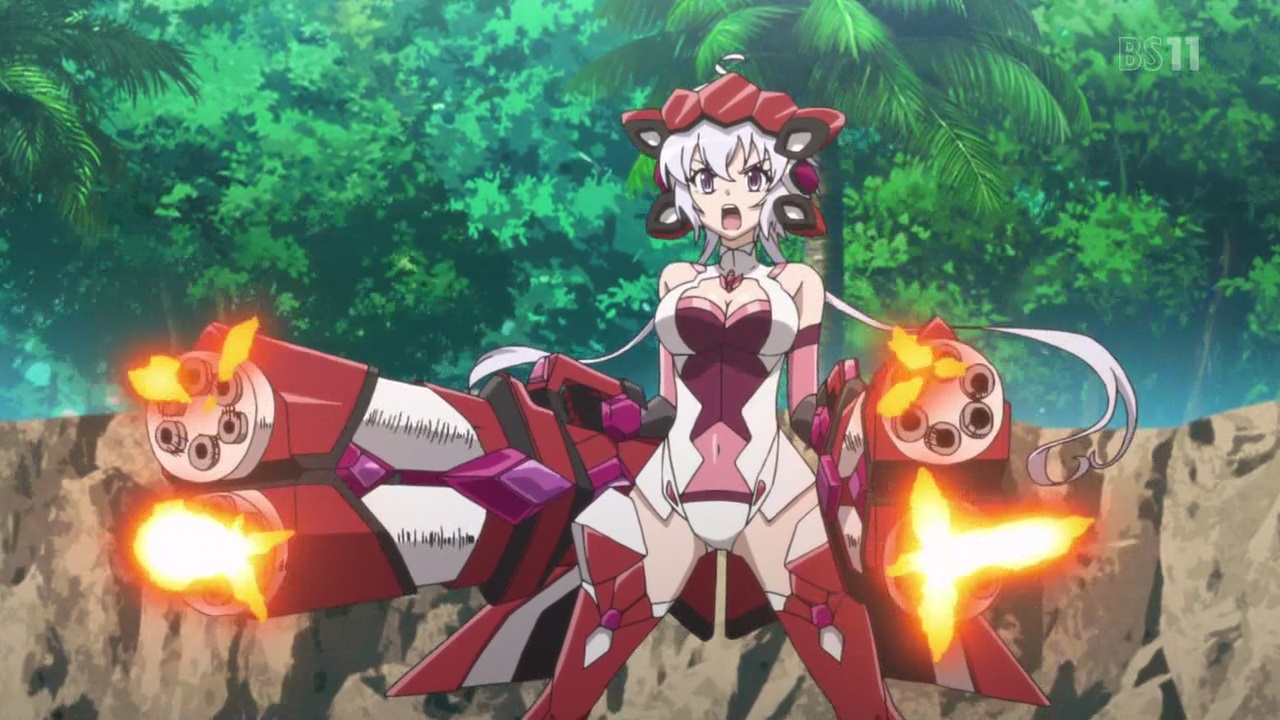 …like Chris Yukine who is very angry today because it turns out that she has some horrible memories in Val Verde. 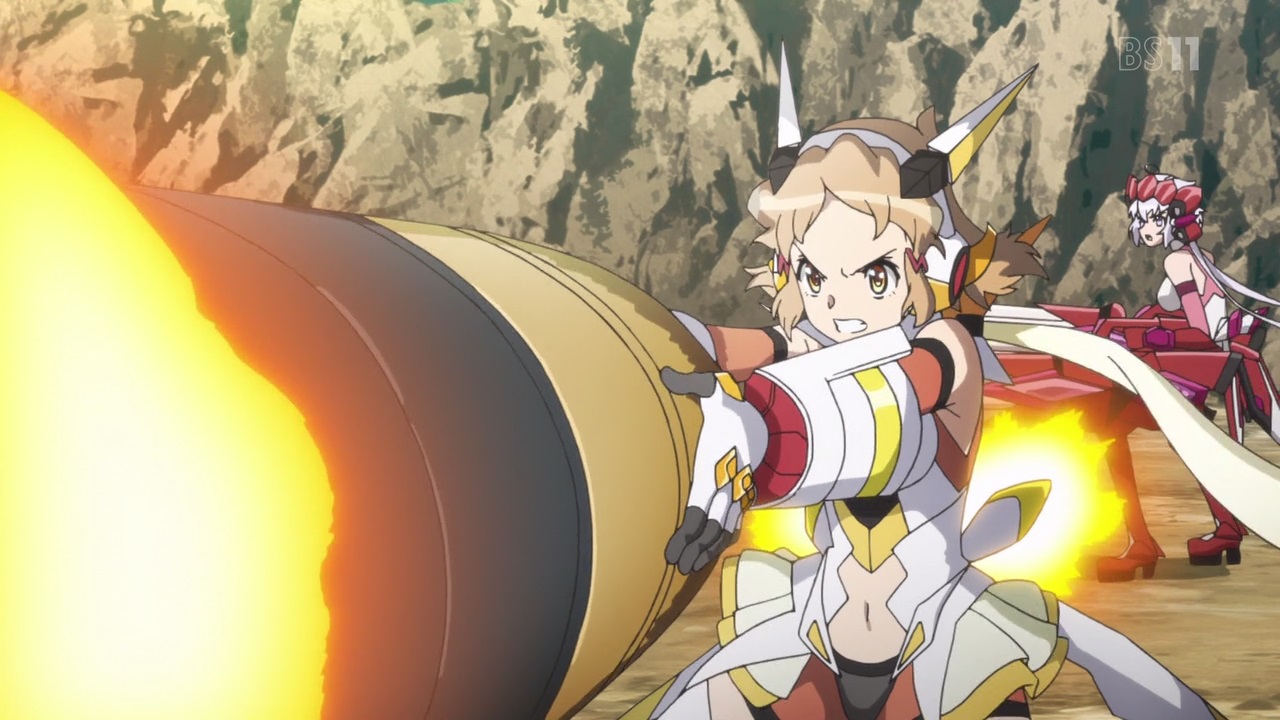 Also, Hibiki Tachibana is here too as she rescues Chris-chan from getting hit by a tank shell. Looks like the Val Verde military couldn’t stand a chance against them… 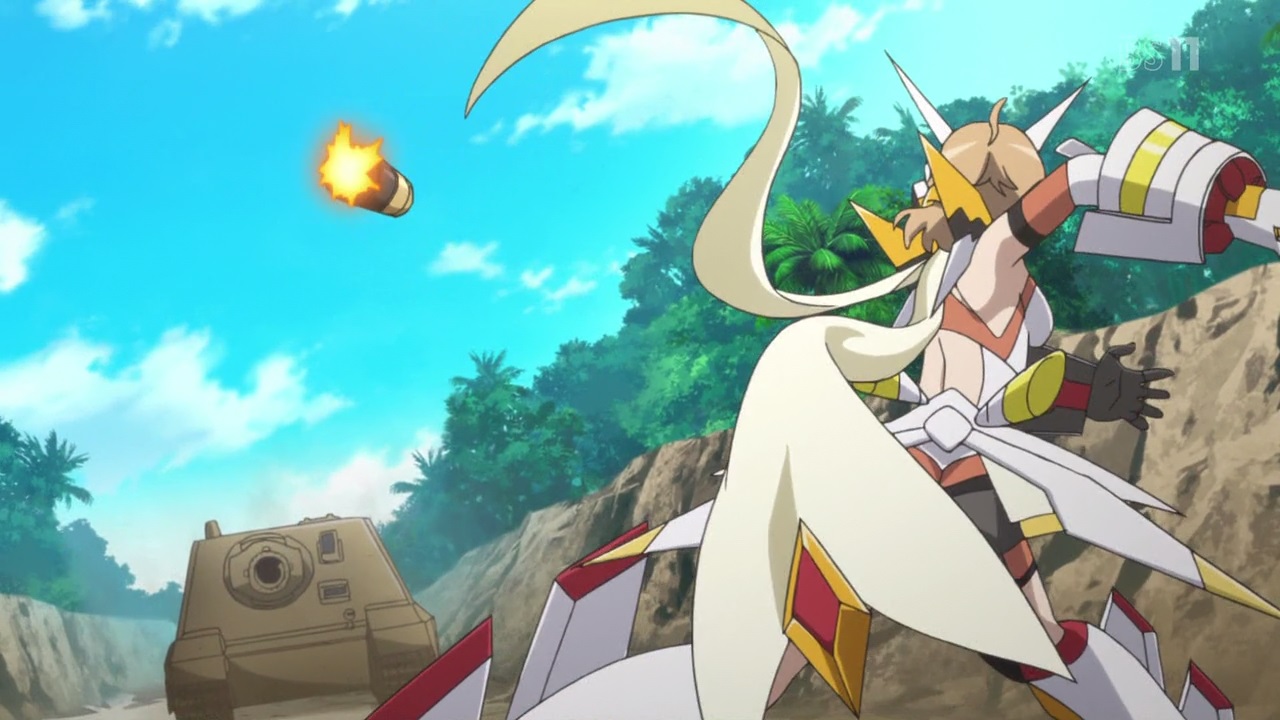 So much that Hibiki just throw the shell back at them. Don’t worry though as those soldiers inside of it are okay ’cause Symphogear users don’t kill humans. 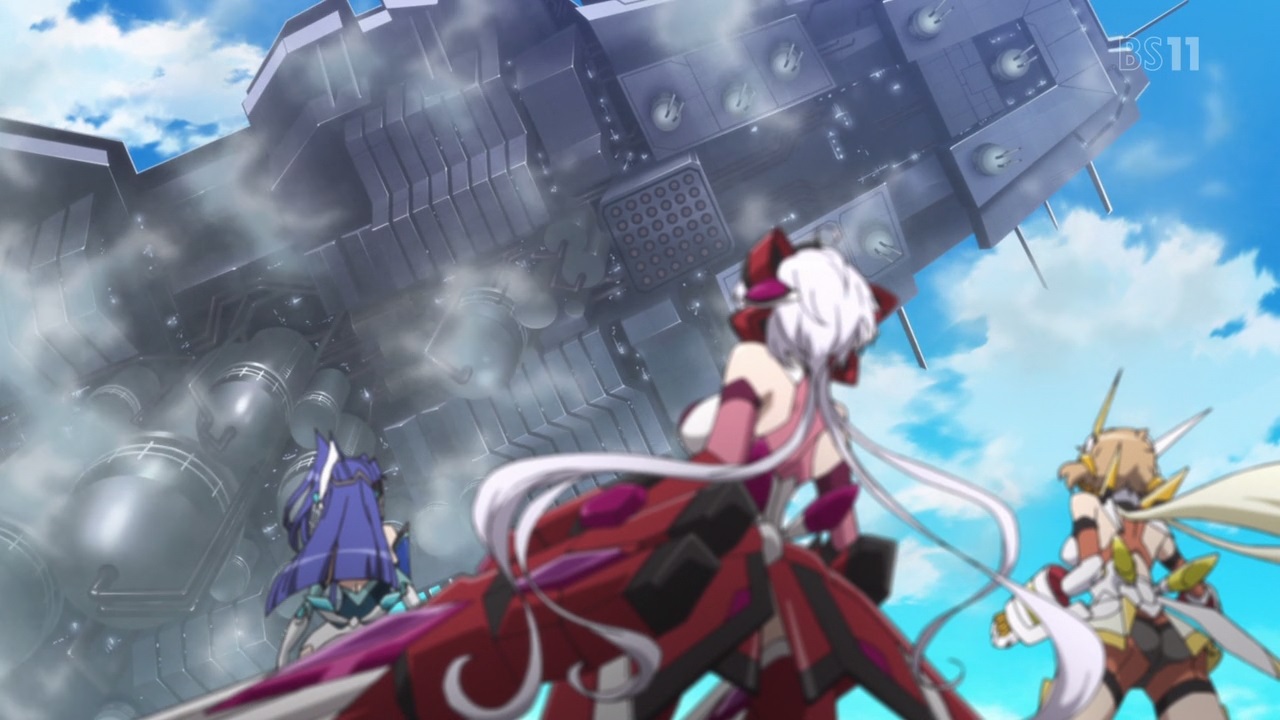 Anyways, seems that the military regime got so desperate as they launched this airship. Uh, I don’t think they have the capacity to retaliate at this point! 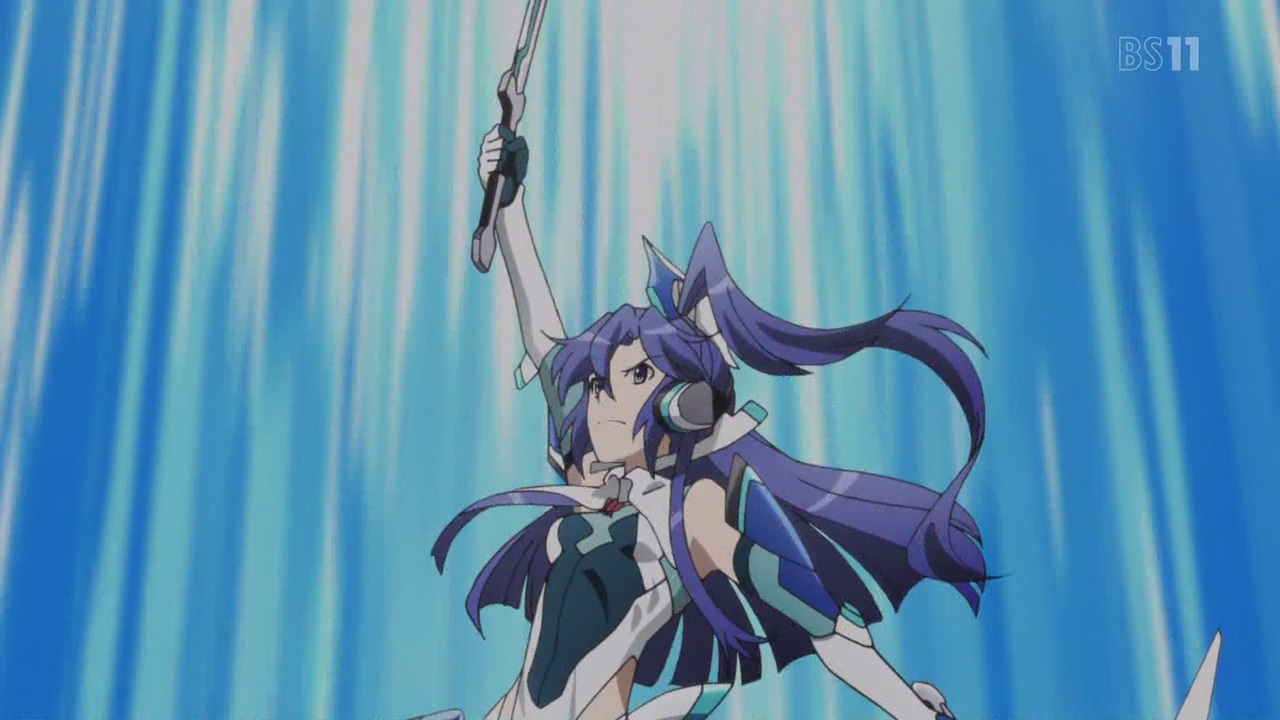 So, it’s time for Tsubasa Kazanari to end their suffering as she use her Ame no Habakiri… 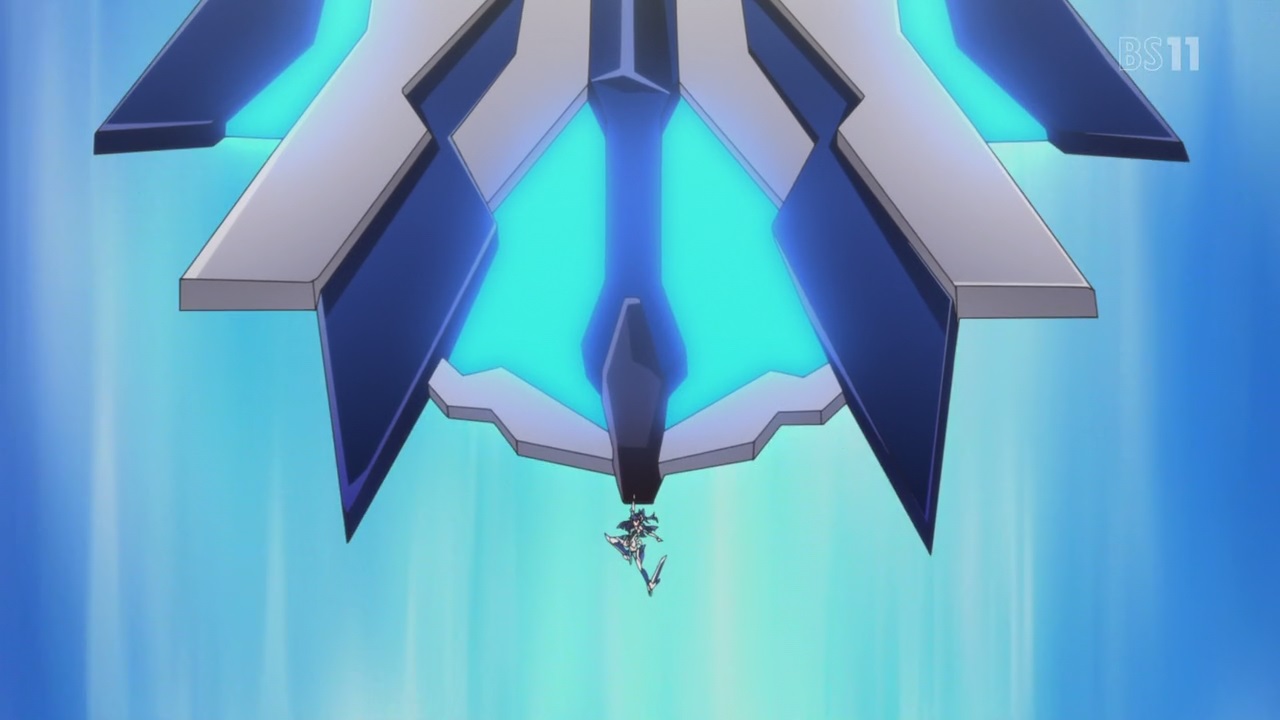 …and transform into a giant sword that’ll cut the heavens. Well, it’s game over for the Val Verde regime! 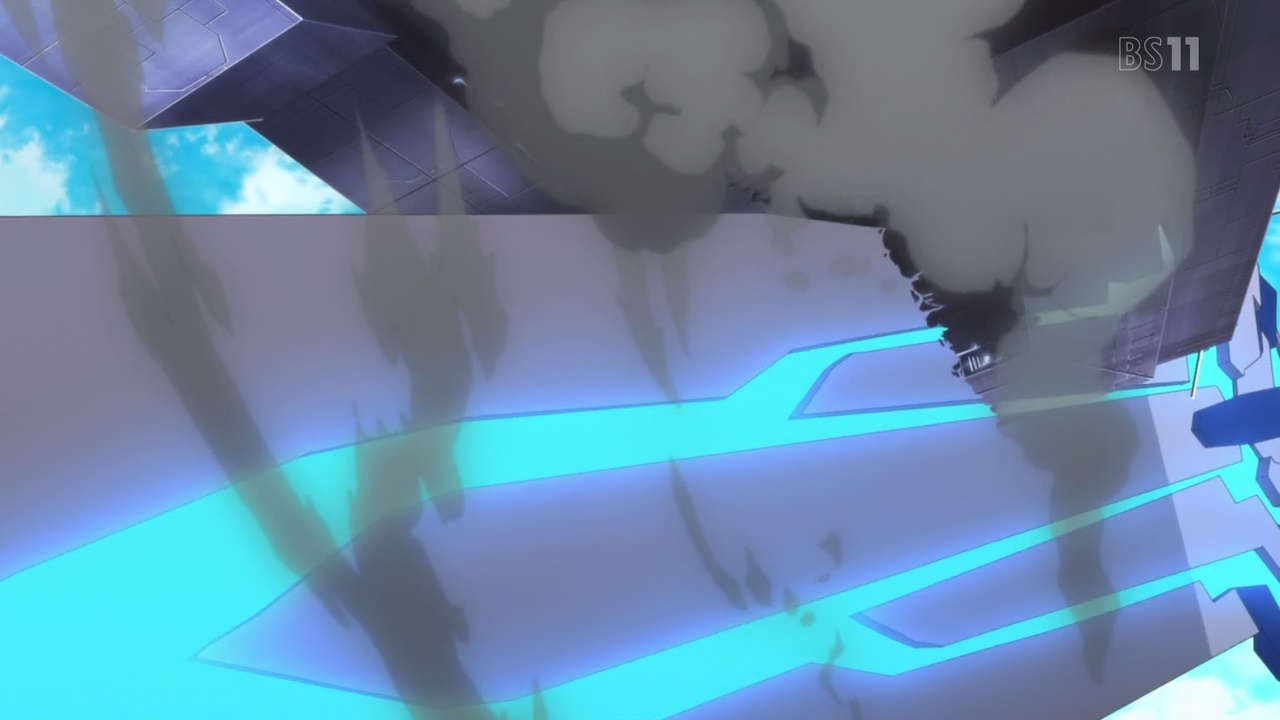 As you can see, the airship has been cut into two pieces. Sucks that they’re basically cannon fodder at this point. 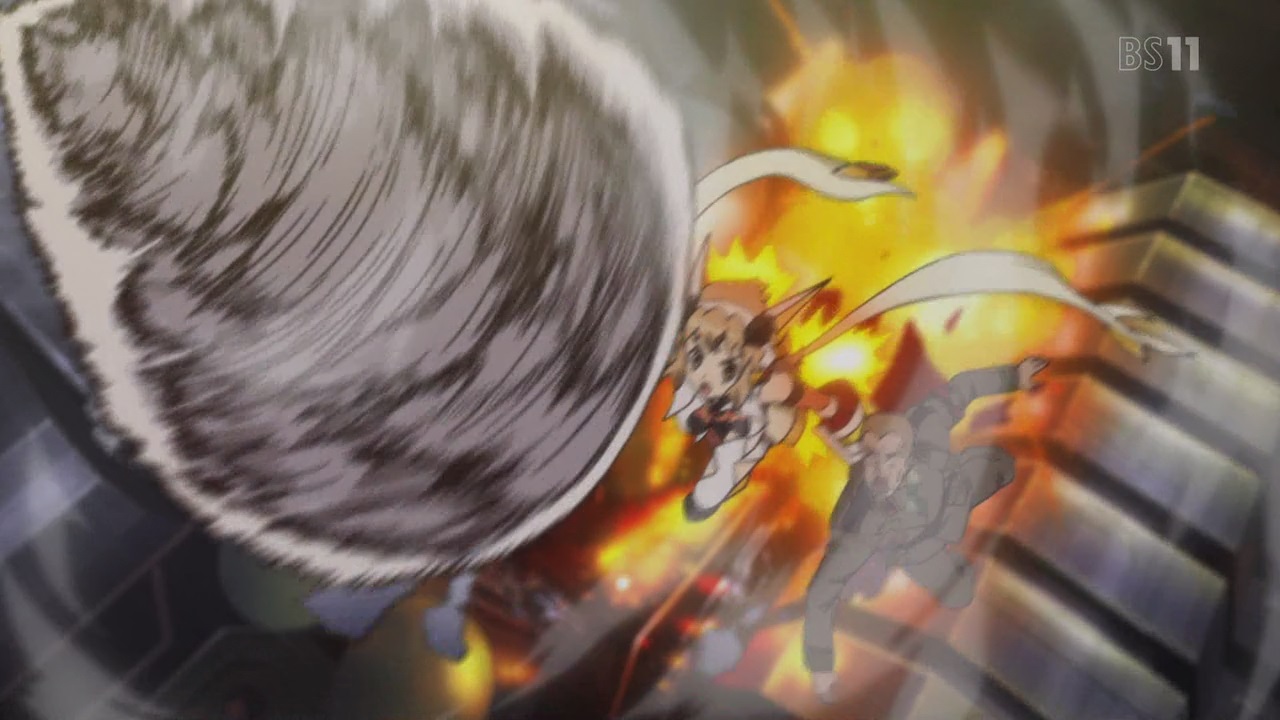 Oh, and Hibiki Tachibana managed to rescue the enemy commander ’cause it’ll be vital for SONG to find out who supplied them with Alca-Noises.

It turns out that the Val Verde regime receive the heretic technology from the Bavarian Illuminati. And who are they if you may ask? 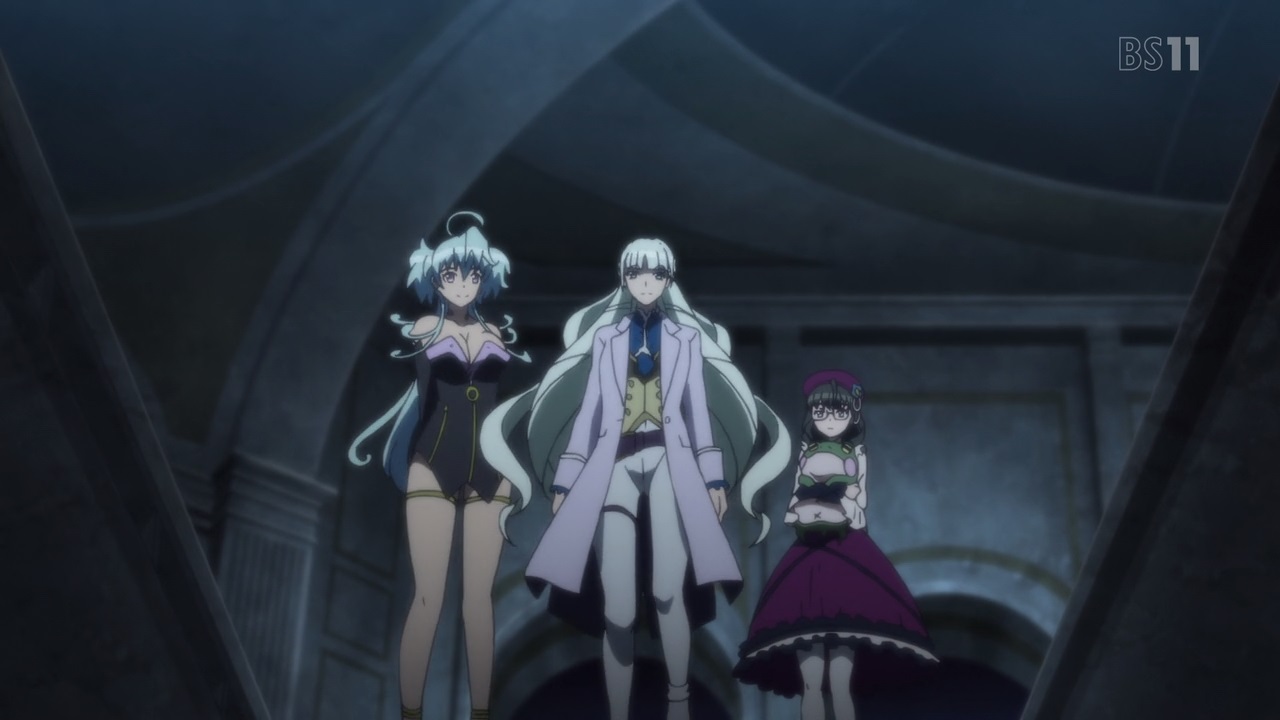 Well, the Bavarian Illuminati are composed of alchemists who are responsible for the events that happened in previous seasons, from Finé to Carol Malus Dienheim.

I have to say that this season might become a serious affair as Saint-Germain, Cagliostro, and Prelati are pulling the strings and it seems that they’re just using the military regime for their experiments. 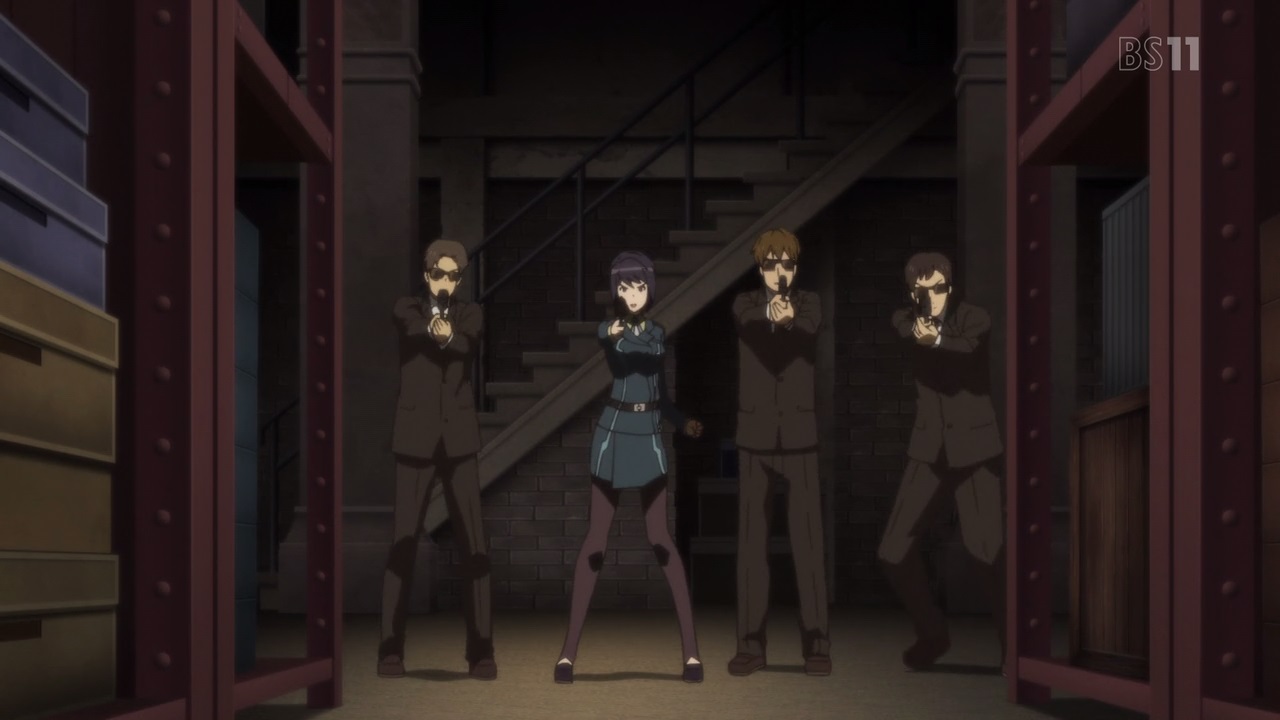 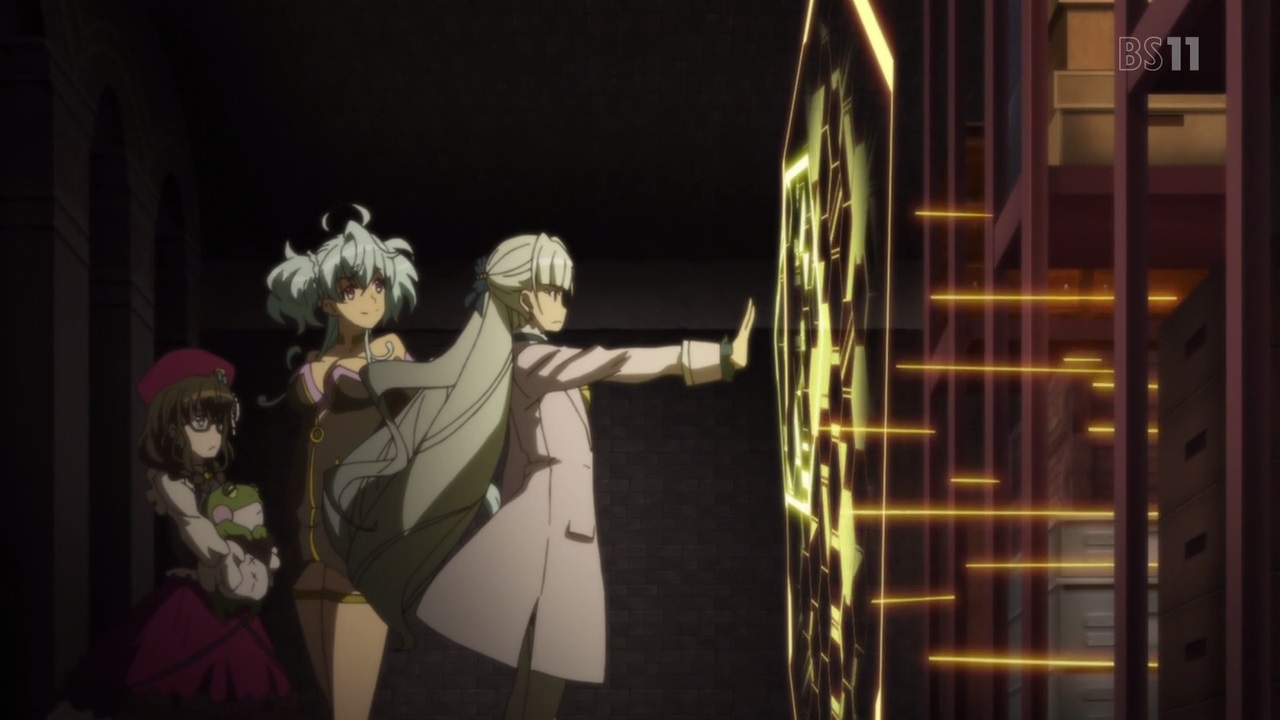 Not until some of the SONG agents like Aoi Tomosato and Sakuya Fujitaka have managed to sneak in and decided to fire at them when they have a chance.

Then again, it appears that Saint-Germain is very much prepared when it comes to sneak attacks. But for Tomosato and Fujitaka, they’re not so lucky… 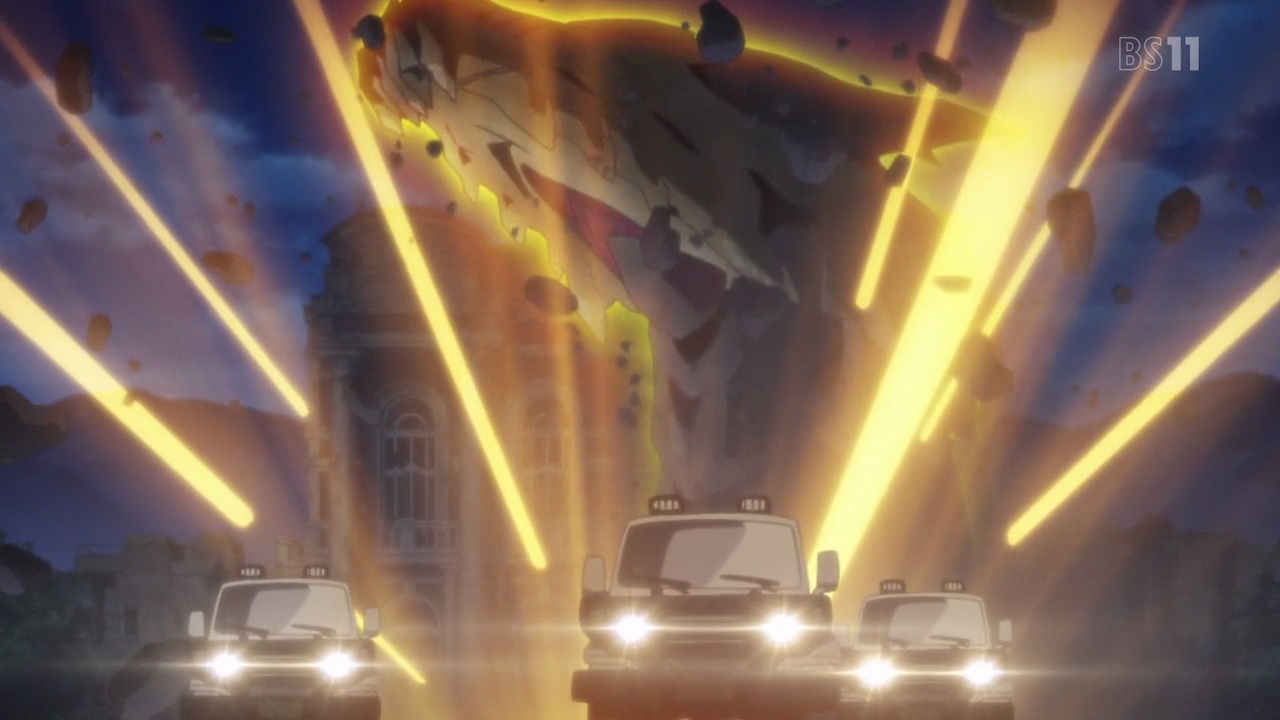 …as they’re being chased by a snake-like dragon which was made by the souls of the Val Verde military regime. 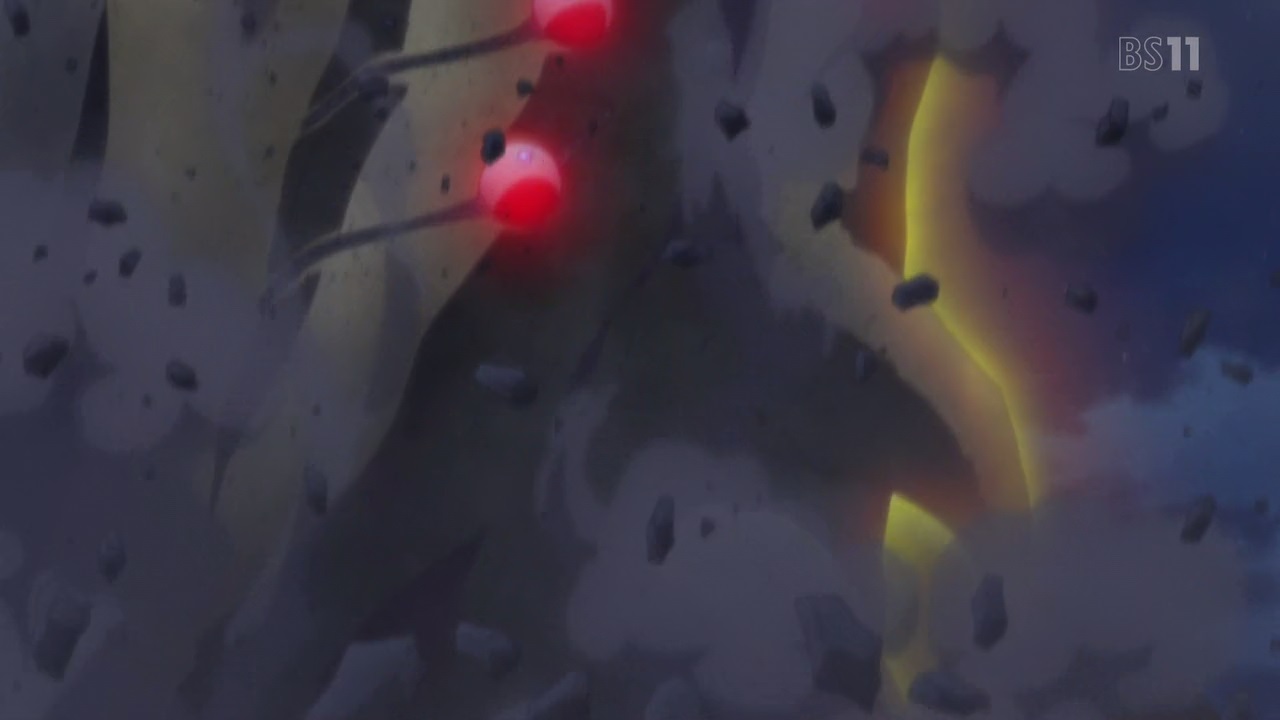 Oh, and the dragon managed to caught up with the SONG operatives. Well, we’re gonna miss both of them for knowing the enemy too much! 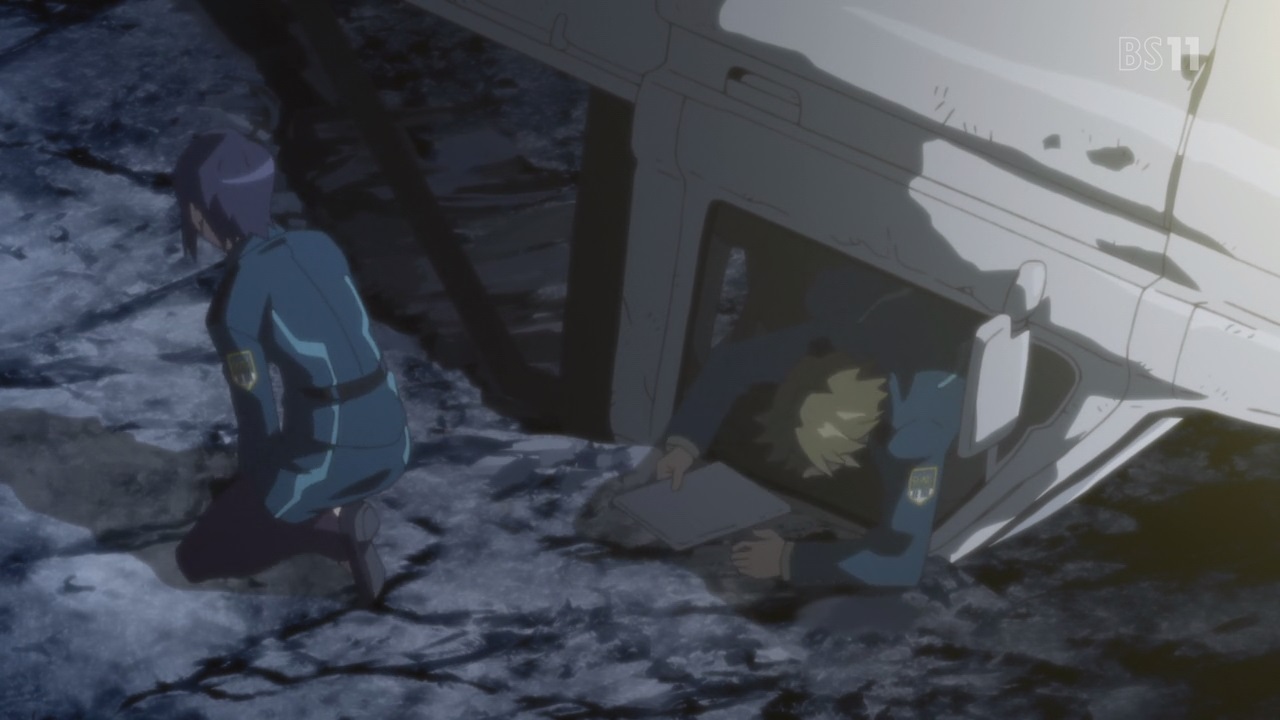 However, it’s not the case here as both Tomosato and Fujitaka are safe, but still in danger because the alchemists are about to kill them for enacting a new world order! 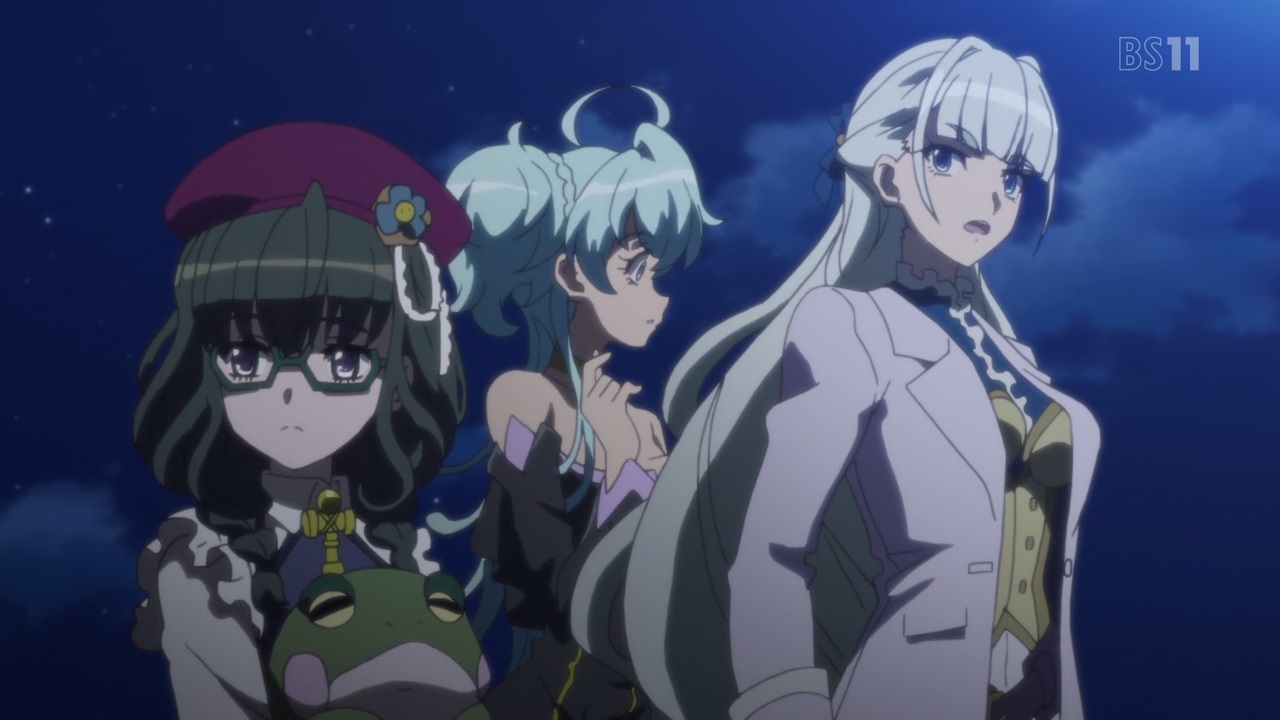 Unfortunately for Saint-Germain and the rest, seems that their plans of killing both SONG agents went cut short. Who’s interrupting the alchemists when they’re trying to kill both Tomosato and Fujitaka off? 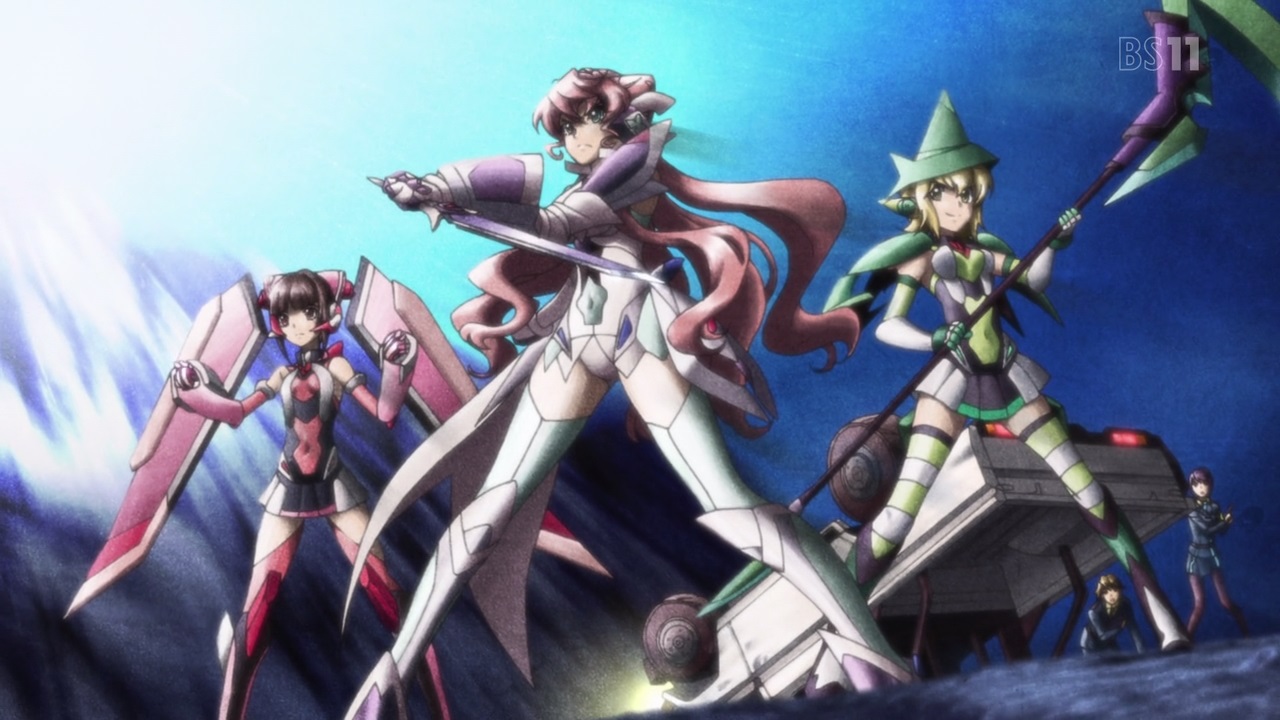 Well, it’s none other than Maria Cadenzavna Eve as she brought Kirika Akatsuki and Shirabe Tsukuyomi into the fray! Then again, I wonder if both Kirika and Shirabe can fight again since they have one LiNKER drug at their disposal?

With that said, looks like Symphogear AXZ will be jam-packed like in previous seasons! Now then, even though we have the Bavarian Illuminati as the antagonists, seems that Saint-Germain and her fellow alchemists aren’t the main villains for this season. Maybe they’re just subordinates to a bigger antagonists unless it’ll be saved for Season 5.

But for now, Hibiki and the rest of the Symphogear users must stop the alchemists from creating a new world order ’cause funding dictatorships and other terrorists groups with their technology is freakin’ bad!