Posted on September 4, 2017 by benigmatica 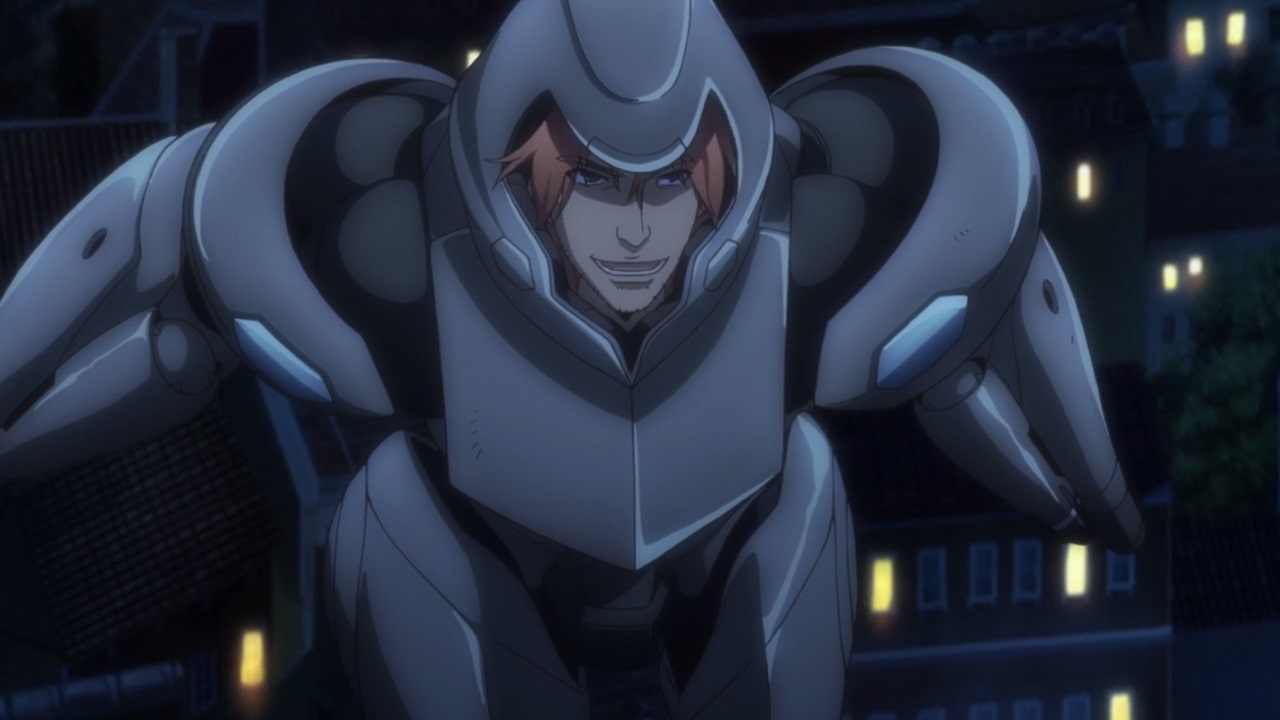 Here’s Crown Prince Emrys as he tries to be sneaky by donning a Silhouette Gear. 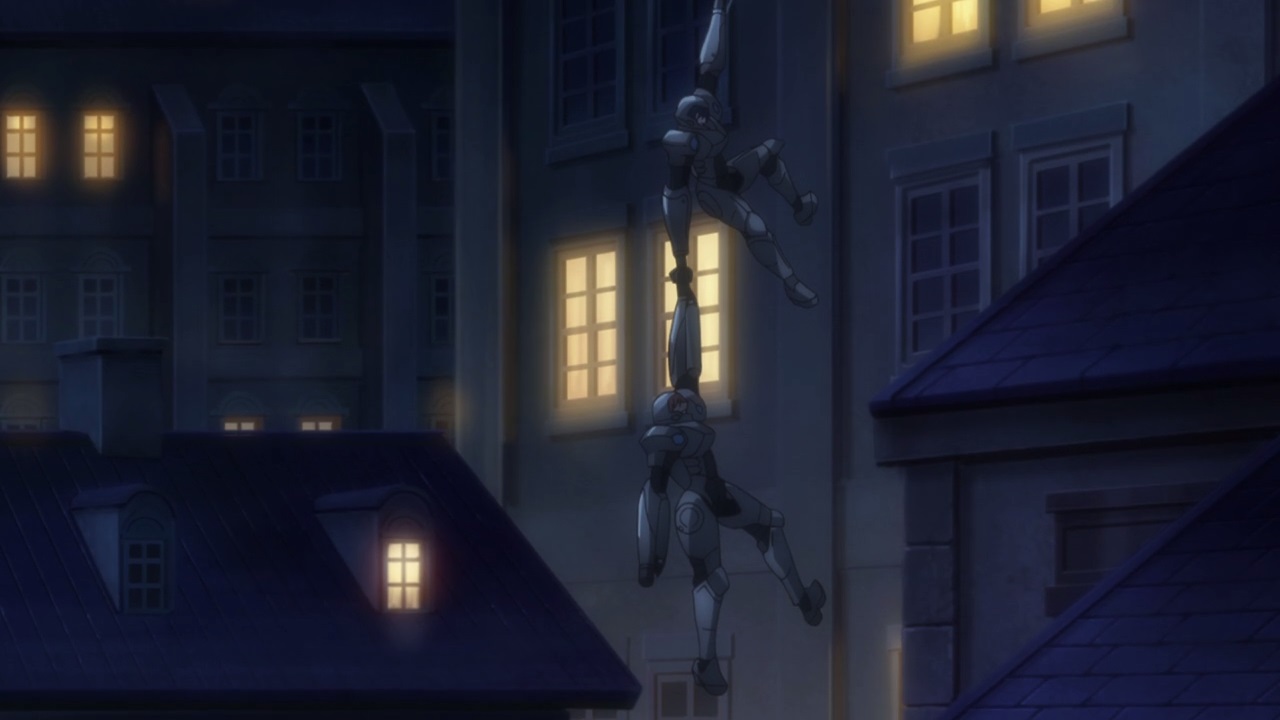 Yet, he’s just too clumsy to use it at the moment. Where’s your training from Kuschpercha, Prince Emrys? 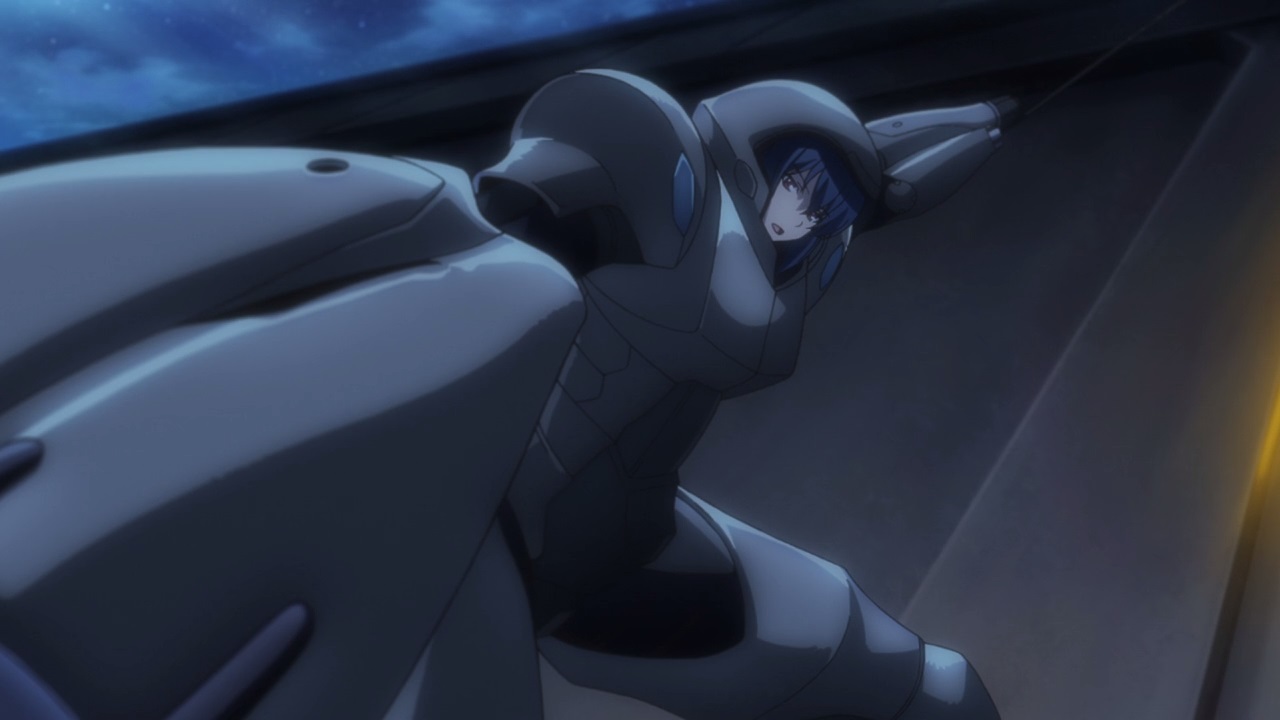 Fortunately for the Crown Prince, Nora Frykberg is here to help Emrys out when things got awry for him.

And by the way, she’s the one who gave the location of the princess and her family to Ernesti Echevalier and the Order of the Silver Phoenix, which is a good thing since Nora is an experienced spy. 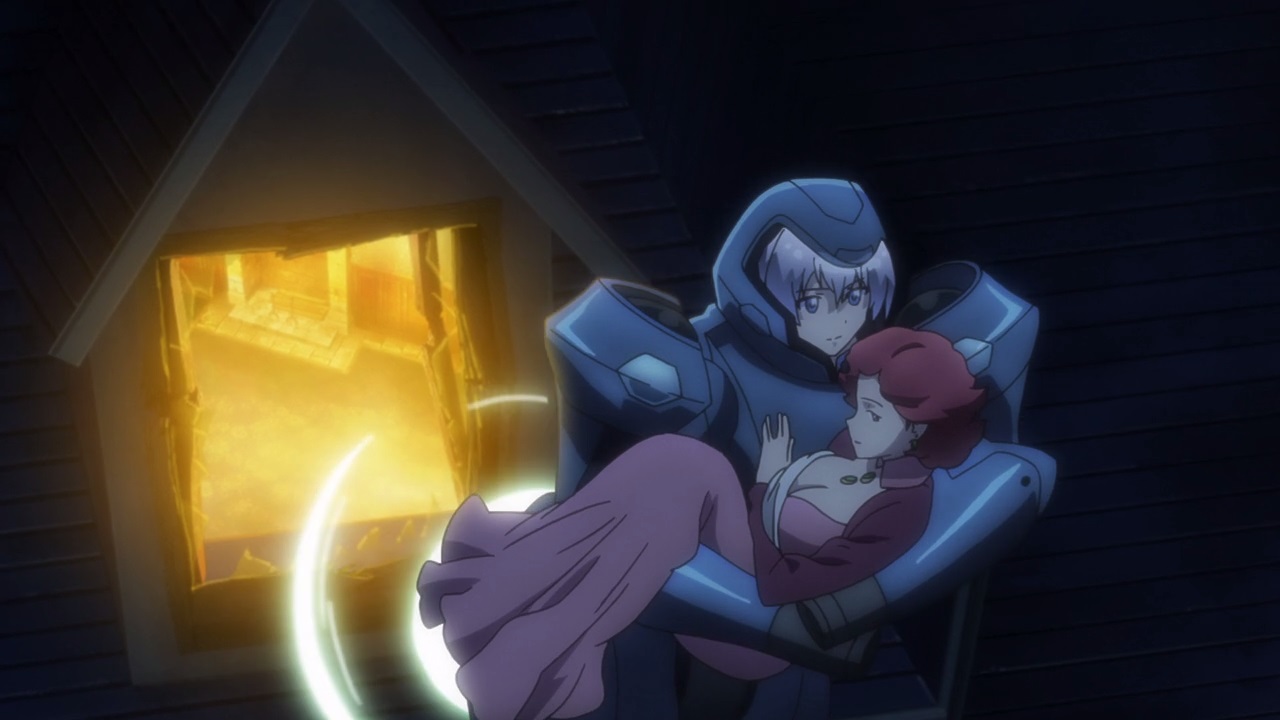 Anyways, time for Ernesti Echevalier and his allies to rescue the royal Kuschpercha family, starting with Martina and Isadora ’cause you don’t want Princess Eleonora feeling lonely after losing her father in battle. 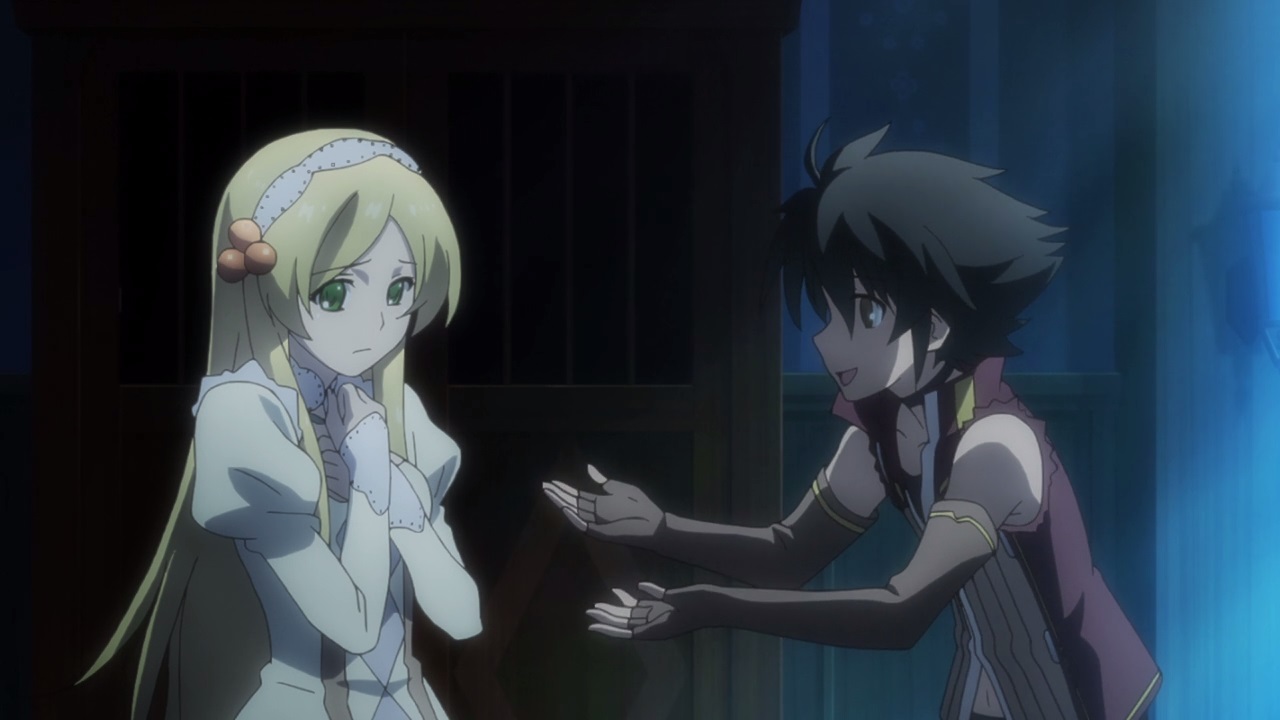 And speaking of Princess Eleonora, here’s Archid Walter as he found the princess, but she refused to be saved because her kingdom has fallen and other depressing stuff. Yeah, Eleonora had a rough time!

But you know what, Archid wants to help Princess Eleonora as a knight because it’s his duty to not only rescue her, but to make Eleonora felt secured when Archid is protecting her. 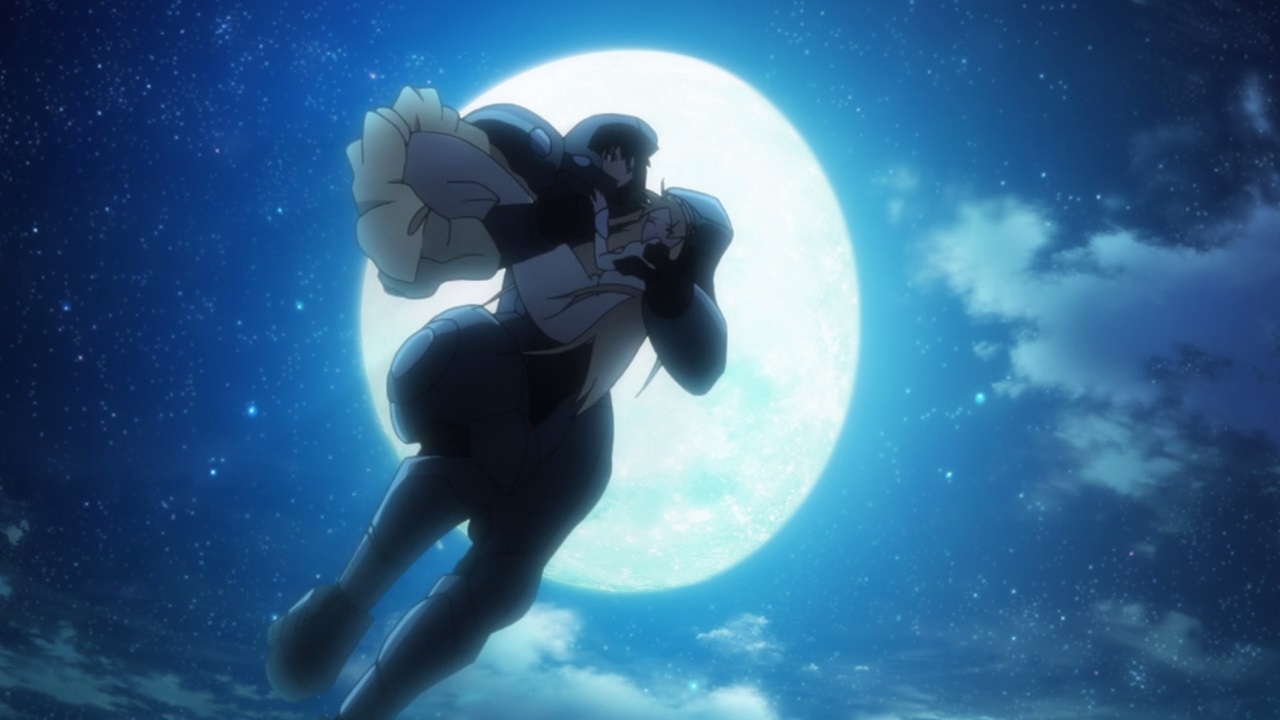 Now then, it’s time for Archid Walter to carry Eleonora like a princess and make a getaway! Well, the first step is finished for the Order of the Silver Phoenix. 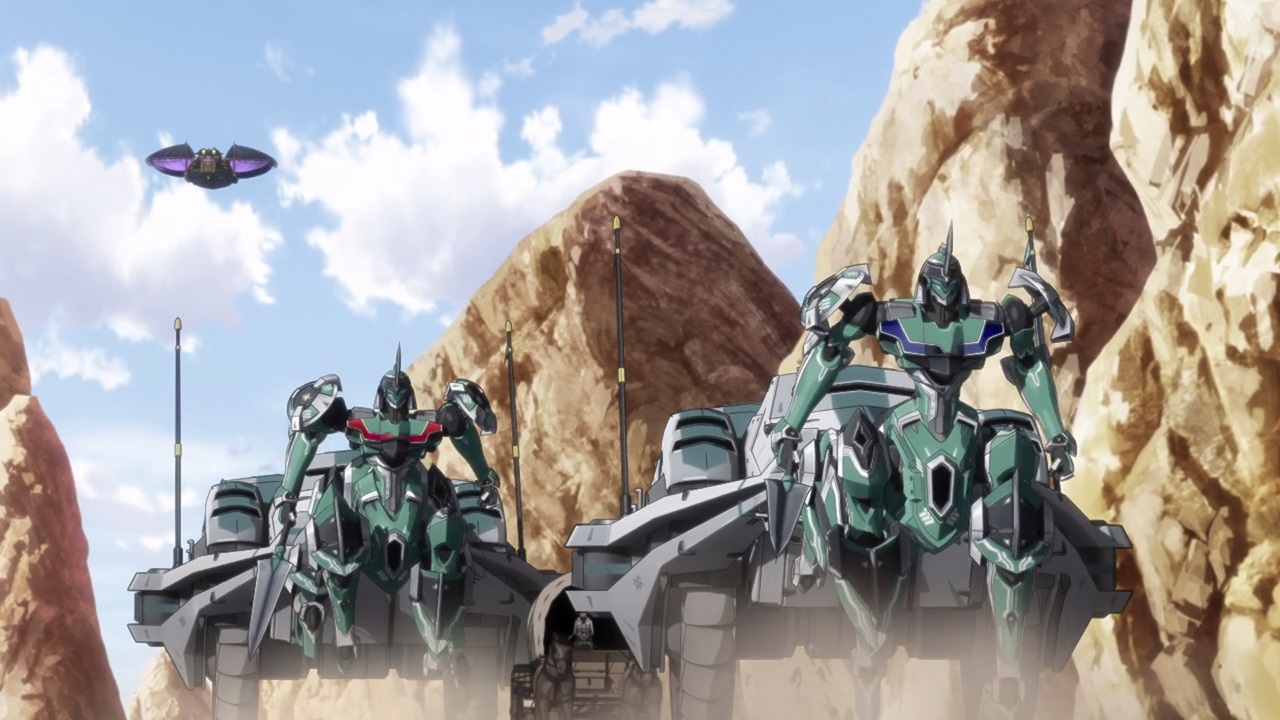 But for their second step, escaping their pursuers proved to be much difficult as Zaloudek brought their Levitate Ship against their foes. 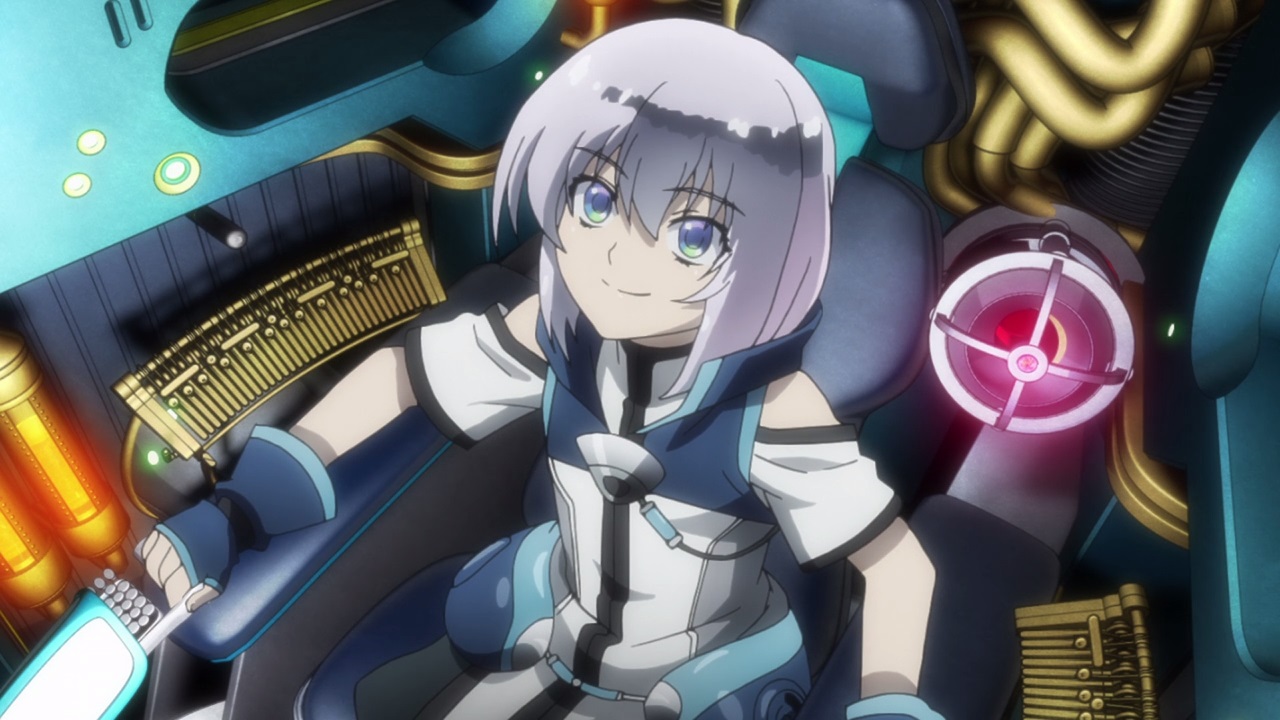 This prompted Ernie to have his curiosity senses tingling upon seeing the Levitate Ship. Oh boy, I have to say that his expression felt infectious when it comes to machinery! 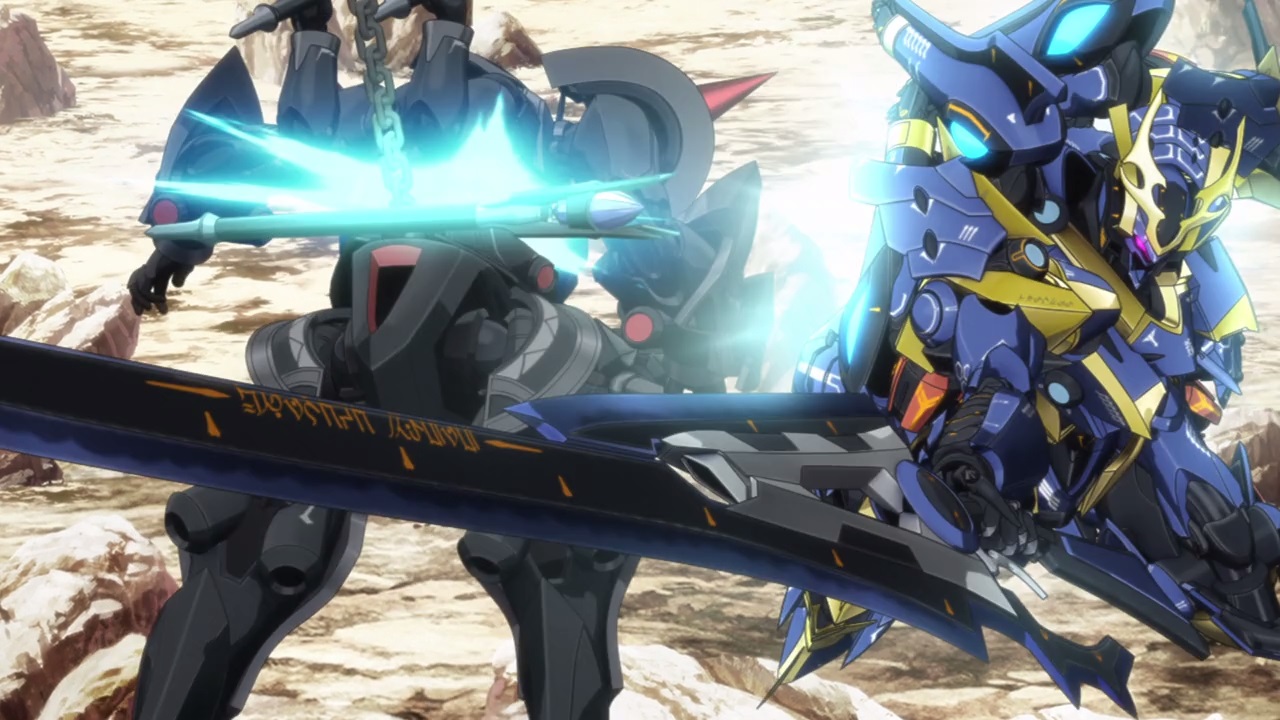 And so, Ernesti went to see the ship up-close with his Ikaruga as his Silhouette Knight is flying towards it.

Even Zaloudek we’re caught off-guard upon seeing the “blue demon” terrorizing in mid-air! 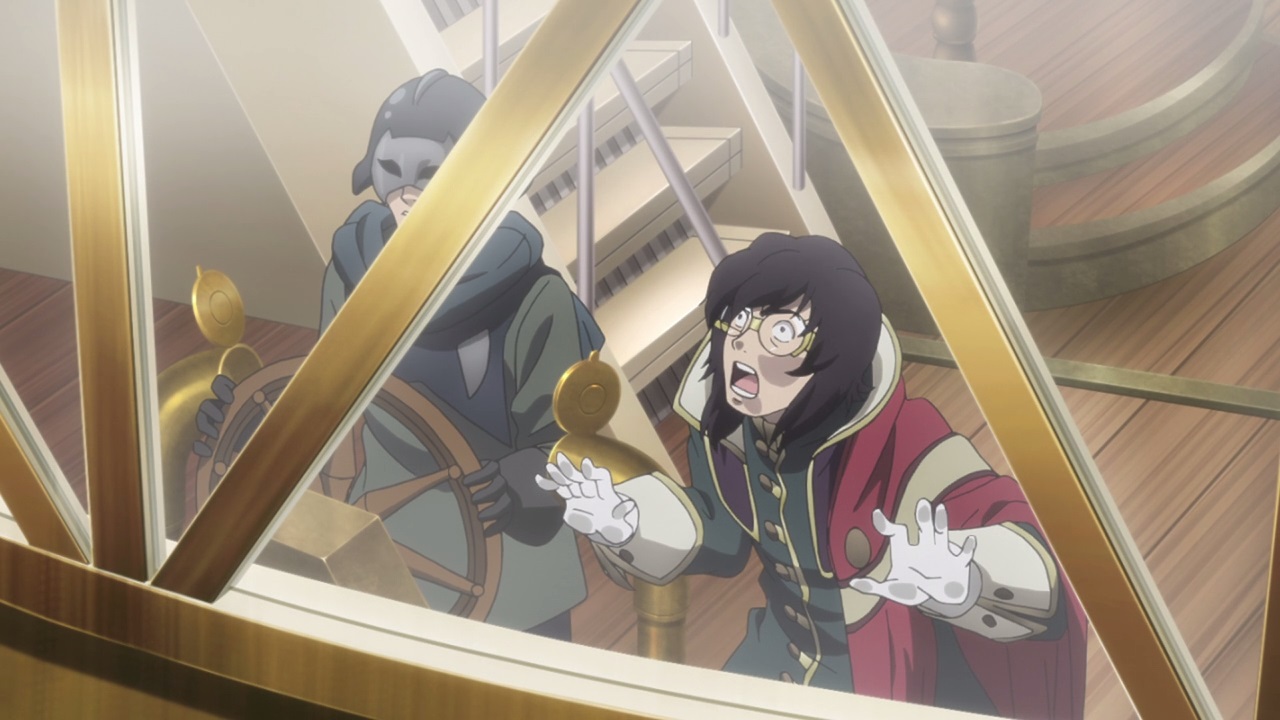 Oh yeah, here’s Lord Gojass as he’s the inventor of the Levitate Ship. Much like Ernesti Echevalier, Gojass is curious to see and touch his Silhouette Knight. Come to think of it, does Gojass came from the modern world?

Anyways, looks like Lord Gojass will have to tell his men to retreat for the time being, which means that Princess Eleonora is successfully rescued. But who knows, maybe Gojass and his Levitate Ships might return stronger as ever! 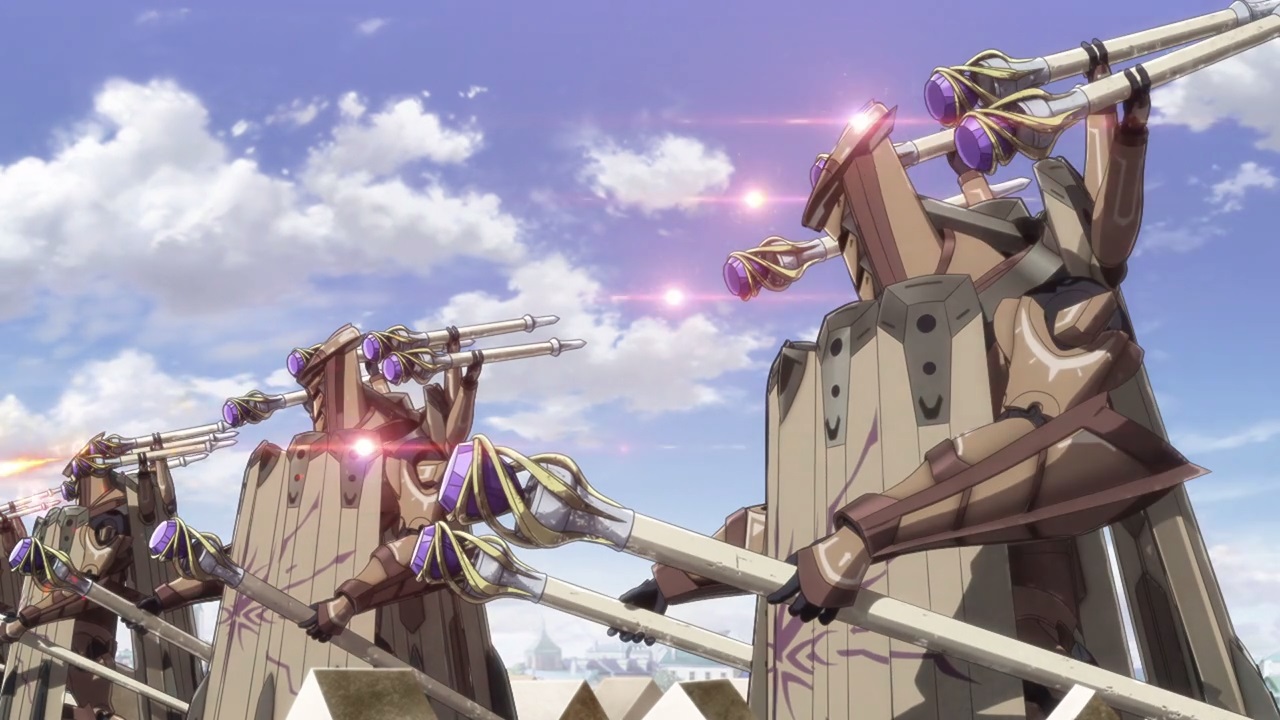 Now that the princess is safe from Prince Cristobal’s hands, Ernesti proposed the royal Kuschpercha family-in-exile that he and the Order of the Silver Phoenix will upgrade their Silhouette Knighs in exchange for destroying Tyrantos and salvaging their parts.

Well, sounds like and good deal for Ernie as he and his fellow knightsmiths have upgraded Kuschpercha’s Lesvant into a powerful Silhouette Knight by adding a defensive mantle as well as not two, but four sub arms which holds four magic rods. 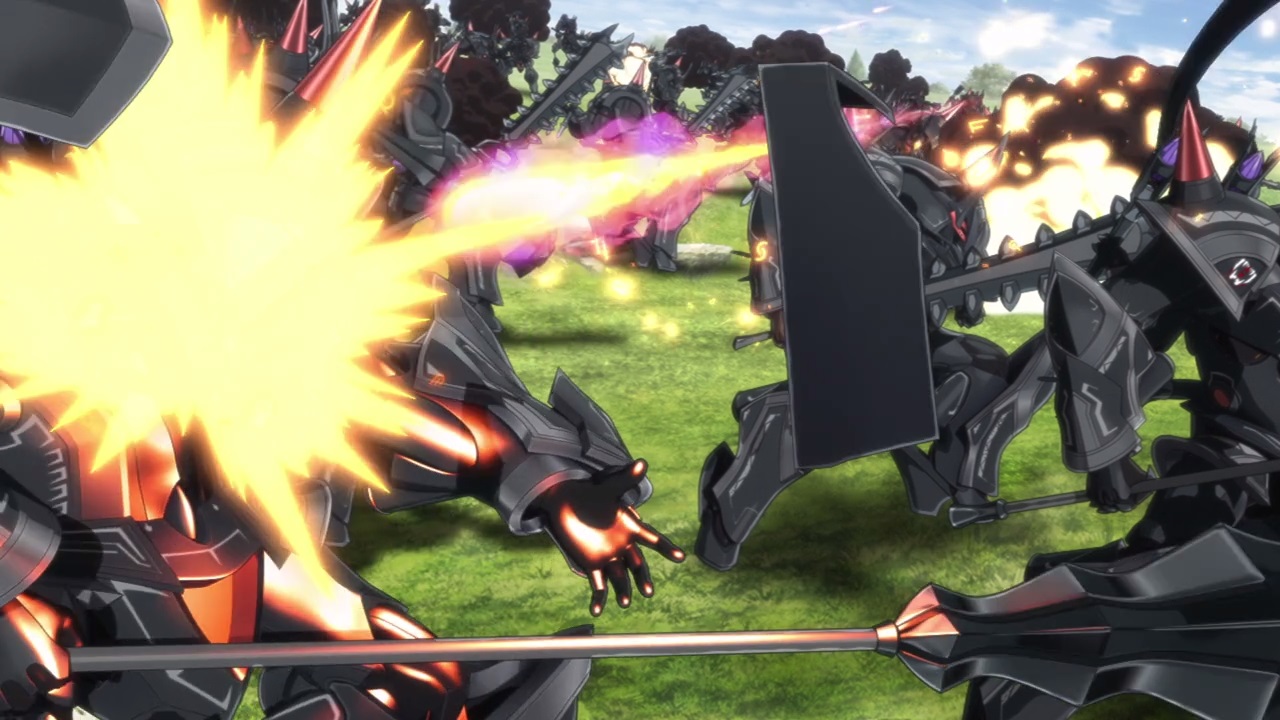 And lo and behold as Zaloudek’s latest Silhouette Knight is being pushed back. Yeah, they had it coming for conquering Kuschpercha thanks to Ernesti Echevalier! 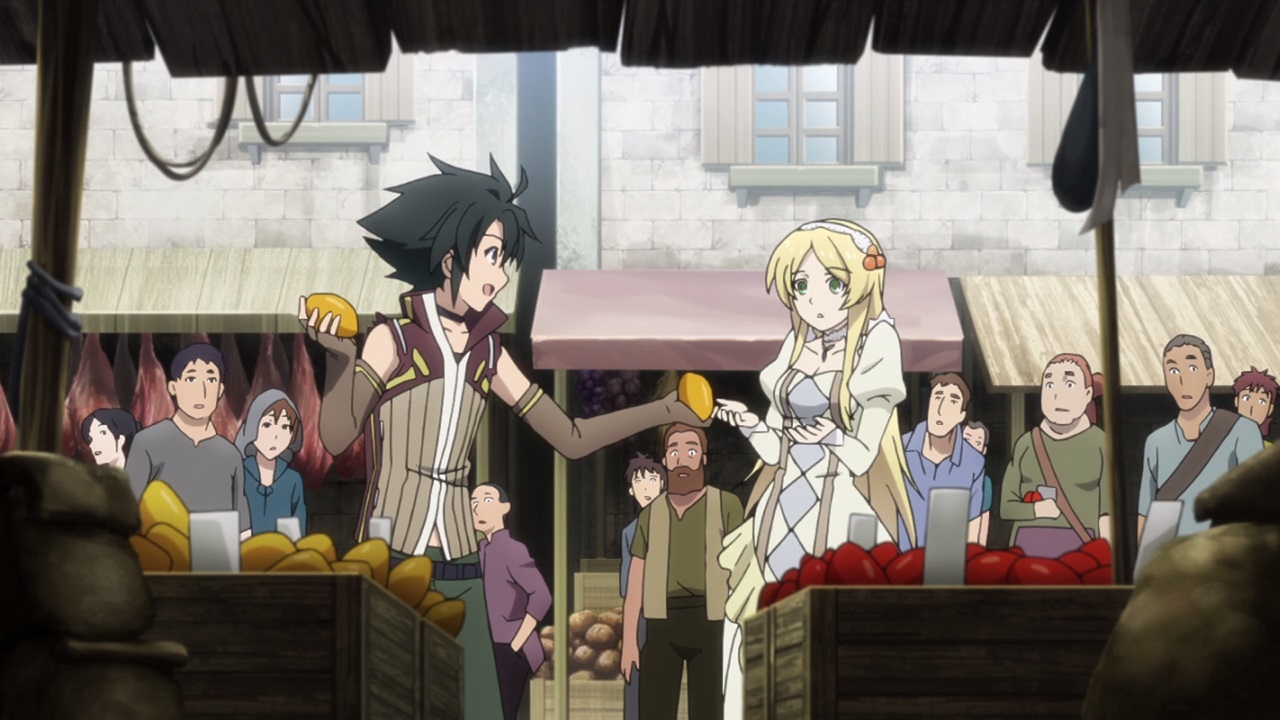 By the way, here’s Princess Eleonora as she’s being escorted by her personal knight Archid Walter by going to various places to cheer the princess up.

Gotta say that Archid scored big with the Princess of Kuschpercha because he’s a nice guy to her. It’s no wonder why Archid Walter is suitable to be Eleonora’s knight in shining armor! 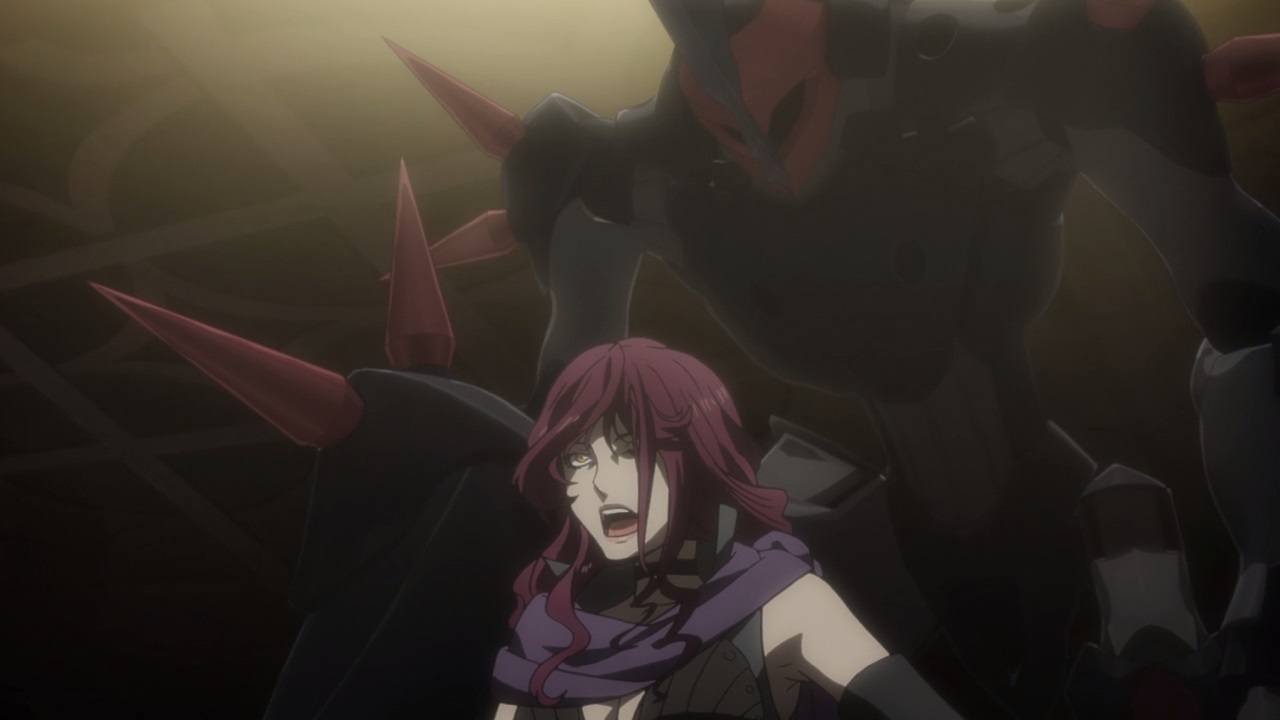 Meanwhile, Prince Cristobal ordered Lady Kerhilt and her Order of the Bronze Fang to either capture or kill Princess Eleonora in exchange for restoring the House of Hietakannas, which I believe Kerhilt came from that household.

Anyways, the Bronze Fang will do the usual modus operandi of stealing the enemy Silhouette Knights so that Zaloudek’s knightsmiths can reverse-engineer them. Would it be better if they capture Ernesti Echevalier? 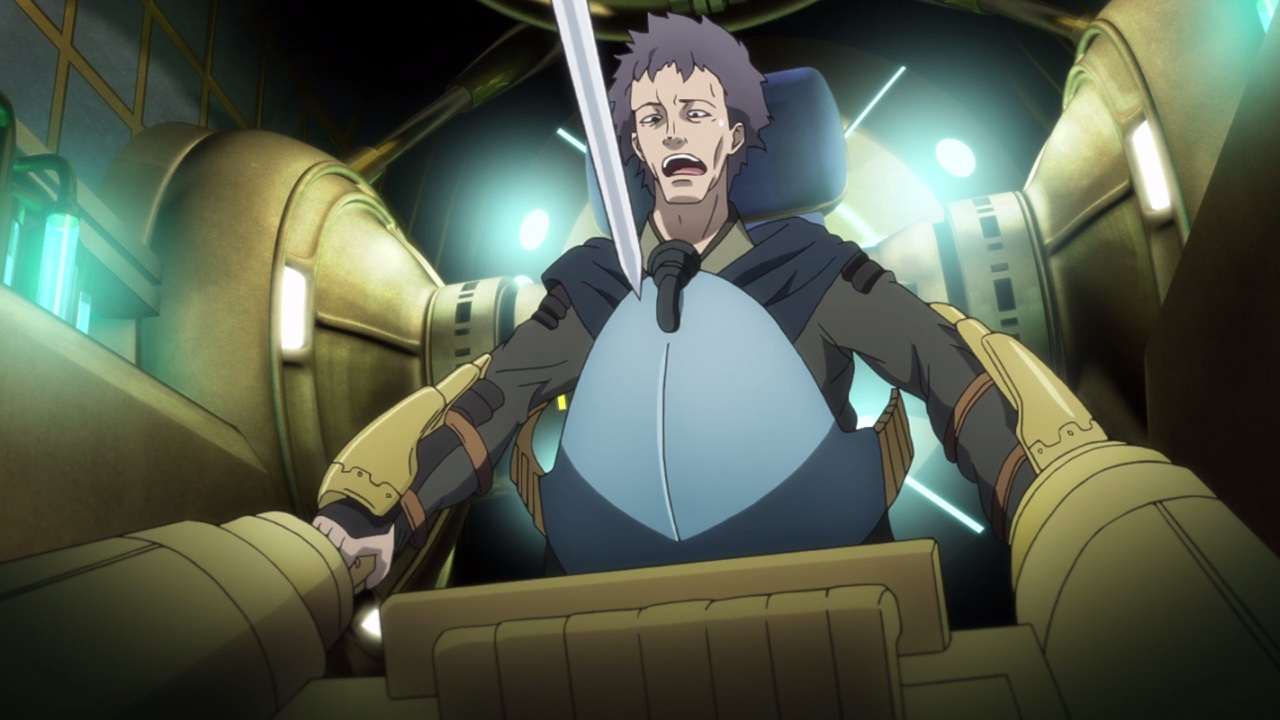 But then again, we’re talking about Ernie as he came up a security measure in which no one can pilot his precious mecha, so long as he and his fellow knights possess a key to unlock it.

And oh boy, the Bronze Fang had it coming as they couldn’t steal a damn thing! Jokes on them for underestimating Ernie and his genius ways on improving and protecting his Silhouette Knights. 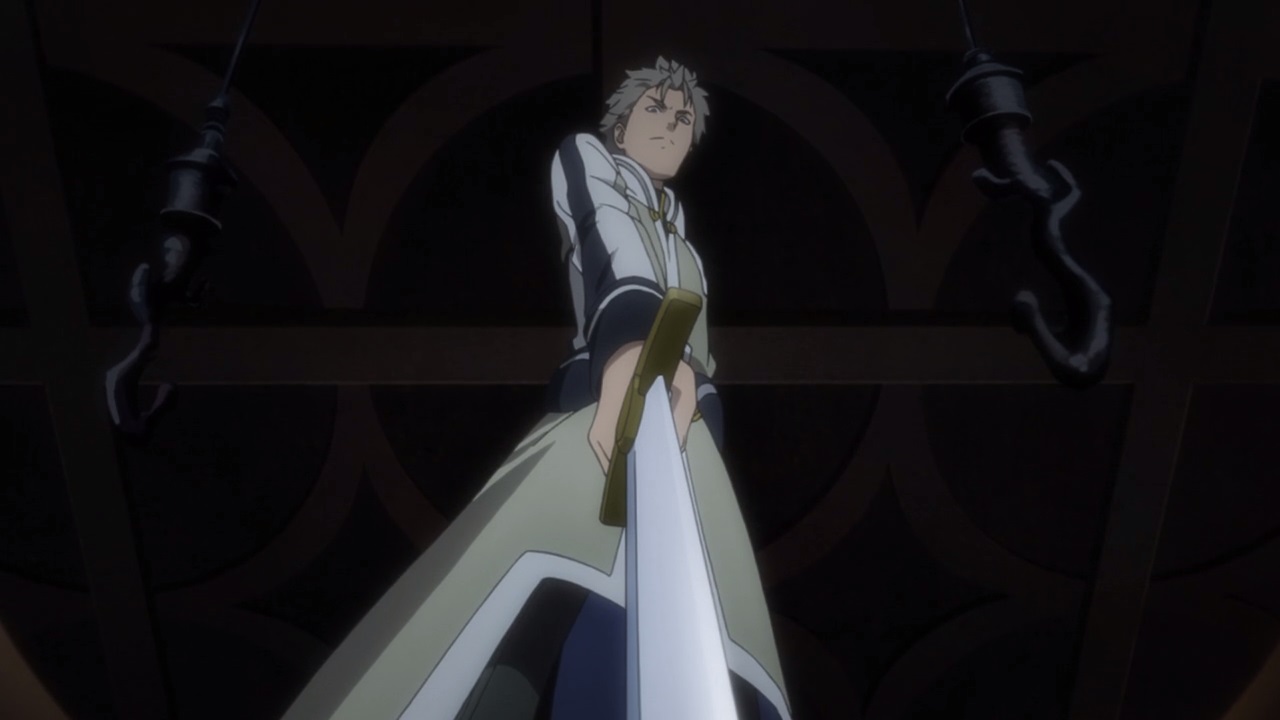 Also, here’s Edgar C. Blanche as he points his sword at the enemy for attempting to hijack his Earldilandecumber. What a mouthful of a name for Edgar’s Silhouette Knight! 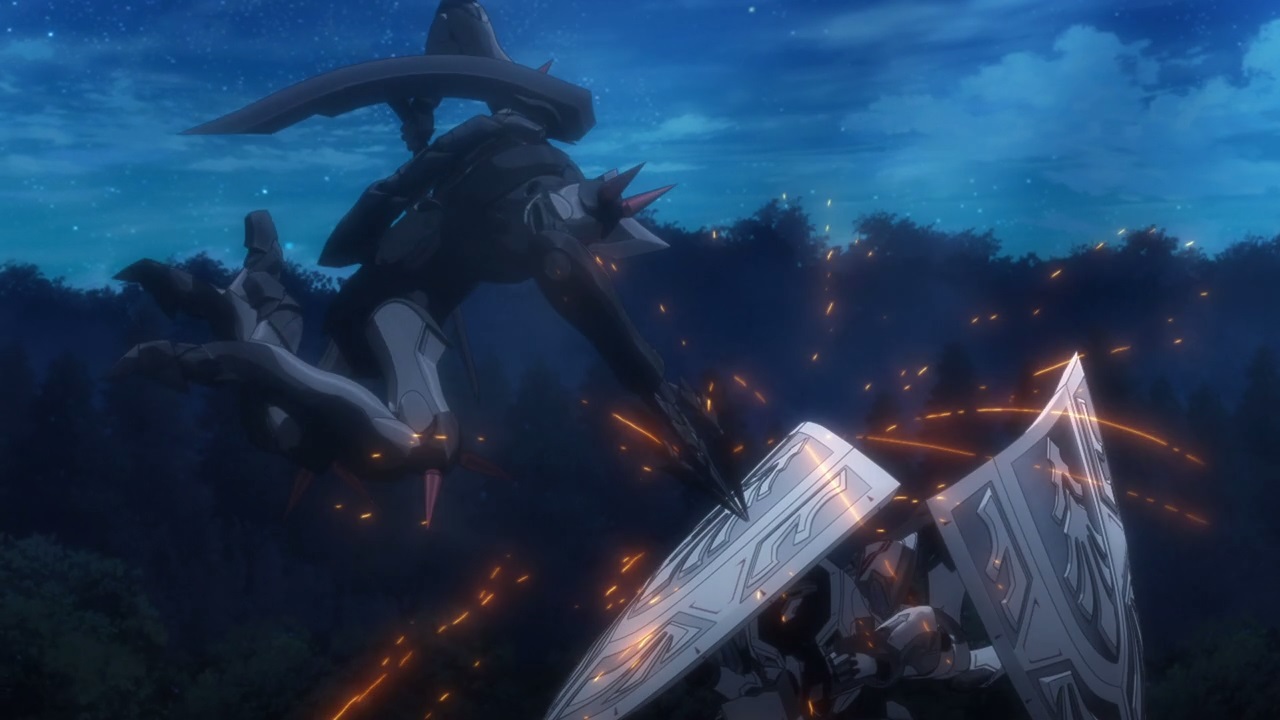 Anyways, time for Round 2 between Lady Kerhilt and Edgar C. Blanche as they square-off to see who’s the better Knight Runner.

Then again, Kerhilt’s Vendobadahla Custom is very nimble against the bulky Earldilandecumber despite the technological gap between Silhouette Knights. Damn, so many long names on this series! 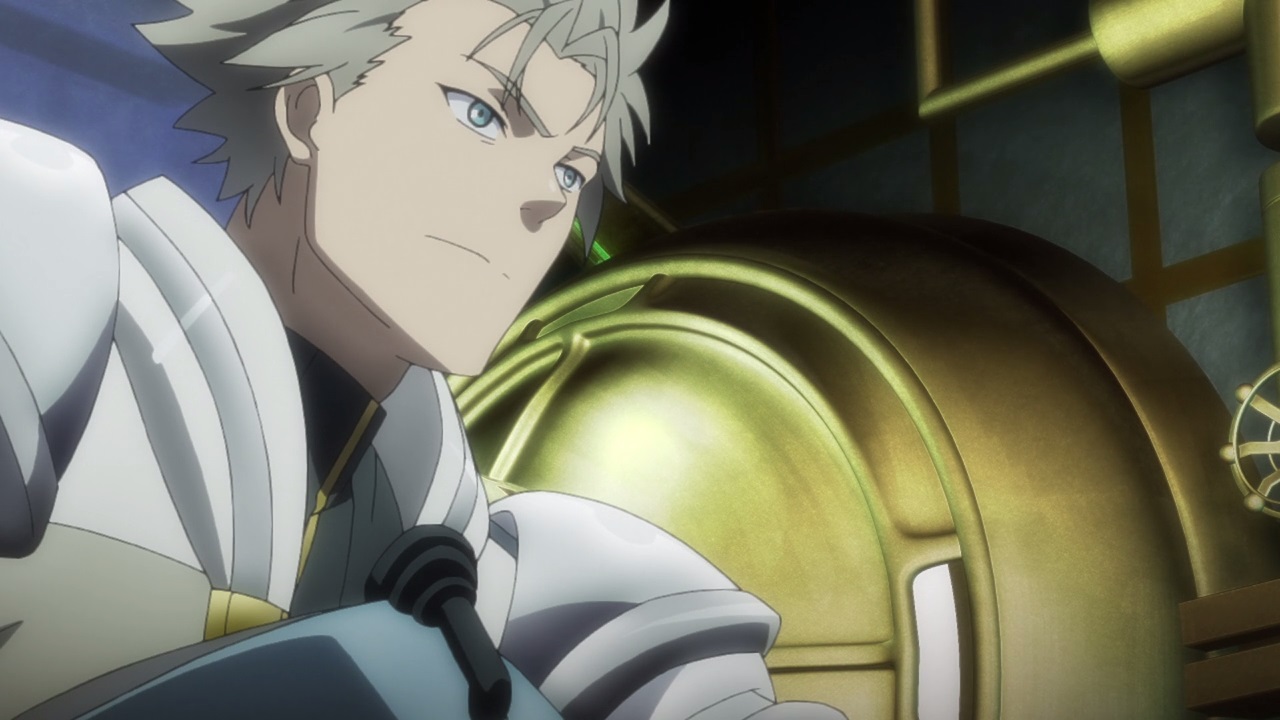 And here’s Edgar C. Blanche as he’s no longer making the same mistakes as his previous encounter with Lady Kerhilt… 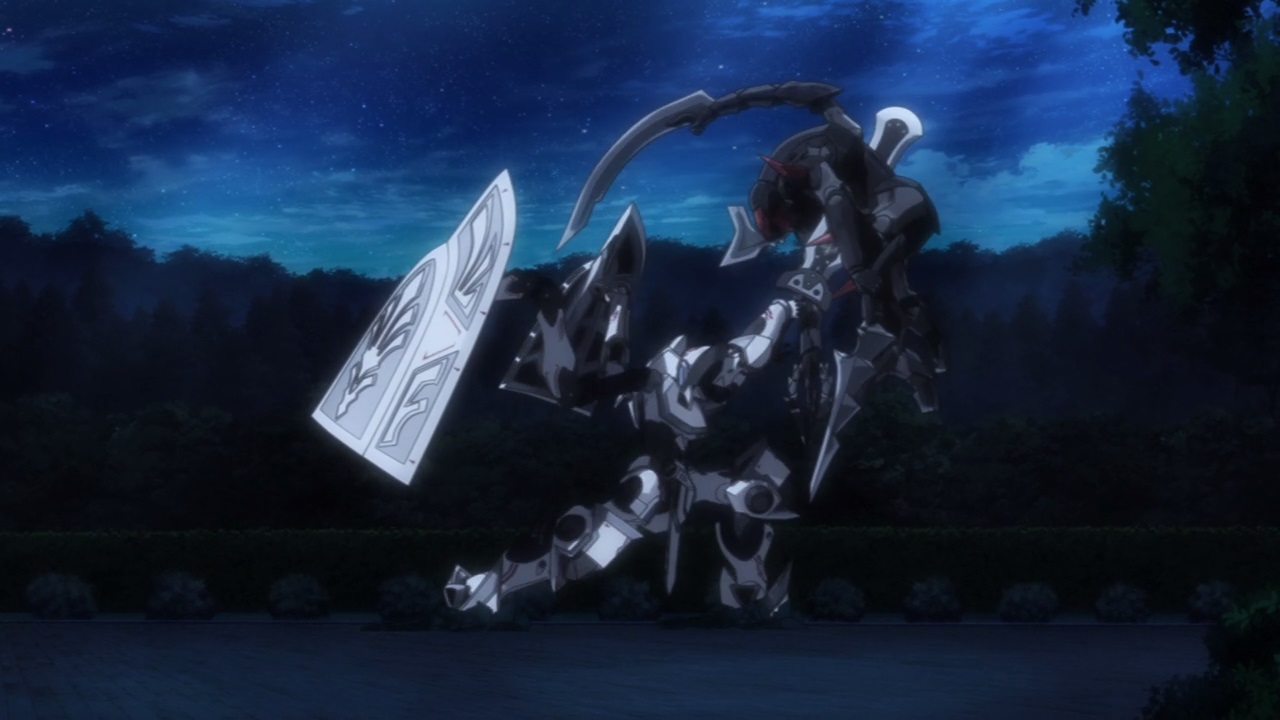 Yeah, that’s gotta hurt and kudos to Edgar for enacting his revenge! 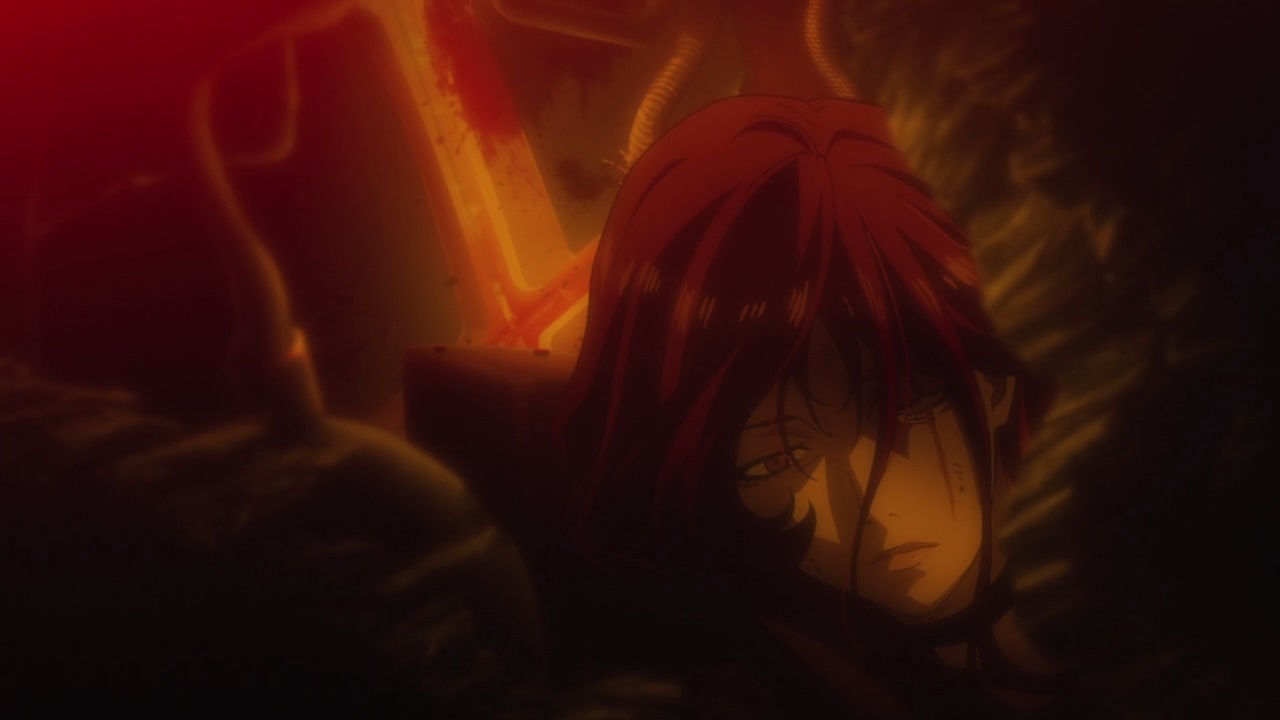 Well, I’d say that Lady Kerhilt is killed by Edgar C. Blanche, which is sad because I want to see more about her. But as for the rest of the Bronze Fang, they won’t return to terrorize the Silver Phoenix anymore ’cause their boss is dead!

Anyways, seems that the plot is moving so fast that I wonder what’ll be the ending on Knight’s and Magic. Please don’t make a shitty conclusion of this adaptation, 8-bit!