Posted on September 6, 2017 by benigmatica 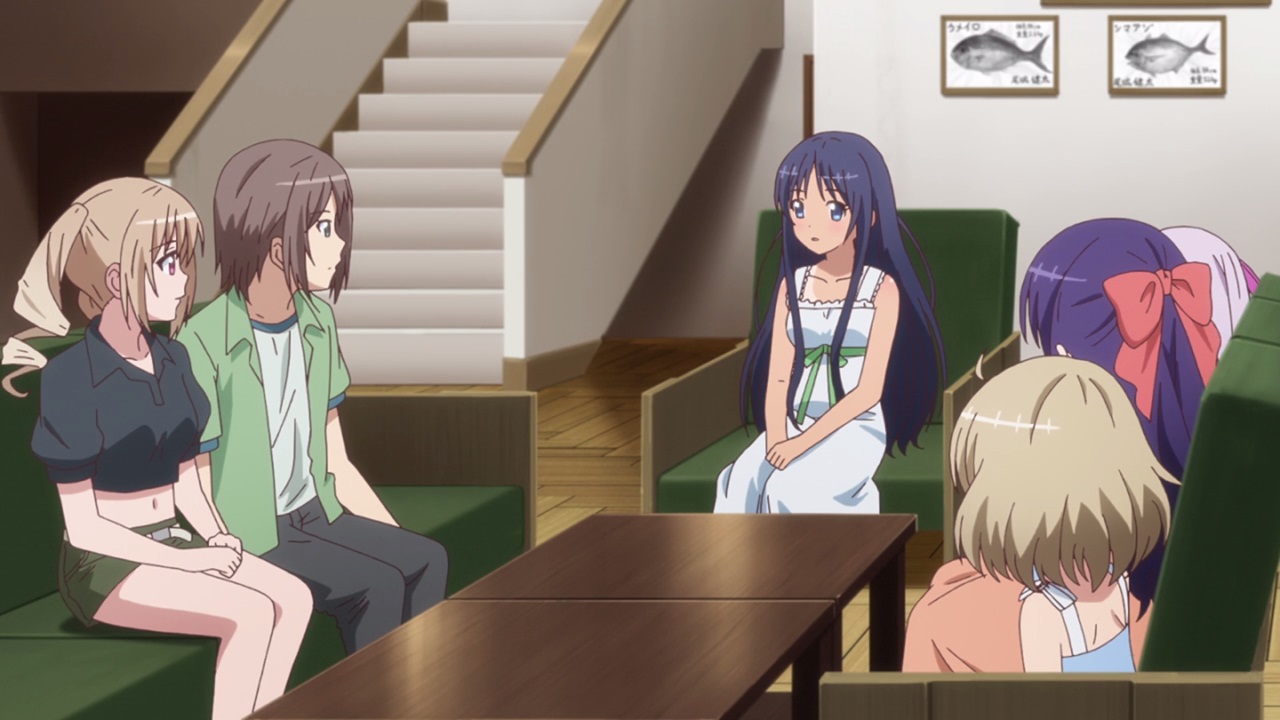 So, let’s continue where we left off as Yuzuha Aigae explains that Kiryu-sama as always being a deity on Soryu Island ever since she was born. Well technically, Kiryu-sama is the shrine priestess and not a deity.

But because of this, Kiryu couldn’t get out until she becomes an adult… and that’ll take a long time! 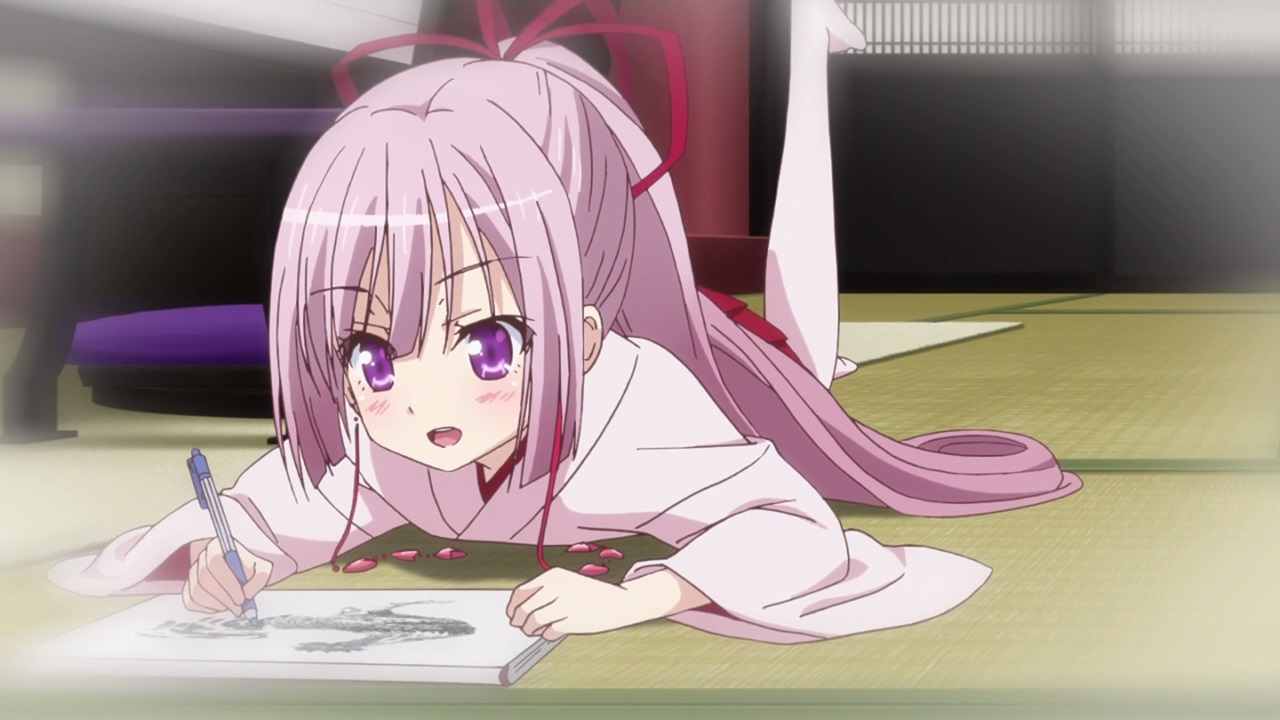 Fortunately, Yuzuha Aigae and her family decided to bring her a computer and a graphic tablet since Kiryu-sama loves drawing. Because of that, Kiryu became the illustrator known as Kiriyume.

Of course, being stuck in her shrine throughout her life is very lonely until recently when she stepped out to see Yuzuha and Kyo-kun! 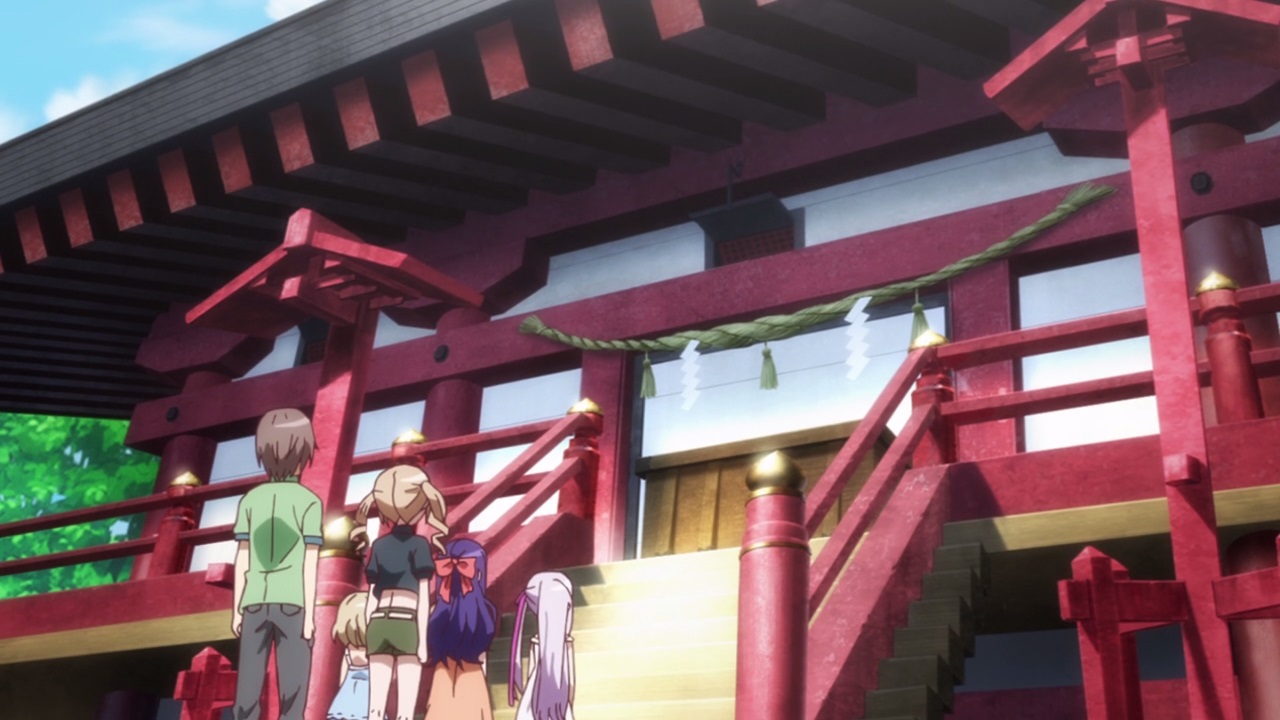 Anyways, it’s time for Kyo Nukui and the girls to see Kiryu-sama as she’s inside this shrine in which the door leading to it is currently locked.

Oh yeah, she can’t go outside just once nor talk to outsiders. Otherwise, Soryu Island might befall into a disaster. 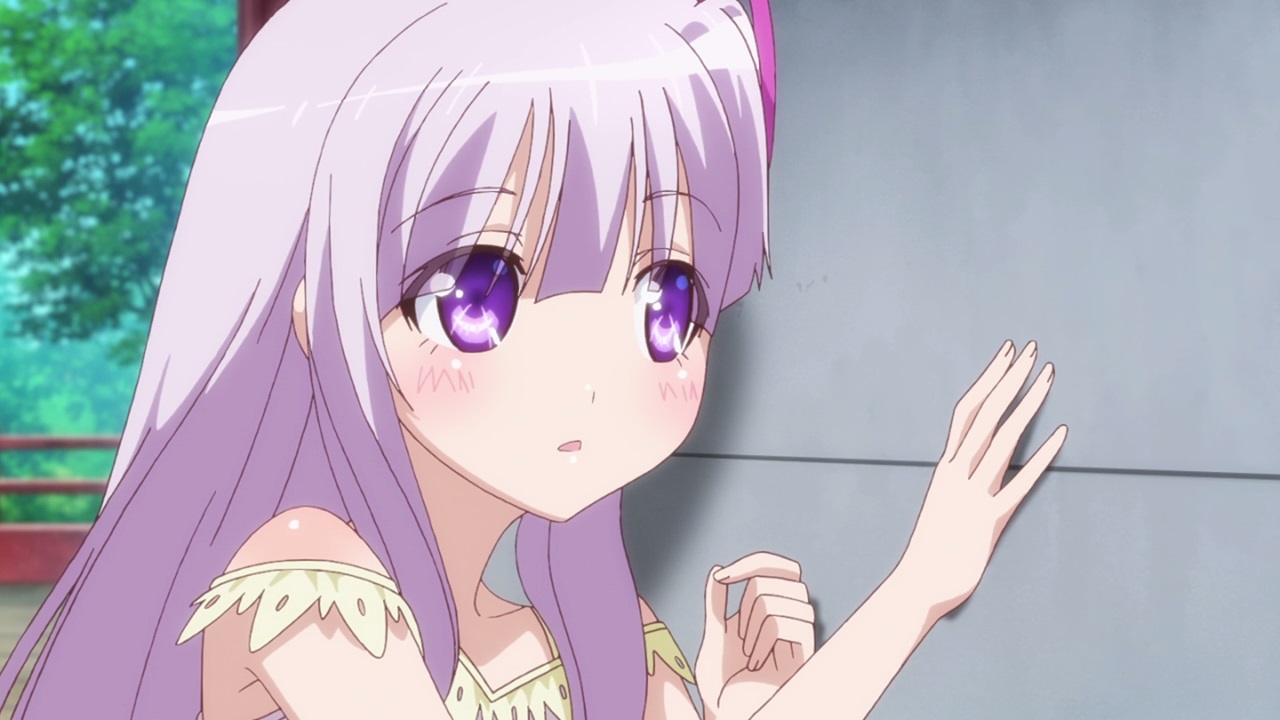 With that said, time for Jun Gotou to locate Kiryu-sama using her enhanced hearing skills. For a shy girl, Jun-chan has some pretty good ears! 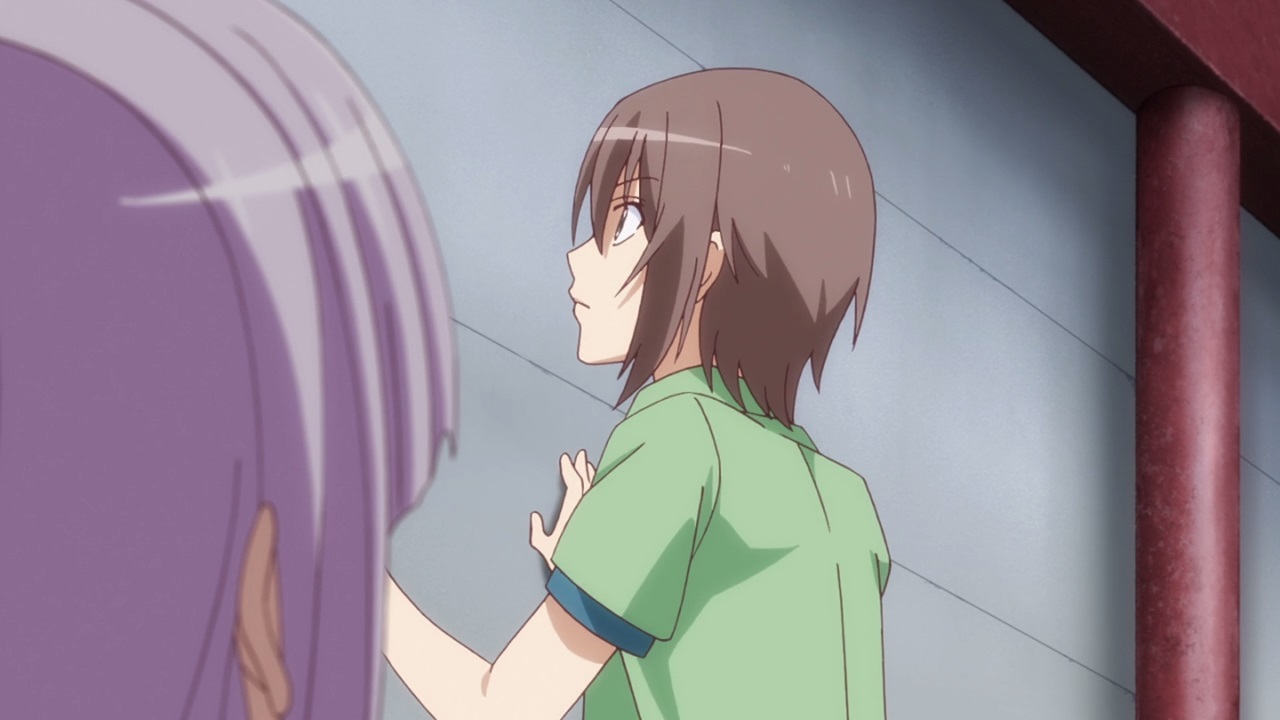 Now that Kiryu-sama has been located, it’s time for Kyo Nukui to have a conversation with her.

However, Kiryu refused to do so because c’mon, a shrine priestess can’t talk to outsiders and therefore she told Nukui to leave the shrine. 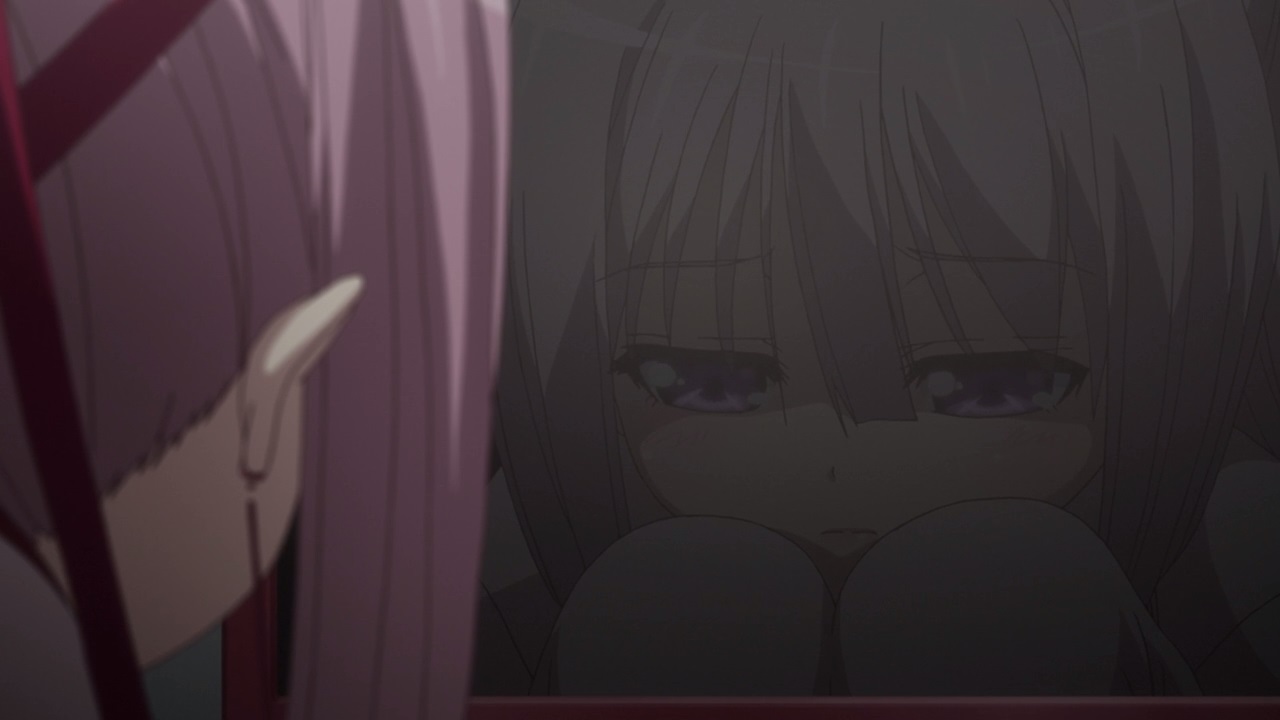 But like I said before, she’s very lonely as Kiryu wanted to have a friend to talk with. I feel sorry for her… 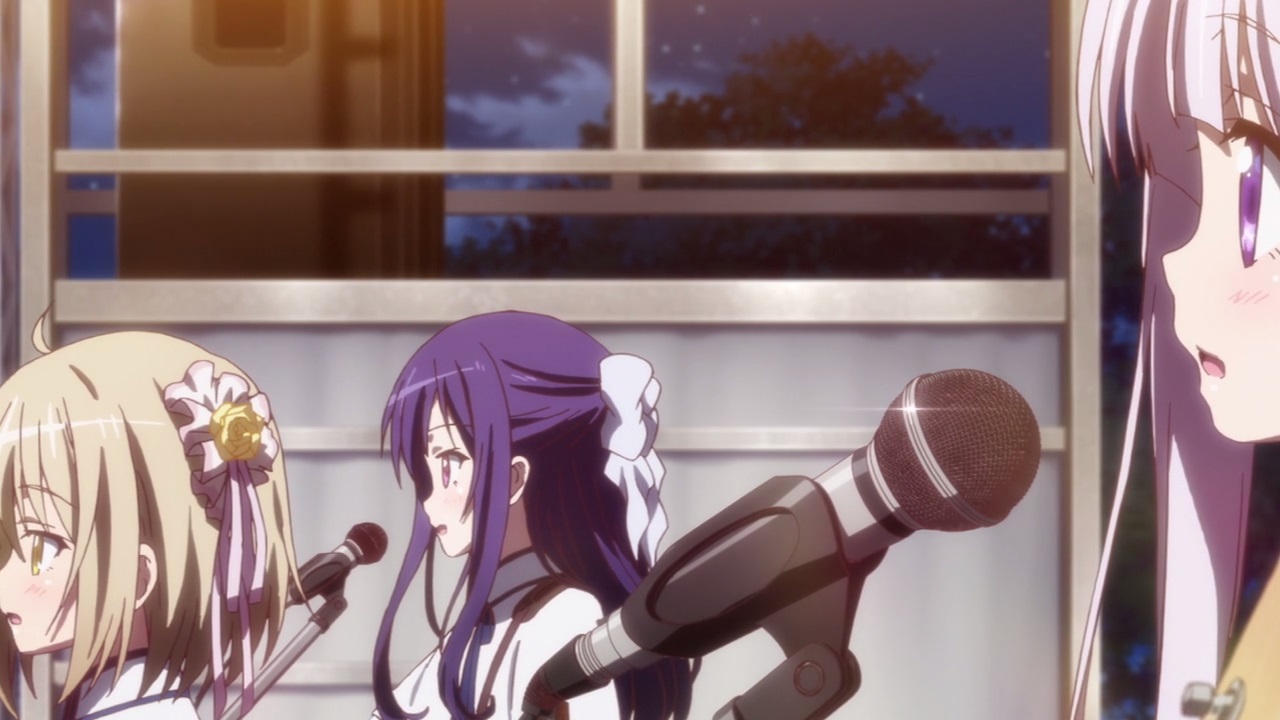 Well then, the only way for Kiryu to get out of the shrine is with a song as Lein de famille performed together with the local taiko drum and shamisen troupe.

Let’s hope that their song would reach Kiryu-sama and- 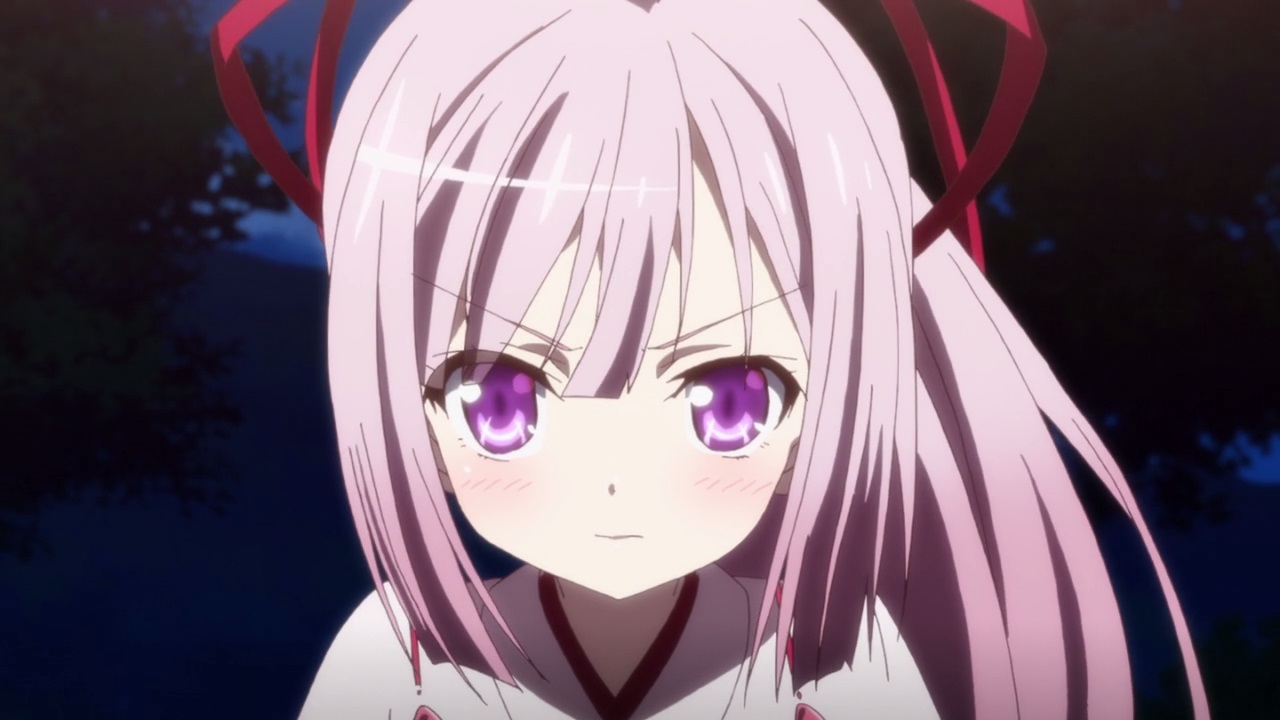 Oh wait, she’s here already as Kiryu is angry that she’s being left out in the festivities.

Oh, and let’s not forget that she wants to be with Kyo Nukui but her obligation as a priestess forbids her to do so. 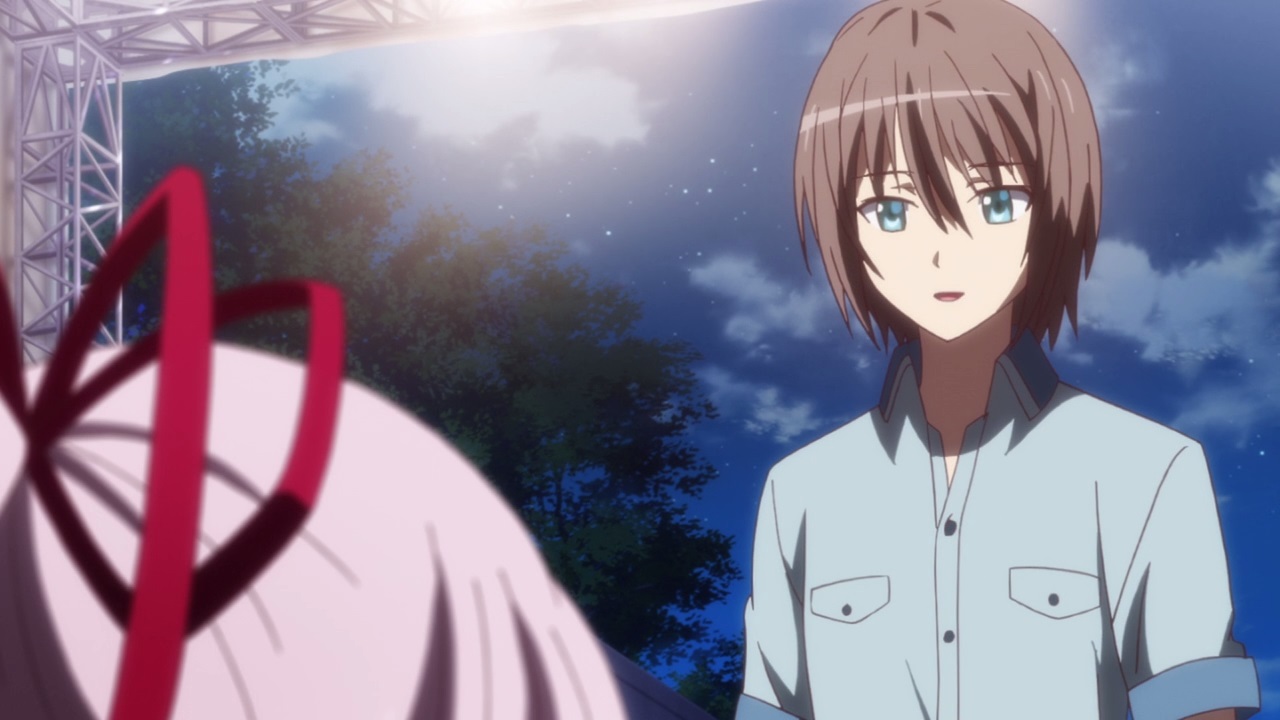 Nevertheless, Kyo-kun wanted to reach her out because he has a connection to Kiriyu- I mean, Kiryu-sama due to her illustrations.

After all, they’re a great team and thanks to Kiryu-sama, Nukui got the courage to not only meet Jun Gotou and the girls but also help them on saving their orphanage. 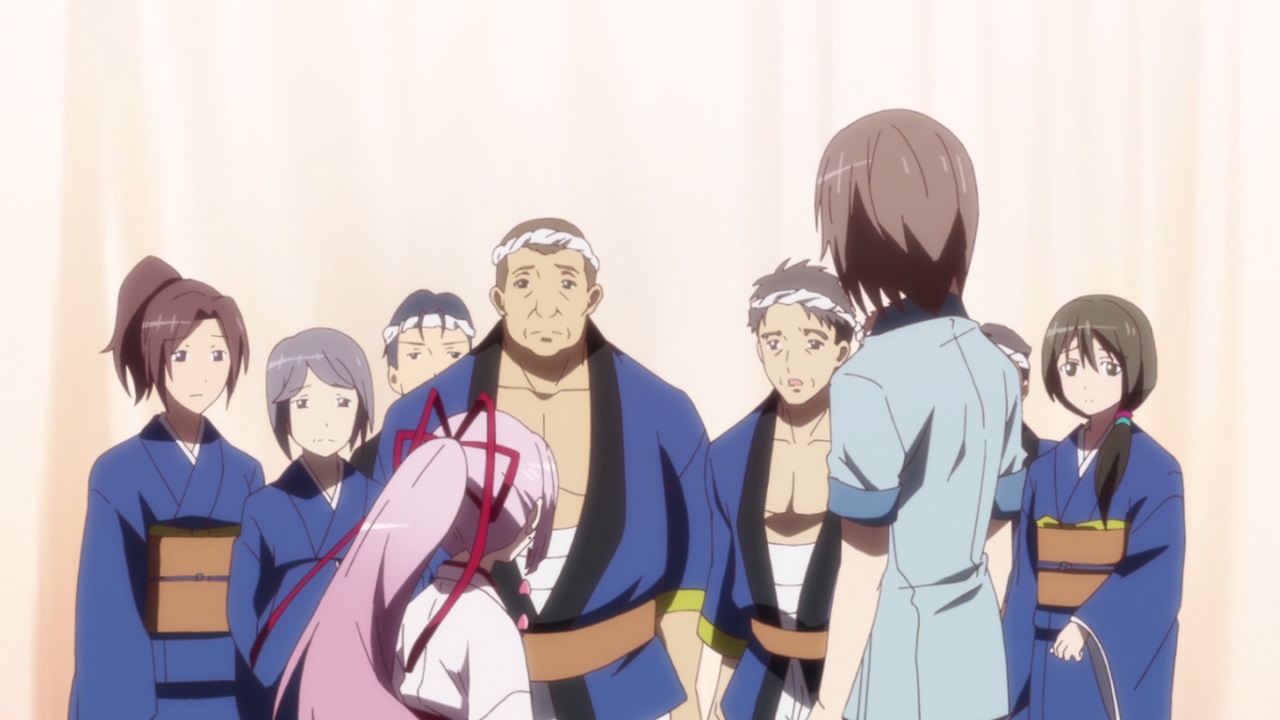 But like I said before, outsiders are barred from meeting the shrine priestess as the locals told Kyo-kun to stay away from Kiryu-sama. Well, that was rude! 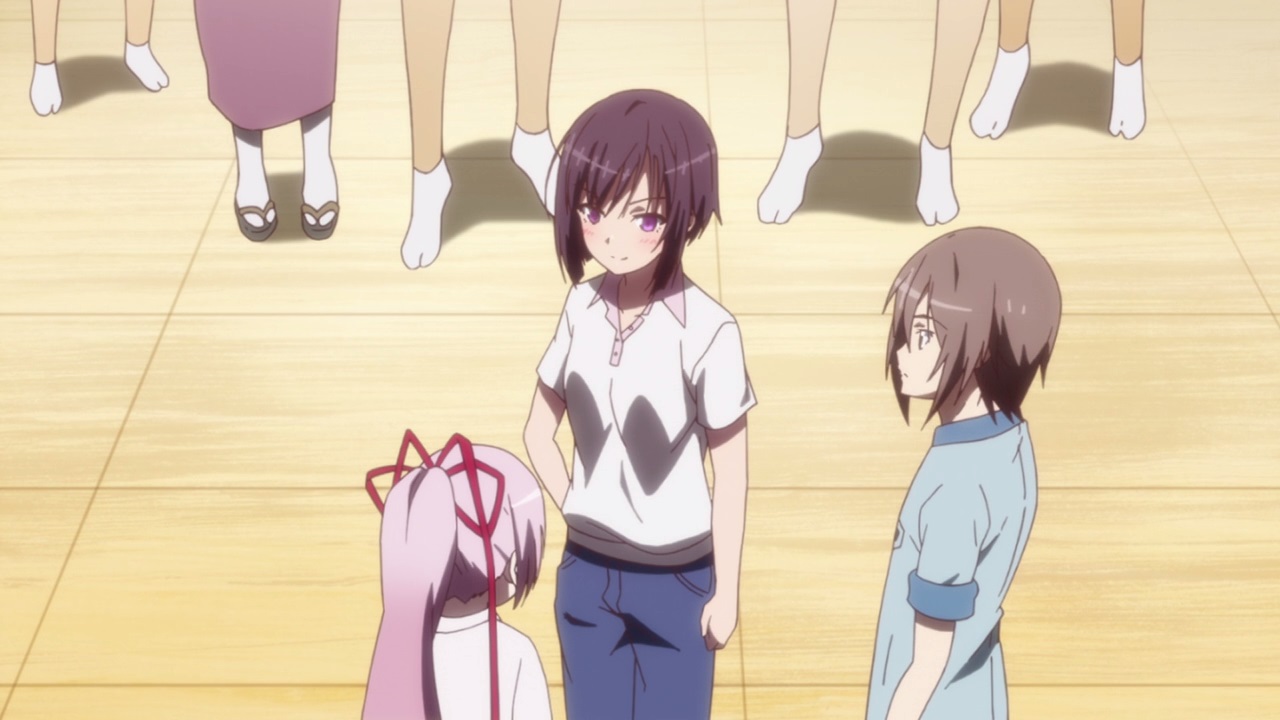 That’s until this woman named Sayuri Ougi showed up, who revealed herself as the former shrine priestess as well as Kiryu’s mother.

Oh yeah, and Sayuri-san told Kyo Nukui to talk to her daughter ’cause she got his back. 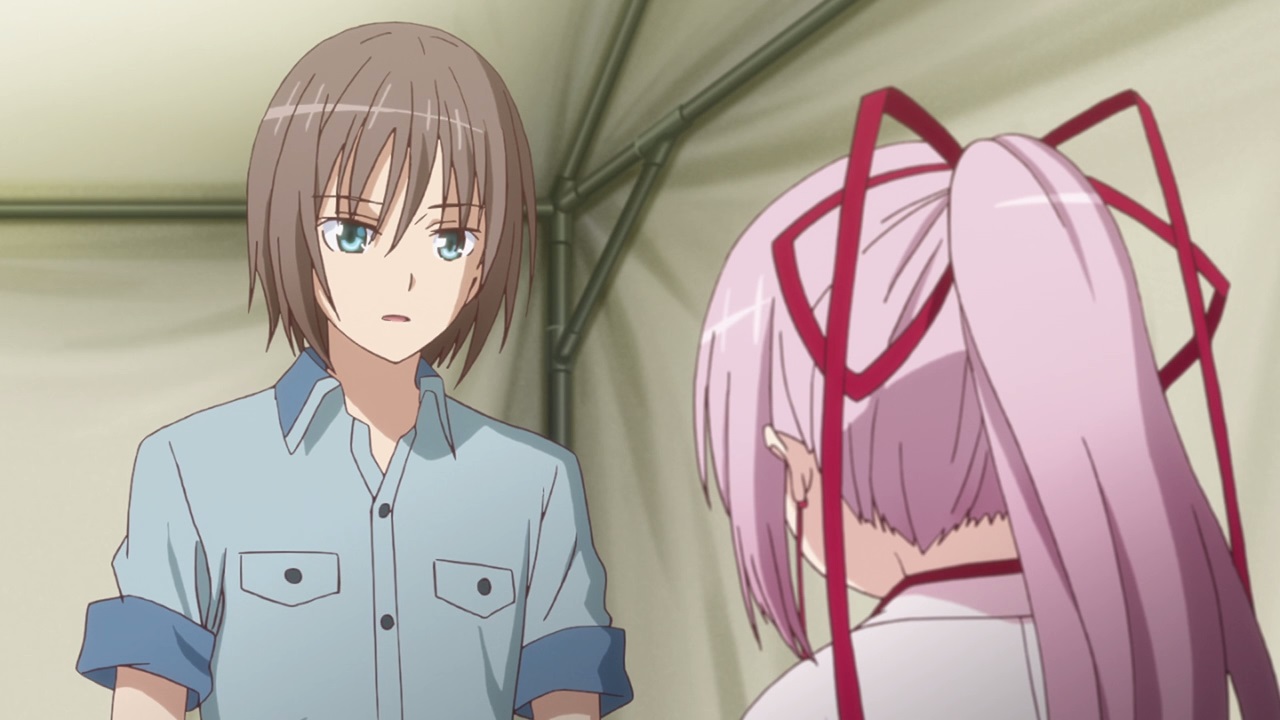 Anyways, looks like there’s no one who’ll interrupt this conversation as Kyo Nukui told Kiryu-sama that he wants to continue their collaboration with his music and her illustrations, respectively.

C’mon, Kyo-kun wants to remain connected with Kiry- I mean Kiriyume. Also, he got one more loli added to his harem! 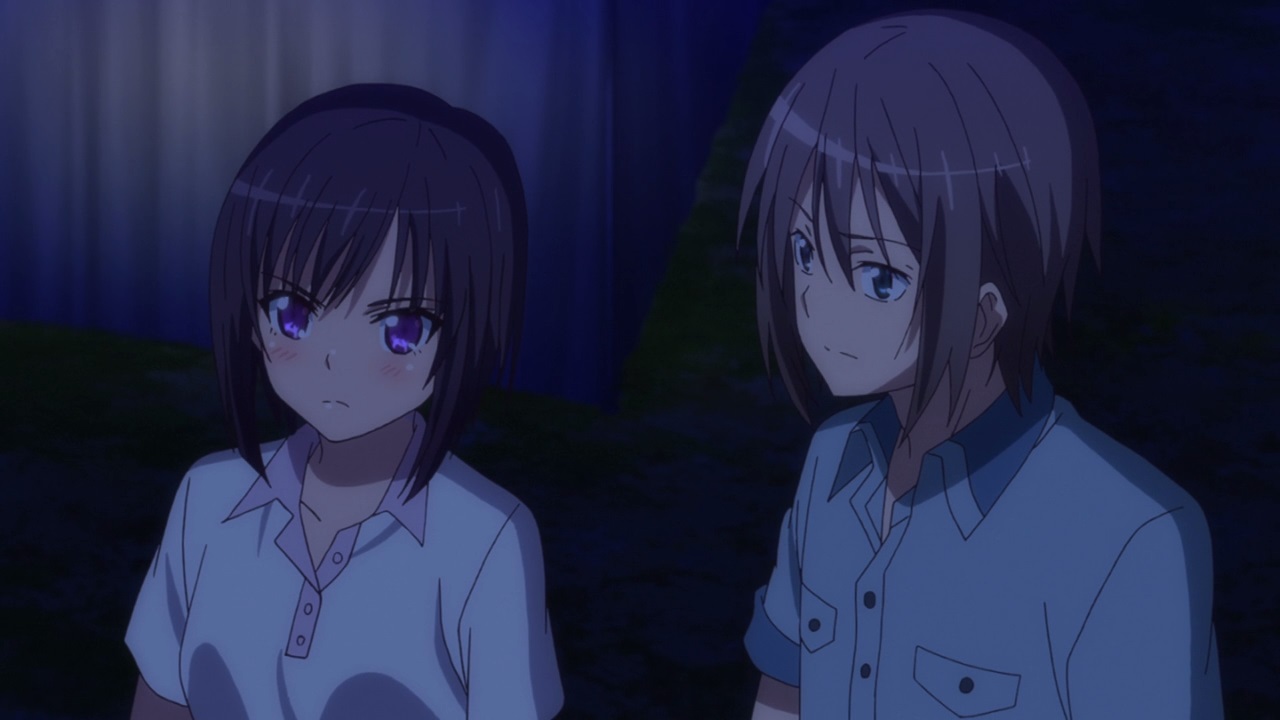 Now then, it’s time for Kiriyume’s mother to talk about why she wanted to revitalize the island as Sayuri-san wants to end the practice of having young girls like Kiriyume to become shrine priestesses for the rest of their lives.

Even though some local folks who will oppose on ending that tradition, I’d say that Sayuri Ougi and her family did their best on reviving Soryu Island. Also, Kiriyume got a nice mother who wanted her daughter to be happy on other things… 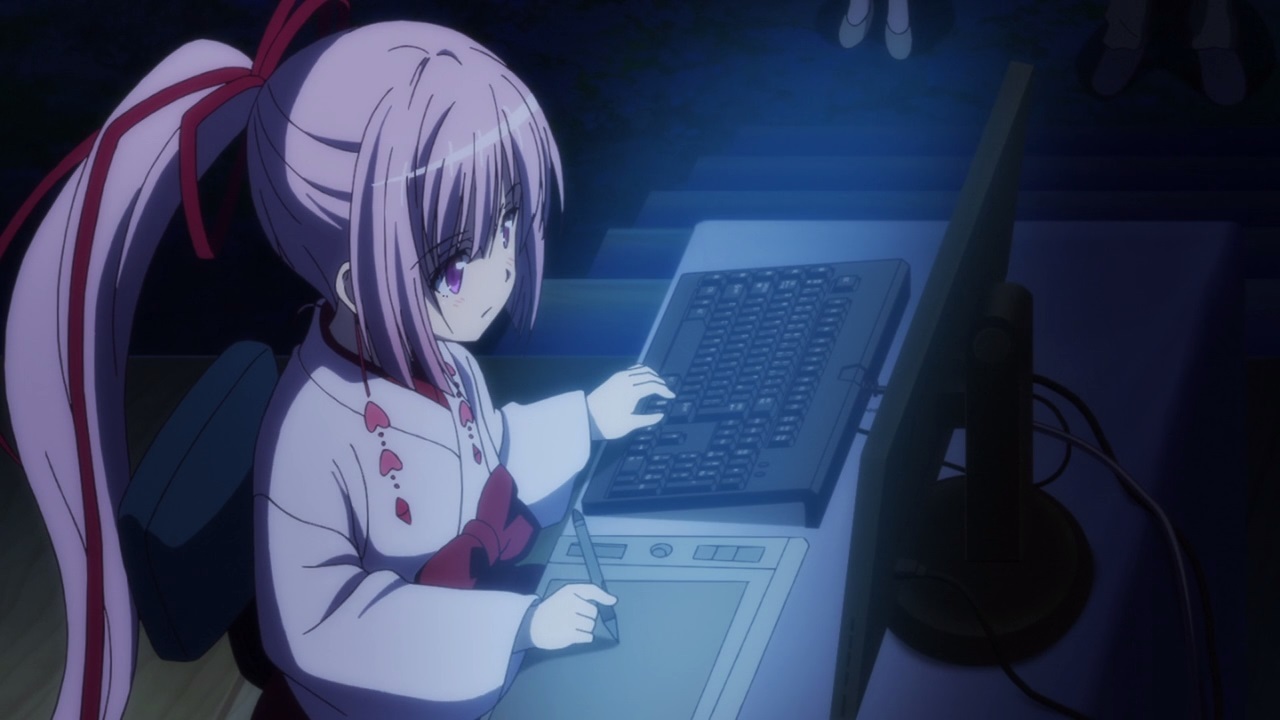 …especially when it comes to illustrations in which she’s drawing it live on stage without pressure. C’mon, she ain’t Kyo’s personal illustrator for nothing! 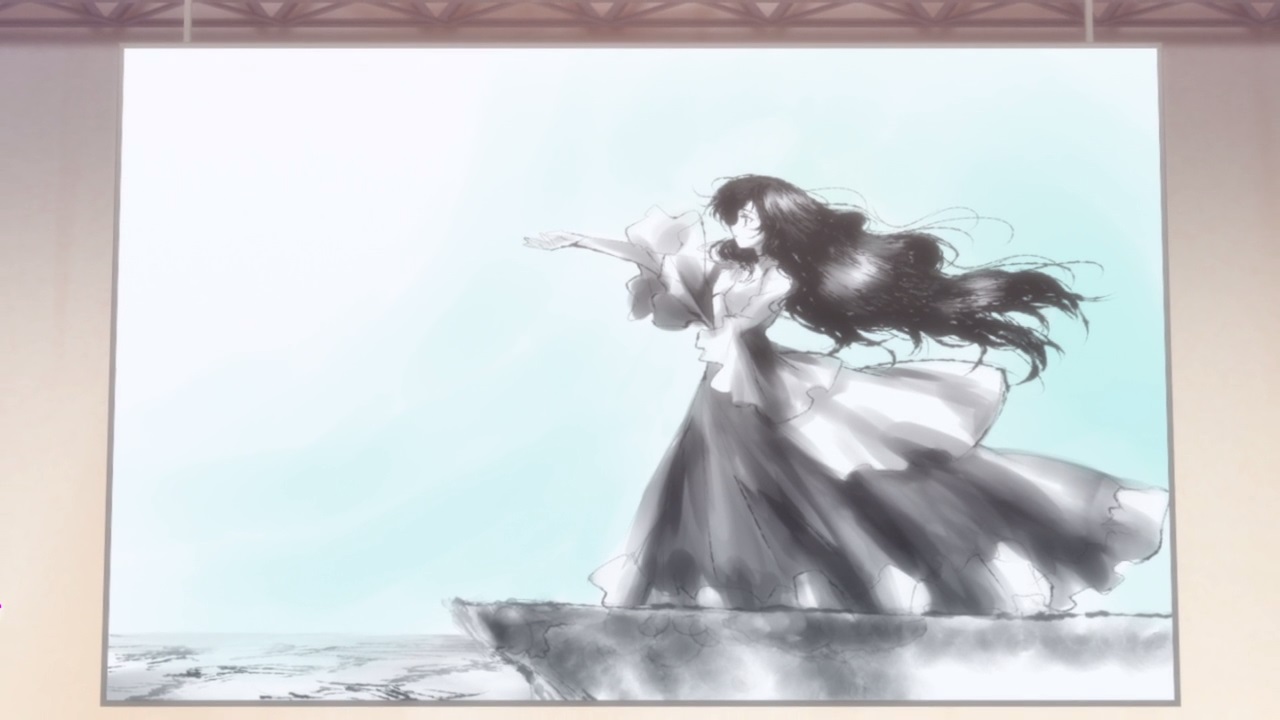 And look, Kiriyume finished this illustration once Lein de famille are done with their performance. Gotta say that it still looks good just like that mural!

With that said, it’s the end of this week’s episode as Kiriyume has become a happy girl. After all, she has friends now but let’s just say that Kiriyume is still jealous that the three girls from Little Wing are being clingy towards Kyo Nukui.