Posted on September 8, 2017 by benigmatica 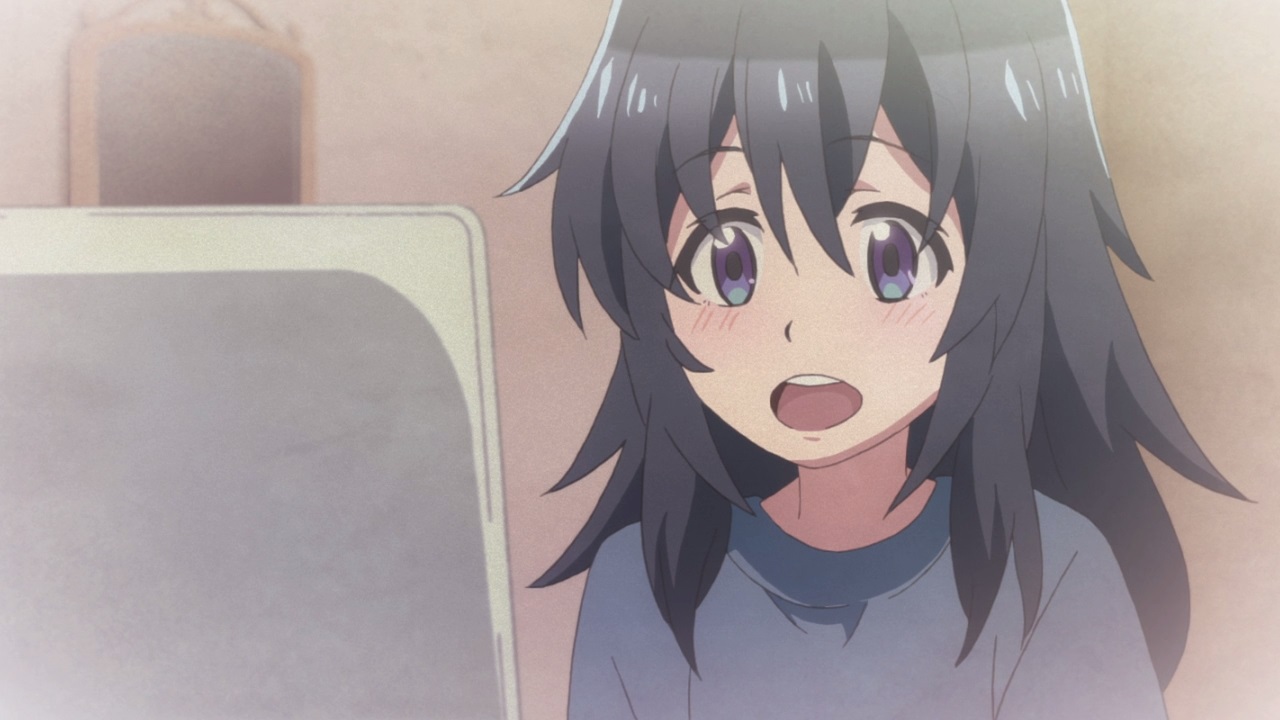 This is Chiaki Hoshinomori, obviously known as a player of a certain Granblue Fantasy-like smartphone game named MONO-san.

Of course, Chiaki is known for being a game developer under the name of NOBE-san, something that Keita Amano couldn’t believe it. 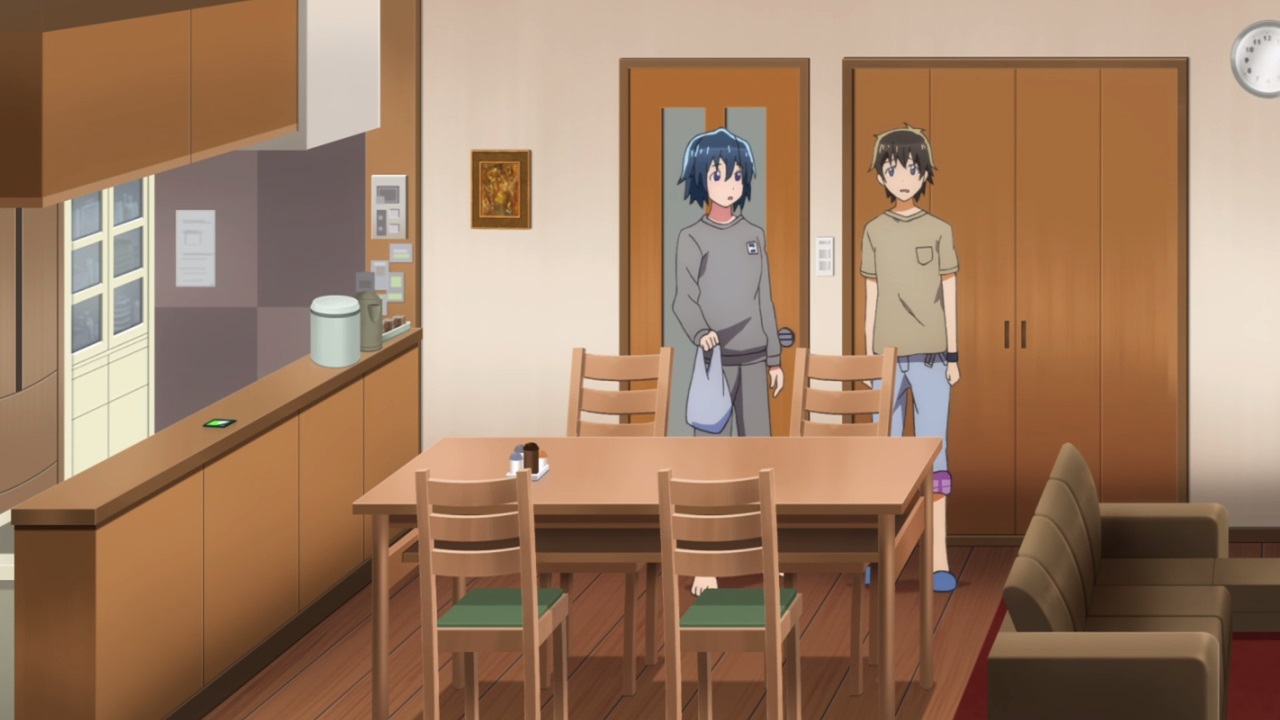 Anyways, Chiaki invited Keita-kun to her apartment in which that’s out of the norm coming from her… unless Chiaki knows something that she doesn’t want to tell to Keita. 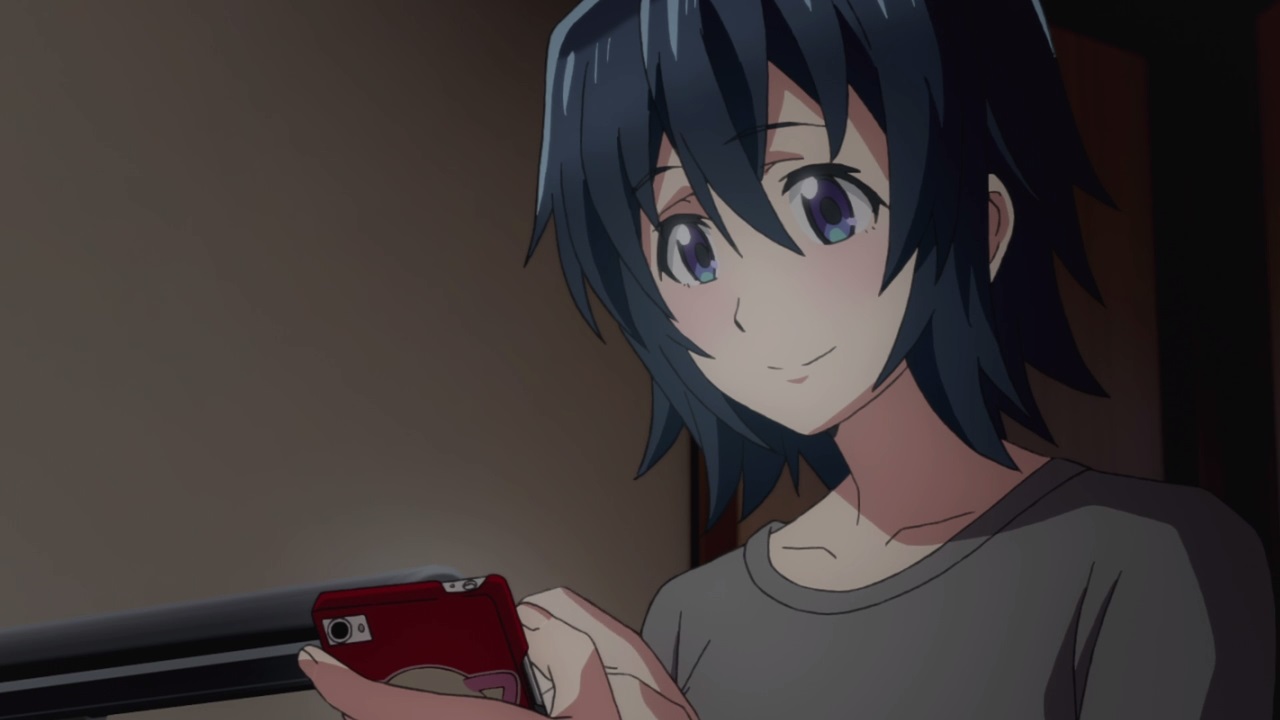 I mean, she knows that Keita is actually Tsucchie and it seems that Chiaki is starting to fall in love with him.

Then again, it’s too late because Keita Amano has Karen Tendou, which he believes that Karen is best suited towards Tasuku Uehara who currently has Aguri-san as his girlfriend. It’s very complicated! 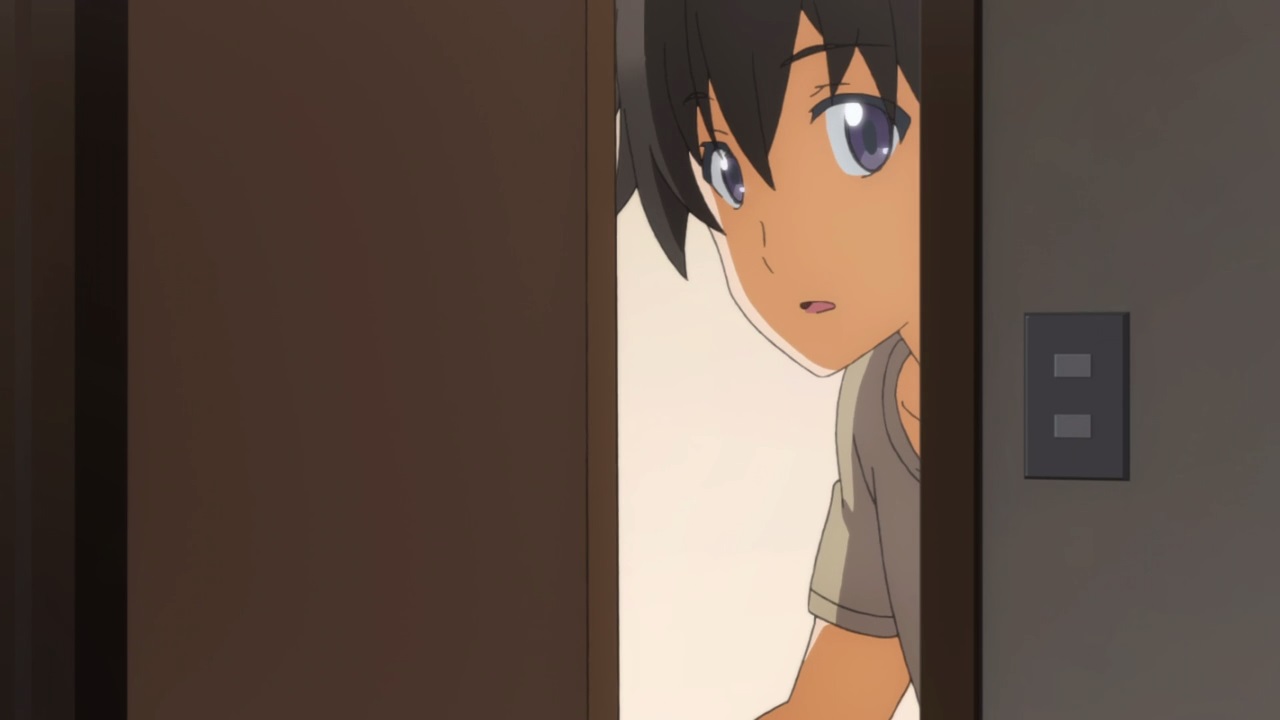 Now then, here’s Keita Amano as he checks on Chiaki Hoshinomori. Um Keita-kun, you should have knocked the door first before going into a girl’s bedroom. That was rude! 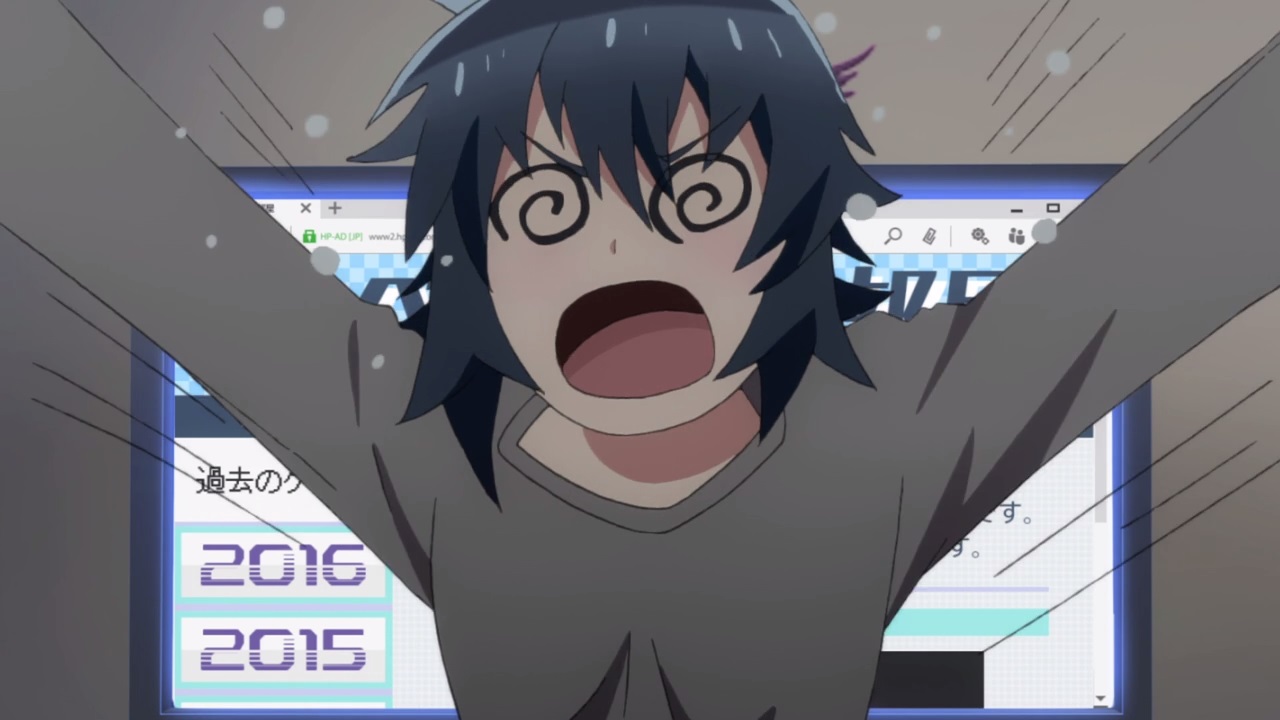 This prompted Chiaki to go into Panic Mode as she doesn’t want Keita to know about her alter ego! 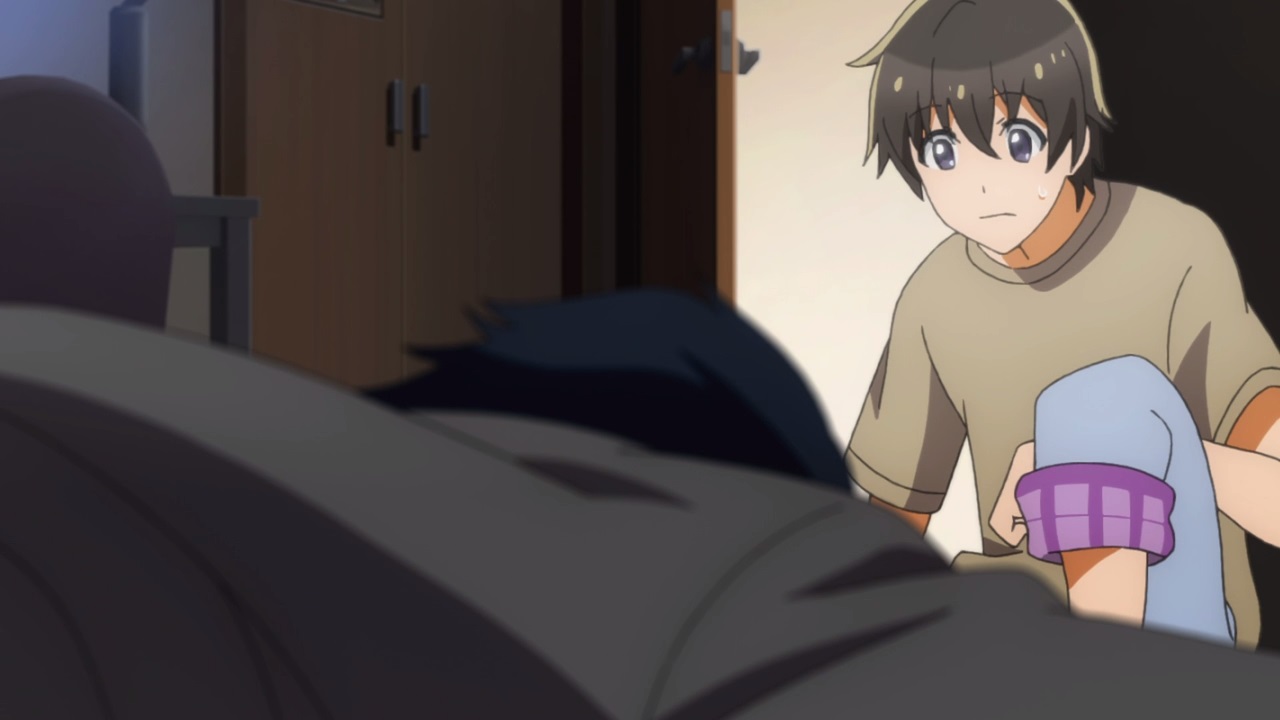 But alas, Chiaki got so flustered that she got tripped in front of Keita. Well, that was embarrassing! 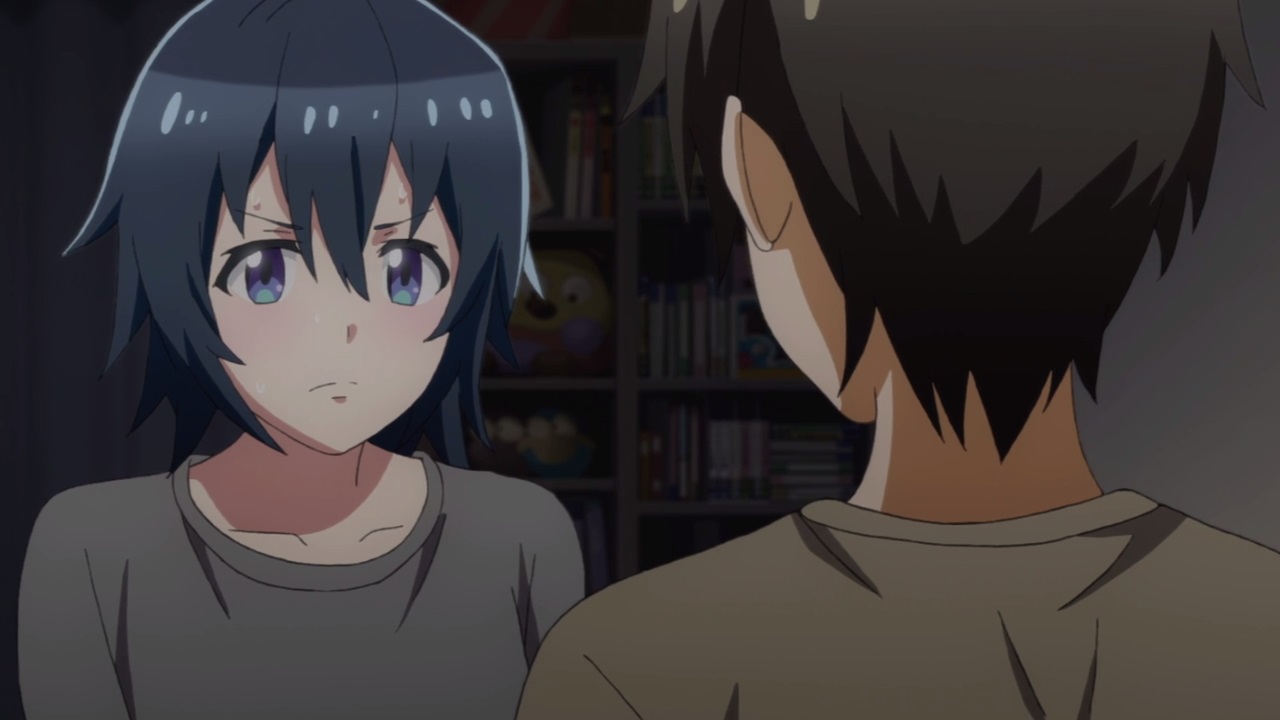 Anyways, seems that there’s no other choice for Chiaki Hoshinomori than to tell Keita Amano about her real identity of both MONO and NOBE… 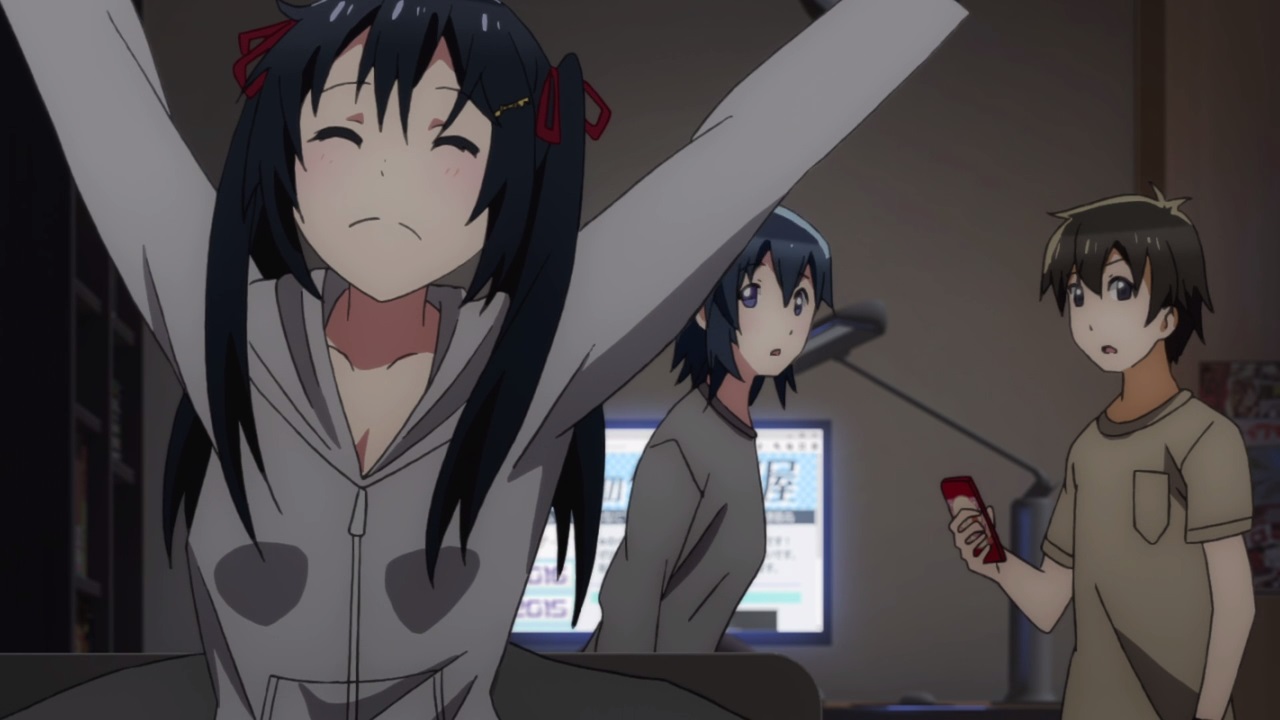 …only to get interrupted by her sister Konoha. Goddammit, future harem queen!

Oh yeah, Chiaki took this opportunity to tell Keita that MONO and NOBE are actually her sister. Really Chiaki, are you gonna hide your alternate persona to Keita-kun forever!?

You know what, I feel that it’ll take a long time for Keita Amano to figure it out about MONO and NOBE’s true identity. Then again, only Tasuku Uehara and the rest of the viewers know about it. 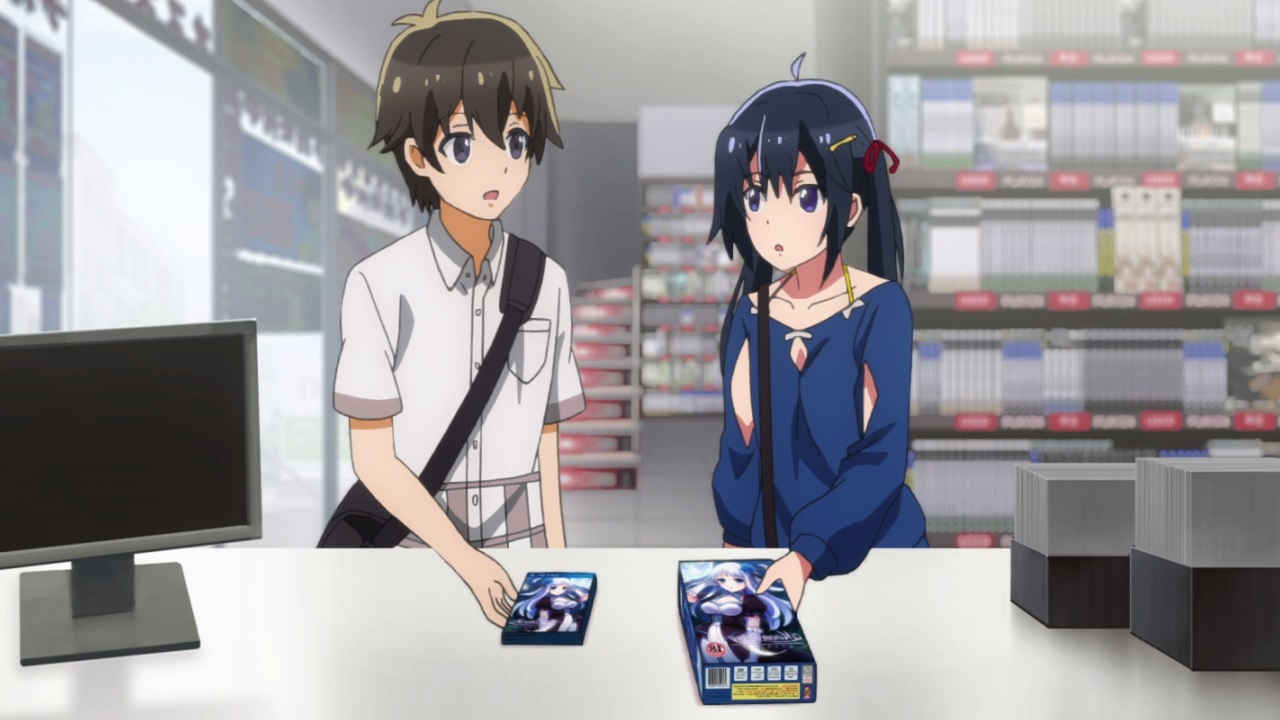 Meanwhile, seems that Keita-kun encountered Konoha as she buys the R-18 version of Moon Story. And by the way, Keita Amano is a scrub that he chose the all-ages version of the same game than the R-18 one! 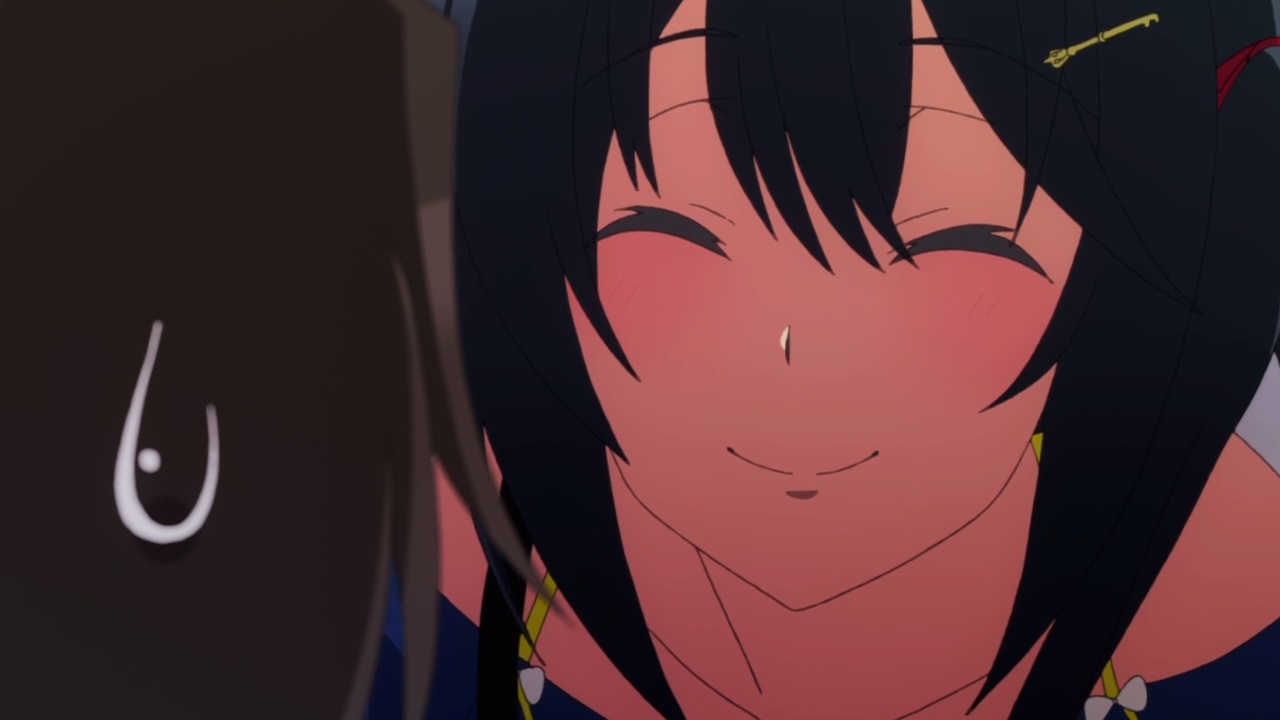 Now then, let’s go back to Konoha as she told Keita-sempai to keep her hobbies a secret, especially Chiaki in which she detested anyone who plays eroge. Yeah, I feel bad for Konoha-chan and her predecessor Ken Sugisaki.

Looks like the misunderstanding continues on this series, and it’s gonna get worse when there’s news that Uehara is about to confess his feelings towards Hoshinomori. Really Tasuku, are you gonna cheat on Aguri-san now that you’re adding Chiaki too!? Ugh, I can’t bear to look on next week’s episode…